The campaign for CineStill’s new colour negative film, 400D, has been so successful that the US film brand has now announced plans to release the film in 220 format.

The company announced the new format on Tuesday (12 April) and said that the CineStill crowdfunding would be extended another week now that more that 10,000 people had pledged money towards the new film.

CineStill touts the new film as a fine-grained colour negative film which can be push-processed to ISO 800, 1600 or even 3200.

“Because of the incredible response and support from the analogue community, 400D in 35mm, 120 medium format, and 4×5 large format has been fully funded – and now that we reached 10,000 backers, we are unlocking this film in the beloved 220 format, making it possible to shoot a new colour film in all the cameras that use 220,” CineStill said in a press release. 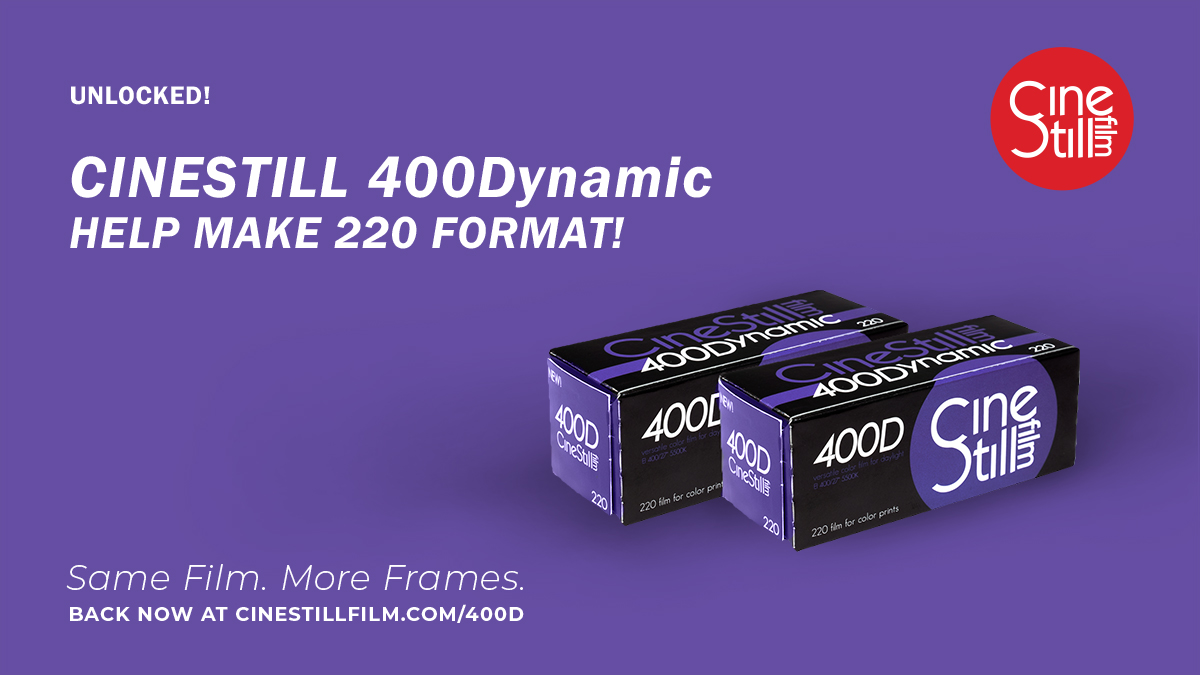 Once a favourite of wedding and editorial photographers, 220 films essentially gives double the number of exposure as a roll of 120 – shooting on a 6×6 camera will give you 24 frames instead of 12, and on a 645 camera 32 frames instead of 16.

“CineStill has always been passionate about making film more accessible and has been investigating a way to make this format available to photographers again. 220 film was originally introduced in the 1960’s and has only been available through expired film stocks and very few black-and-white film manufacturers in recent years. It is the same width as 120 film, but has double the length (144 cm), allowing photographers to have twice the number of exposures per roll, making it an ideal film format for wedding, documentary, and commercial photographers.

“We have been working with partners across the world to develop solutions that are both viable and cost effective and we have found a path forward, but there are still plenty of risks in trying to bring back this format. That is why we need the community to show us how many backers want 220film. This helps justify the resources, time, and training it takes to make this film format available again. If successful, we expect to have completed testing and begin the manufacturing process in the fourth quarter of 2022, with expectations for fulfillment beginning in December 2022.”

CineStill also said that if it was not possible to produce the film due to lack of demand, backers who had pre-ordered 220 film would receive double the number of 120 rolls instead.

Can I participate in the 220 project?
(I have been stranded in the Philippines since March 2020 and now treated by Immigration as a criminal. Penalised for being a slightly forgetful 72 year old. .. having 220 back in stock would be a nice little light on the horizon. All my camera gear, Hasselblad and Linhof is rotting in Thailand. Yeah, that’s off topic but my 220 mags for Hasselblad and Linhof are waiting to be used again.)