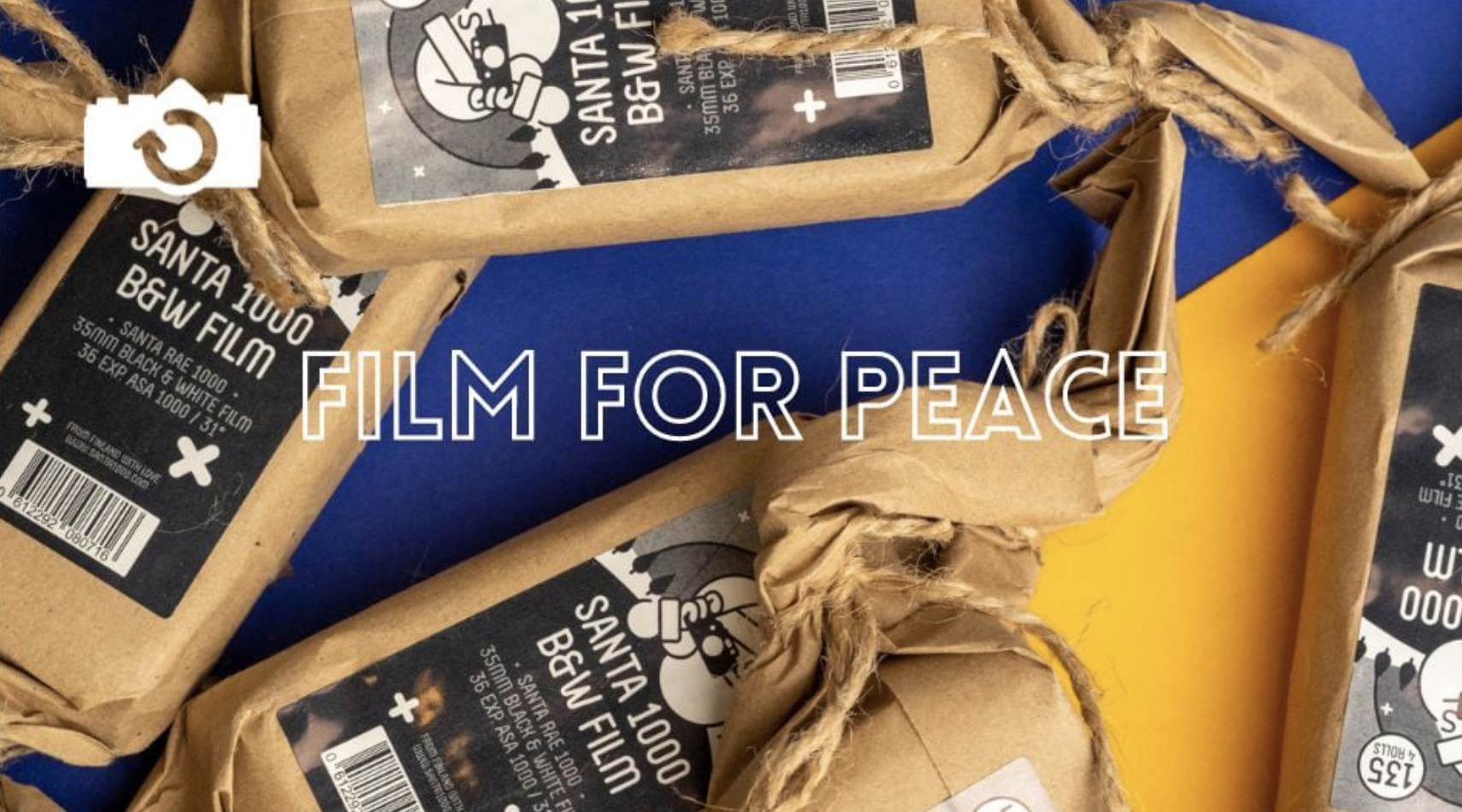 Two European photography businesses are donating proceeds from the sales of certain films to humanitarian agencies following the Russian invasion of Ukraine.

Finland’s Kamera Store says it is donating profits from the sales of its Santa Rae 1000 film, which is a Russian aerial surveillance film.

Meanwhile, German experimental film brand Kono! says it is donating profits from the sale of its Monolit 64 film, which is made by Astrum in the old Svema photographic plant in Shostka in eastern Ukraine.

Kameratori said in a Facebook post: “We’ve been selling Santa black & white film for a while now as our in-house film, but it’s always had a secret. Until recently it was a secret we were proud of, but recent events have changed our perspective.

“This film stock was not available worldwide and we found a way to make it for you all. We bought bulk film and spooled it by hand, making over 10,000 rolls over the course of the Santa production run. All of that is coming to an end, though.

“The truth is that Santa film is made from a Russian air surveillance film. This film is still produced, available, and profitable for us as a business, but we won’t be making any more until there is regime change in Russia. The war in Ukraine must end.

“Right now, we have over 5,000 rolls of this special film stock ready (in both 35mm and 120). As this situation progressed, we thought about what we could do with it and how we could help. It’s a difficult situation to be in.

“Being from Finland, we understand what it looks like to have hundreds of thousands of men with thousands of tanks rush at you from the East. We also know how long the recovery process for the people of Ukraine will be because our families still have scars 80 years after our war.

“We’ve decided to sell the film and donate the entire cost to Ukrainian families in need. If it’s all sold, we’ll end up putting around 35,000€ towards humanitarian aid. We’ll post updates on amounts donated and which specific charities we donate to on the Santa film Instagram page (@Santa1000) so check that out if you’re interested.

“Otherwise, we ask the film community to come together to bid this film farewell and to support our friends and allies in Ukraine as they struggle against tyranny.”

Kono! has also published a statement on its shop listing for its Monolit 64 film.

“Like everyone else, we are too devastated to see the war in Ukraine. For several years we have been producing our Monolit films there with our partner Svema in Oblast, Sumy.

“The latest delivery was sent to us on the 18/2/22 and arrived last Saturday, we haven’t heard from them since. After consultation with our friends at Foto Vramke in Kyiv, we decided to donate the entire profit of these films directly to the Red Cross.”

Kosmo Foto also contacted Astrum last week after the fighting began. There has been no contact from them since Friday (25 February). Shostka, the city where the Svema film factory was set up in the 1930s, is only around 40km (25 miles) from the Russian border.

Hey, thanks for sharing this. I got a bunch of the 1000 film and then did I maybe get the last two of the 64? At any rate, it’s lovely of you to post this. Thanks for making us aware!