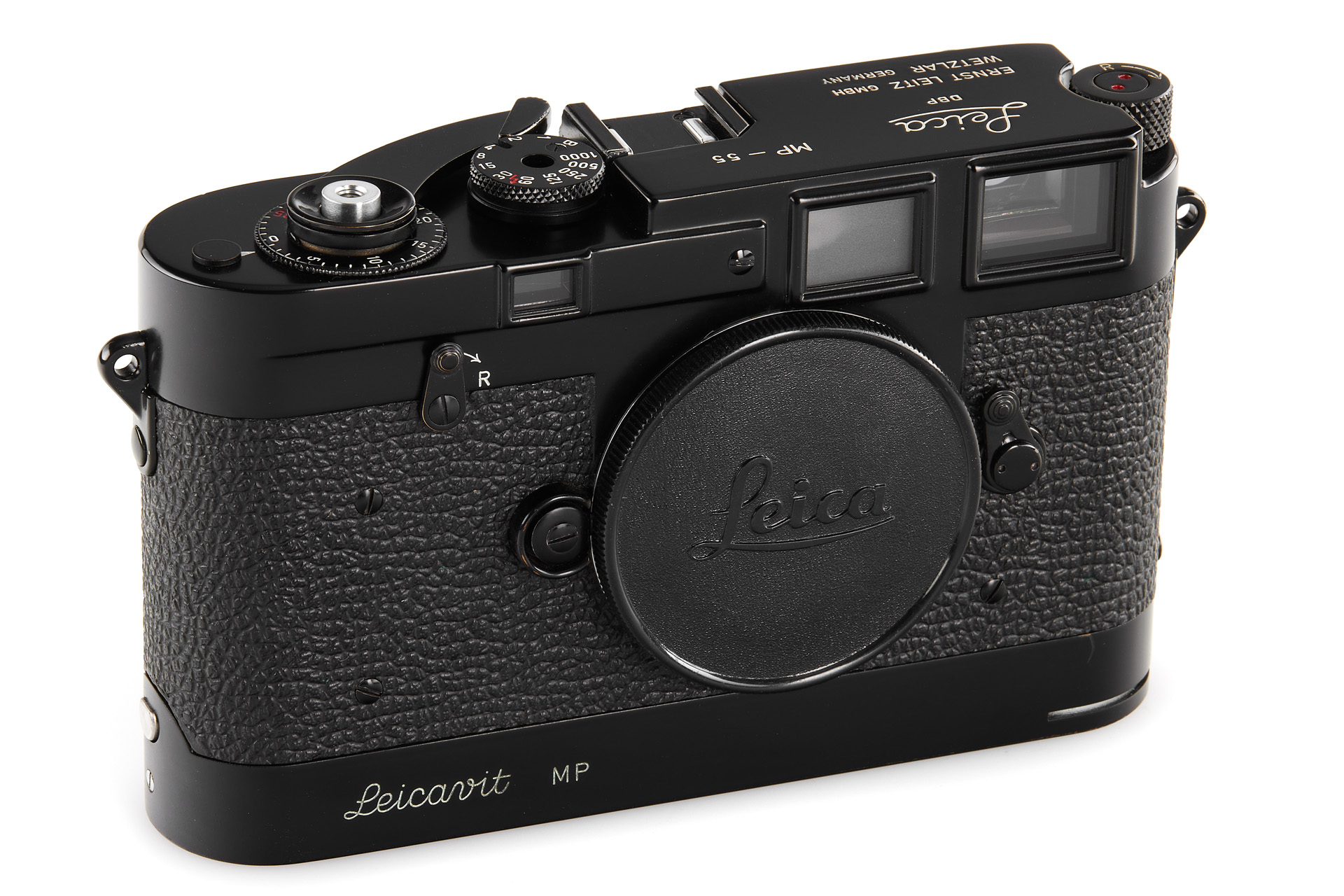 The camera camera complete with a Leicavit trigger, a trigger wind which was originally behind the decision to make the camera. Only 412 Leica MPs were made in the 1950s.

“Today it is among the most sought-after Leicas of all,” Leitz Photographica said in their listing of the camera. “The idea which led to the production of the MP model came from several well-known American press photographers, who wanted to make use of the advantages of the Leicavit (available at that time for IIIf only) on their Leica M cameras as well.

“It was mainly the suggestion of Alfred Eisenstaedt and David Douglas Duncan which aroused the interest of Dr Ludwig Leitz, who was the director of the development and construction department in 1955.”

The camera was described as having only minimal signs of use and had originally been exported to London in July 1957.

“The Leica MP is one of the most important Leica cameras made and probably the one that started the trend of black paint M cameras being used by professionals and loved by collectors nowadays.”