A new book which documents analogue photography from all over the world during the Covid pandemic has launched on Kickstarter.

‘Photography through the Pandemic’ has been curated and compiled by British photographer Holly Gilman with the help of 35mmc’s Hamish Gill. It has brought together 49 photographers across the globe.

The book, which will have more than 200 pages, is seeking to raise £12,000 and the Kickstarter campaign runs for 60 days until 25 December. In less than 24 hours the campaign has already raised more than 14% of the required target.

“It is a look at the myriad ways that the Pandemic has affected photographers from all around the world and from all different backgrounds. The connecting factor being a love of analogue photography and a desire to continue to create during these universally difficult times,” a press release for the project says.

“Within this book are the voices of a hugely diverse selection of people from all over the world, including people from different cultures, different races, genders and sexual orientations. With this comes an enormous variety of experiences of this strange time we are living through. But whilst the experiences, stories and photos are different, everyone who contributed to the book is connected by their response as a human being, as well as a shared passion for film photography and alternative photographic processes.

“But this book isn’t just about photography, it is about shared experience, the different ways we as humans respond to crises, and how we learn to cope in our own individual ways. 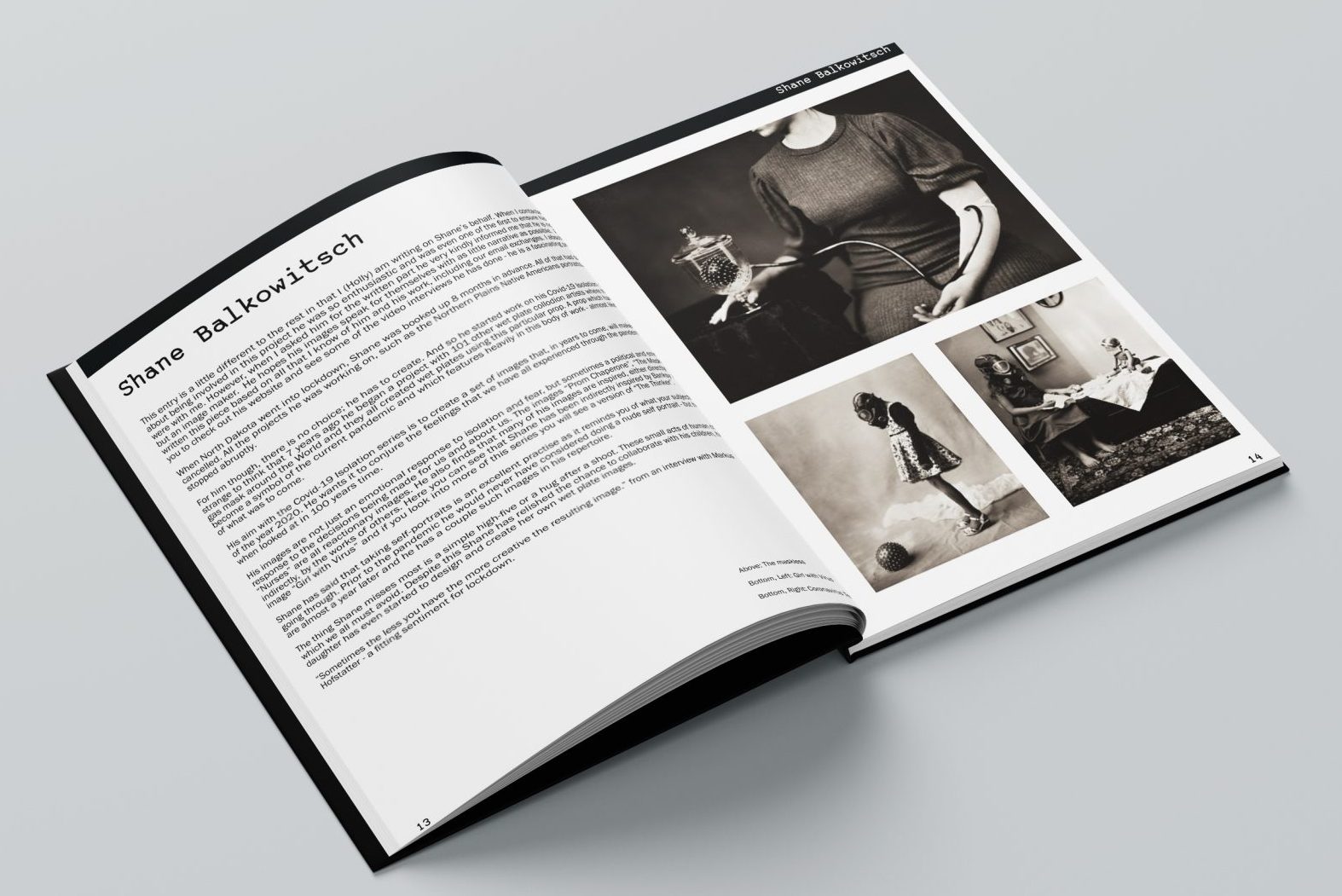 Gill says: “Fundamentally, this book is a photobook. It’s produced by a photography blog, curated and compiled by a hobbyist photographer, and contains the photos and words of people who consider themselves to be photographers. But somehow I think the book is greater than the sum of these parts. To both myself and Holly, it feels like a document of a moment in human history, and therefore is not just relevant to other photographers, but to anyone who is interested in how we as human beings responded to such difficult times.”