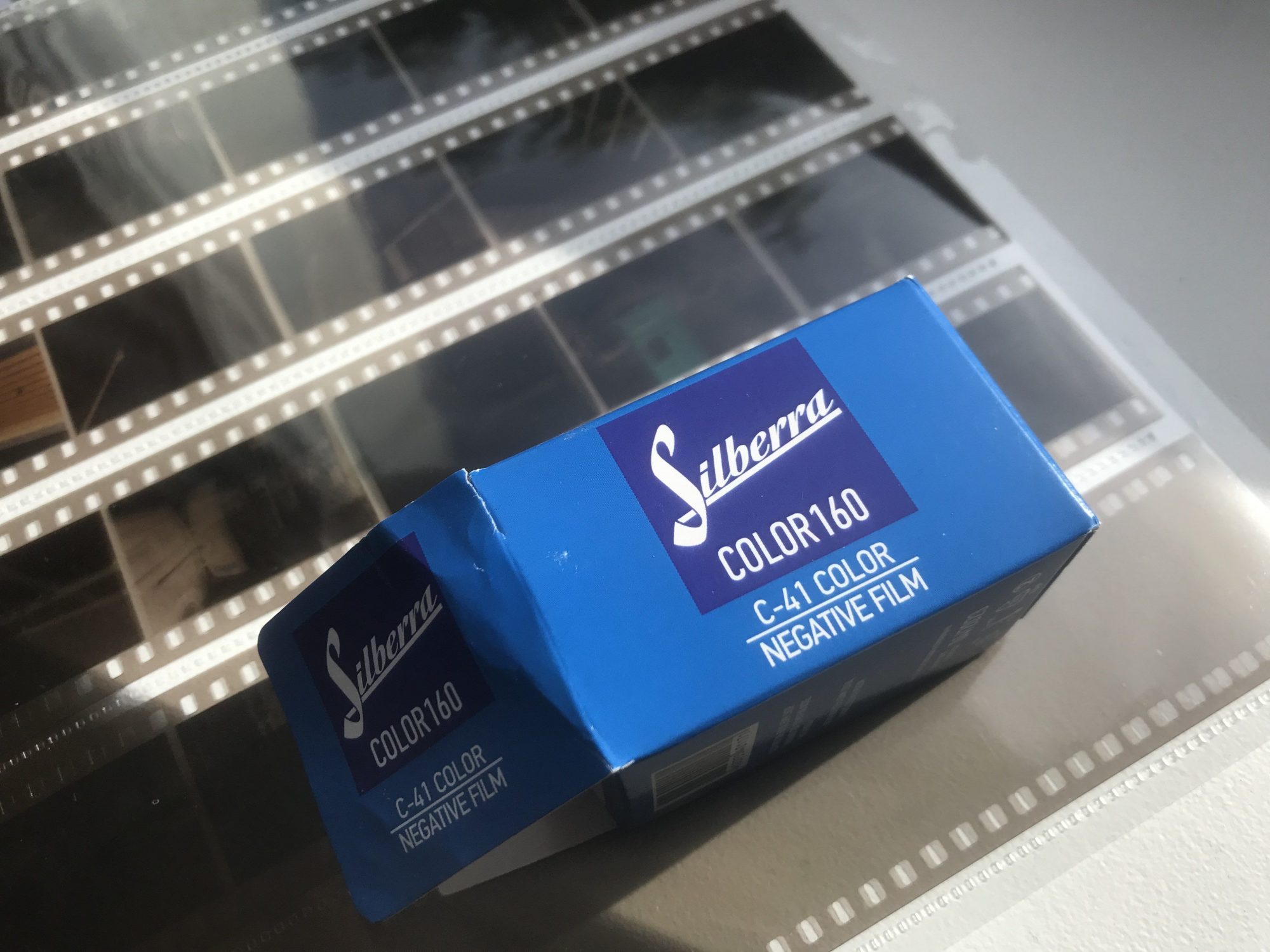 One of the bigger surprises during the recent film renaissance has been the emergence of a new film producer in Russia, Silberra.

In Soviet times, the bulk of the USSR’s film was made by Svema in Shostka, now part of Ukraine, and Tasma, in the city of Kazan. This new player, instead, came from St Petersburg.

Thought the company was formed as far back as 2009, the Silberra name was only launched in 2017 when its founders unveiled an Indiegogo campaign to launch six black-and-white films. Since then, the company has released a total of 13 black-and-white 35mm film – including two orthochromatic films – and made them available through dealers in Europe and elsewhere (though many of the original Indiegogo funders are apparently still waiting for rewards).

However, Silberra has now branched out into colour products aswell. 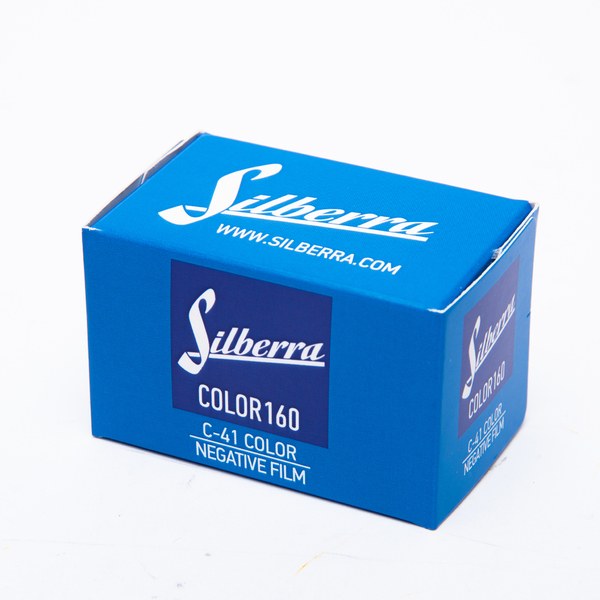 Kosmo Foto was made aware of a 100-ISO colour film under the Silberra name in 2020, and at the end of last year was given a roll by London’s Photographers’ Gallery bookshop of an entirely new film, at that time not even advertised on the Silberra website – Color 160.

Further investigation shows Silberra has another colour film on offer, this time a 50-ISO emulsion. 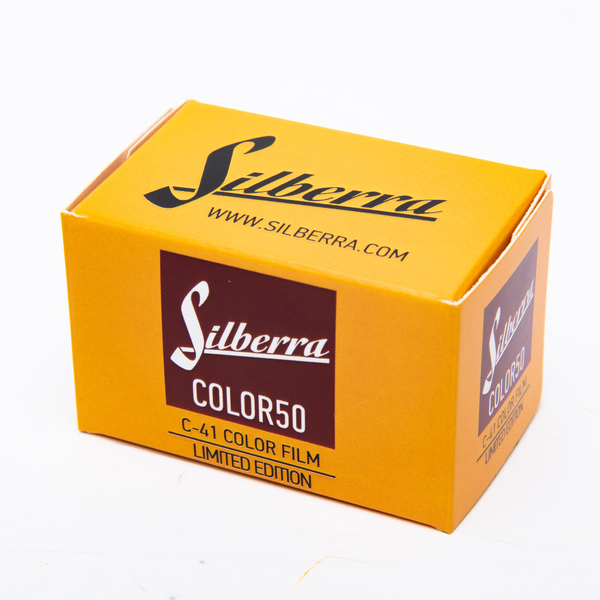 After the cull of film manufacturers in the 1990s and 2000s, pretty much the last major film manufacturers are Kodak, Fujifiml, Ilford, Adox and Foma; Agfa-Gavaert produces film too, though mostly under third-party names. Other manufacturers – like Tasma in Russia and ORWO in Germany – don’t produce still camera films under their own name but do make emulsions available for other parties.

Making colour film is an especially expensive, complicated and time-consuming process, which is why new colour films have been an especially rare sight over the last decade. It was a fairly safe assumption that whatever Silberra’s new films are, they were rebranded stock of an existing colour product. But this week Nico Llasera of YouTube channel Nico’s Photography Show discovered something intriguing: under each of the listings on its online shop, Silberra says “the film was coated especially for us and you may enjoy it for a long period: we suppose to have it in stock permanently”.

So are Silberra’s films something entirely new?

“We’re bound to classify the coating place by the contract, but that’s new stock and we’ll keep it available. We may state the next things about the emulsion and its properties:

“As most of Silberra films this one is not available under any other brand at mass market.

“It was coated by special order and we hope to have a kind of exclusive rights for it since the next coating. We don’t have access to the formula of the emulsion, so it was made to comply with described quality and properties.

“We’ve got different feedback from different photographers around the world about the colour rendering of the emulsion. Some of them say that it reminds them [of] good old Kodachrome, some of them name other films. To avoid direct comparisons with different brand names we may say that it was made to provide natural colour rendering with slight shift to magenta. Magenta tint was inevitable due to the original formula of the emulsion which was used to create the final product.

We don’t have access to the formula of the emulsion, so it was made to comply with described quality and properties -Konstantin shabanov, silberra

“This tint comes and goes with ISO: the lower is the ISO – the less is the tint. Push or pull processing of the Color films won’t shift colour render significantly, but it will enforce or degrade magenta tint also.”

As indicated above, Silberra isn’t able to divulge exactly who is making their colour films, and the films themselves don’t offer much in the way of clues – Kosmo Foto has already developed (but not yet scanned) the roll of Color 160 which shows no edge markings at all. (Note: We’ll be following this post with a first roll report in the coming weeks.)

The Color 160 box only states that the film is “Made in Russia”. Is some once-secret Soviet-era colour film producer now making film for this upstart brand, or is Silberra working with someone outside Russia for this new range of films?

Ay least, for me, Silberra is a scam: both my son, and myself are backers from the first seconds of the Indiegogo campaing and are still waiting for our “rewards”. And by the way: no mail, no contact from part of Silberra. Shame.

Me too. I’ll consider this film when I receive the film I already paid for.

Its Agfa Avicolor X100(type must be confirmed) or X400 overexposed. They have great latitude and this:“This tint comes and goes with ISO: the lower is the ISO – the less is the tint. Push or pull processing of the Color films won’t shift colour render significantly, but it will enforce or degrade magenta tint also.” No russia-production only packed. Agfa-Gevaert-Mortsel-production. No one else has this film-technique. no mask= best for scanning and b+w. less good for direct-wet-printing. built-in filter google specifications.

Honestly the less people that support this shit tier company the better. Absolute scam artists. This film is also taped inside the canisters so it’s bulk loaded from some ancient stock, not professionally manufactured.

Telling people it looks like Kodachrome is an absolute joke