The auction, which began this week, ends on Friday (7 May), Land’s birthday. The Polaroid inventor was born in 1909.

The auction includes a classic Polaroid SX 70 and the SLR 680 Sonar, the classic autofocus model released in the early 1990s – plus an extremely rare special edition SX 70, one of only three known to have been made.

“It was my idea to host this auction, we like to commemorate several special days as we had the 100th anniversary of Nikon auction in the past and more commemorative days in the future,” Catawiki’s camera auction curator Edwin Molenaar told Kosmo Foto.

Molenaar said his highlight of the sale is a gold-plated Polaroid SX 70. The listing says: “These cameras were made for Polaroid’s 40th anniversary and were a gift to only the most important directors of the company. The card that came with it is still there.” The camera, being offered by a seller in the Netherlands, is expected to sell for between €650 and €750. It also comes with the card presented to its original owner. 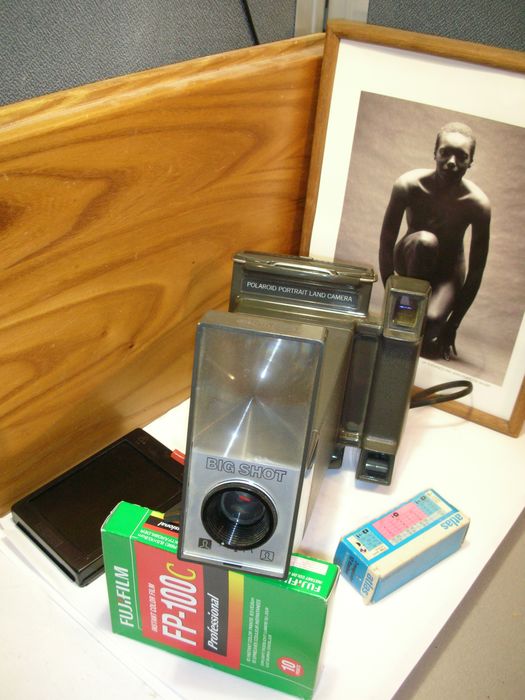 The 65-camera sale also includes a Polaroid Big Shot (pictured above), the rhino-shaped instant portrait camera made famous by conceptual artist Andy Warhol in the 1970s, as well as a limited-edition Tasmanian Devil Polaroid 600-series camera released in 1998 as a tie in with Looney Tunes.