Anyone who disassembled old Kiev or Contax has seen a complex structure of gears, all constituting an intricate mechanism.

Many people have a question in their heads: “How can this even be invented?”

Let’s follow the stages of consistent development. We know for sure that Contax tried to make a camera completely different from Leica. It was necessary to circumvent patent restrictions.

In the beginning there was Contax I without slow shutter speeds. Yes, there was such camera. You can see it in these photos. 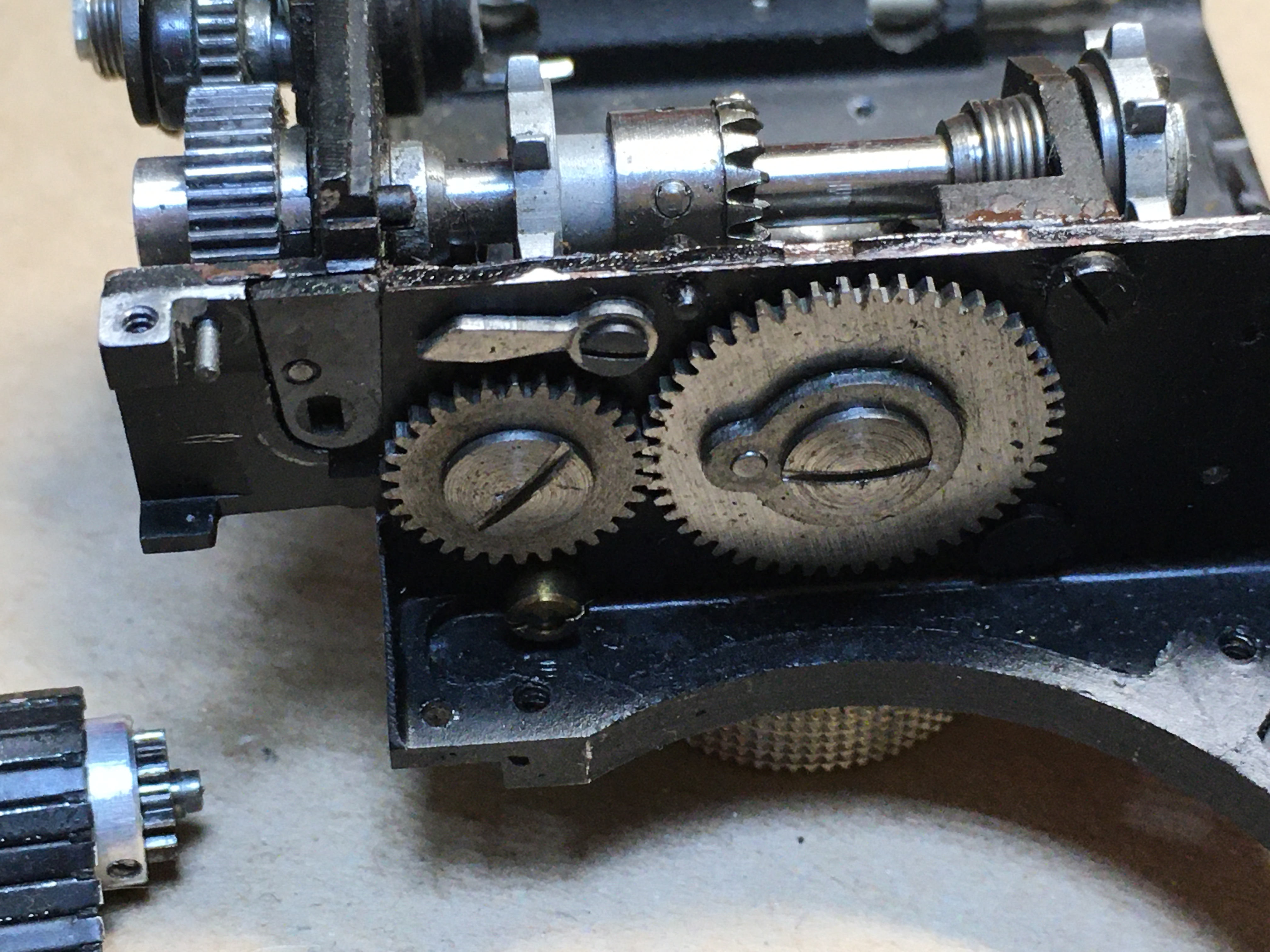 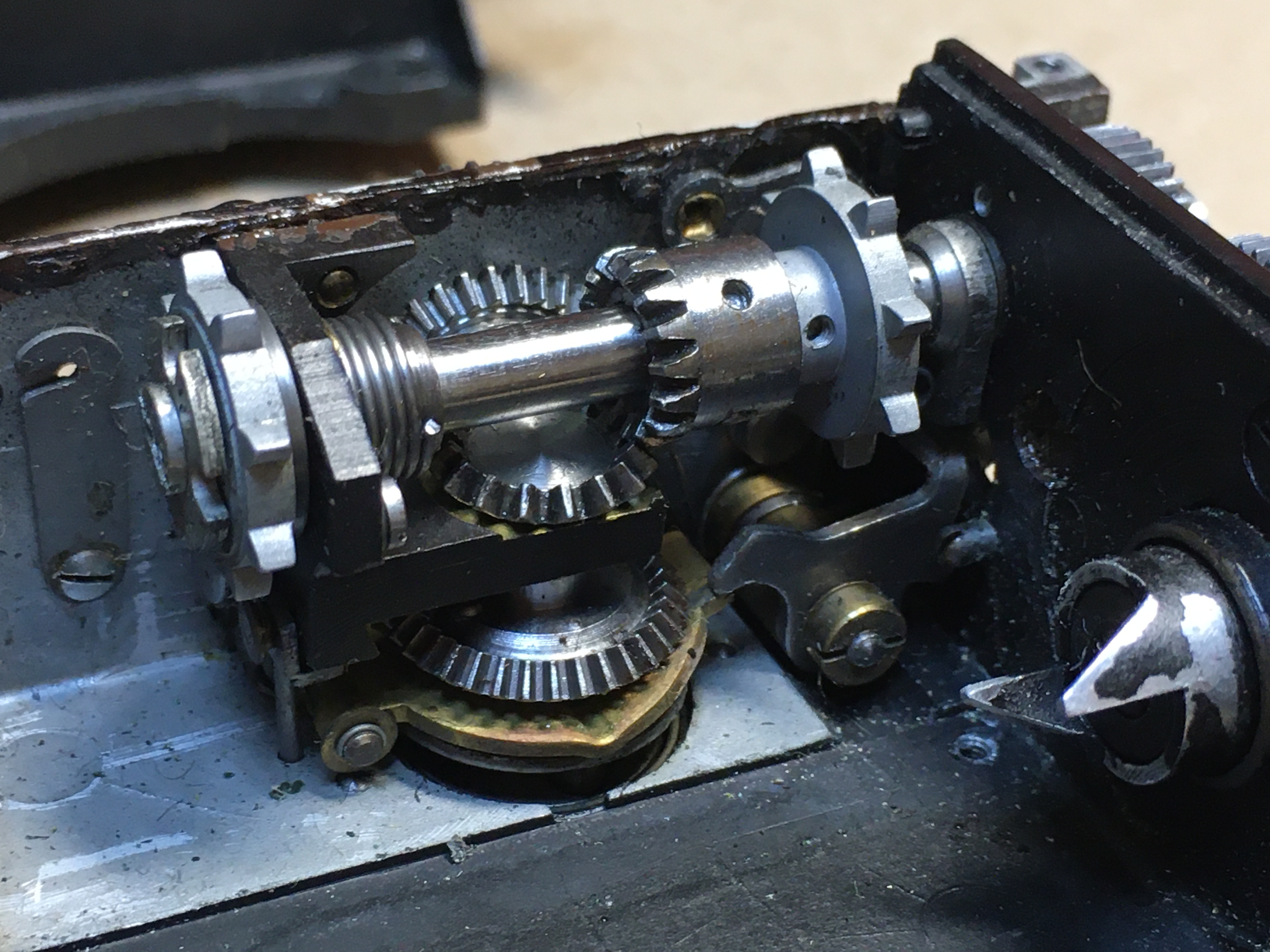 Yes, this is a Contax shutter without slow shutter speeds. Is it simple? Yes. A minimum of parts. The shutter contains curtains drums, curtain latch and several gears. A great device!

Obviously, Contax wanted to make a device of a higher class. And the next step is the complication of the shutter by adding a slow speeds governor. 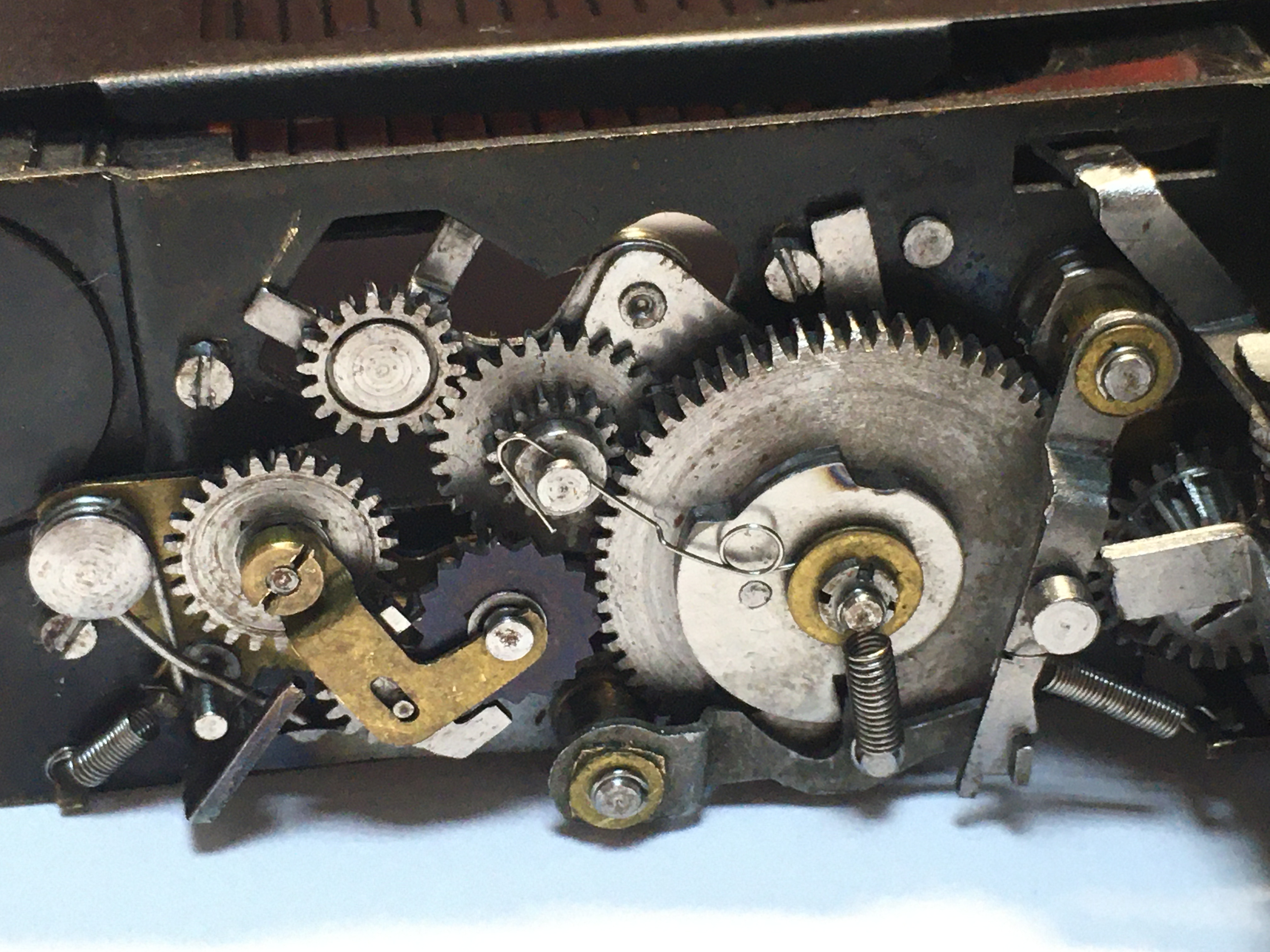 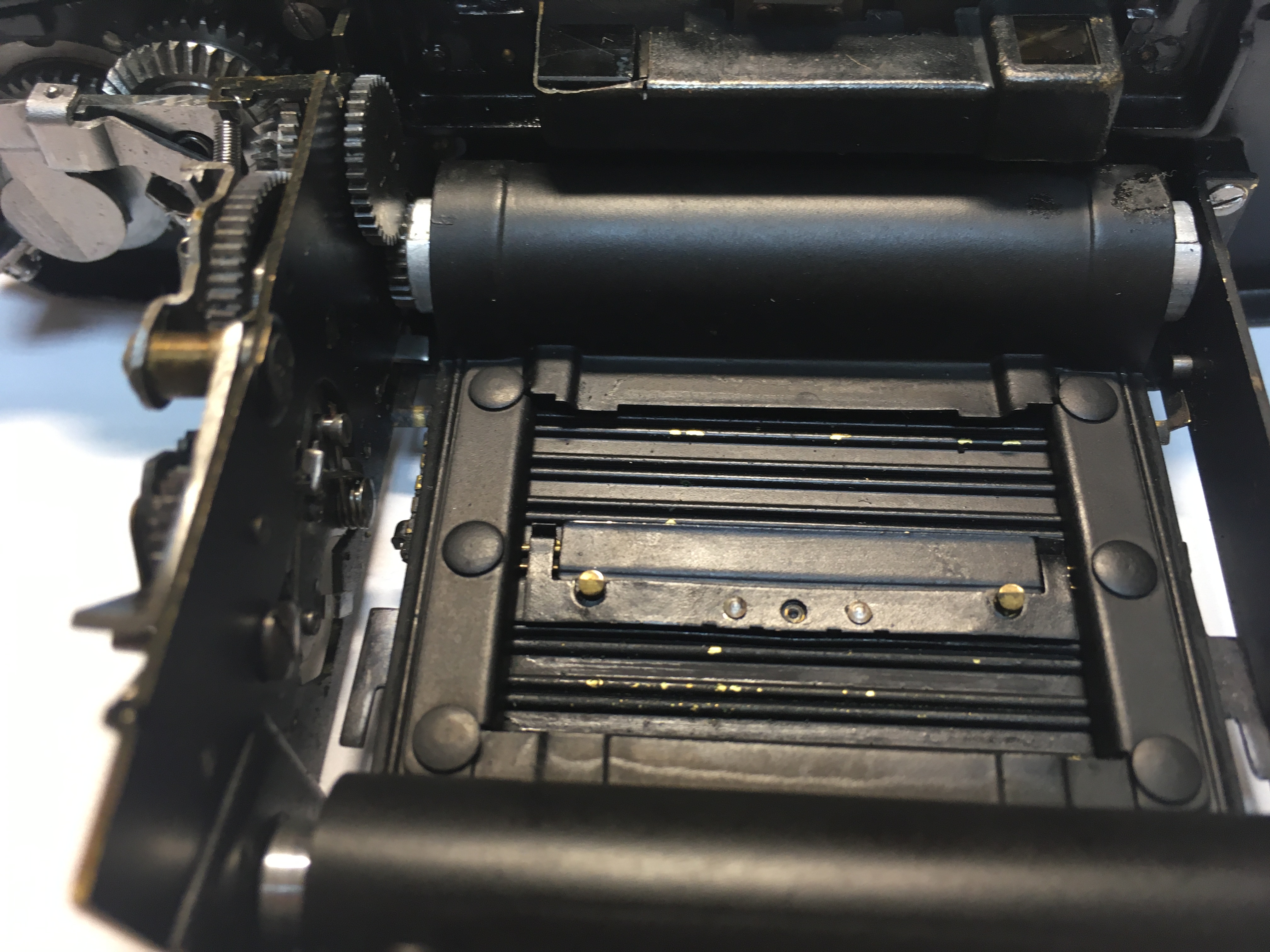 The same shutter frame, the same curtains, the same curtain drums. Even the same mechanism for locking the curtain in the upper position. But the mechanism has become a little more complicated. A two-mode slow-speeds governor has appeared. It works in two modes, light delaying for 1/25 and 1/50 speeds and strong delay for 1/10 and 1/5 speeds. The selecting of speeds works from the cocking head located on top. For reaching the Contax II shutter one more step was needed – the addition of more slow speeds delayers. 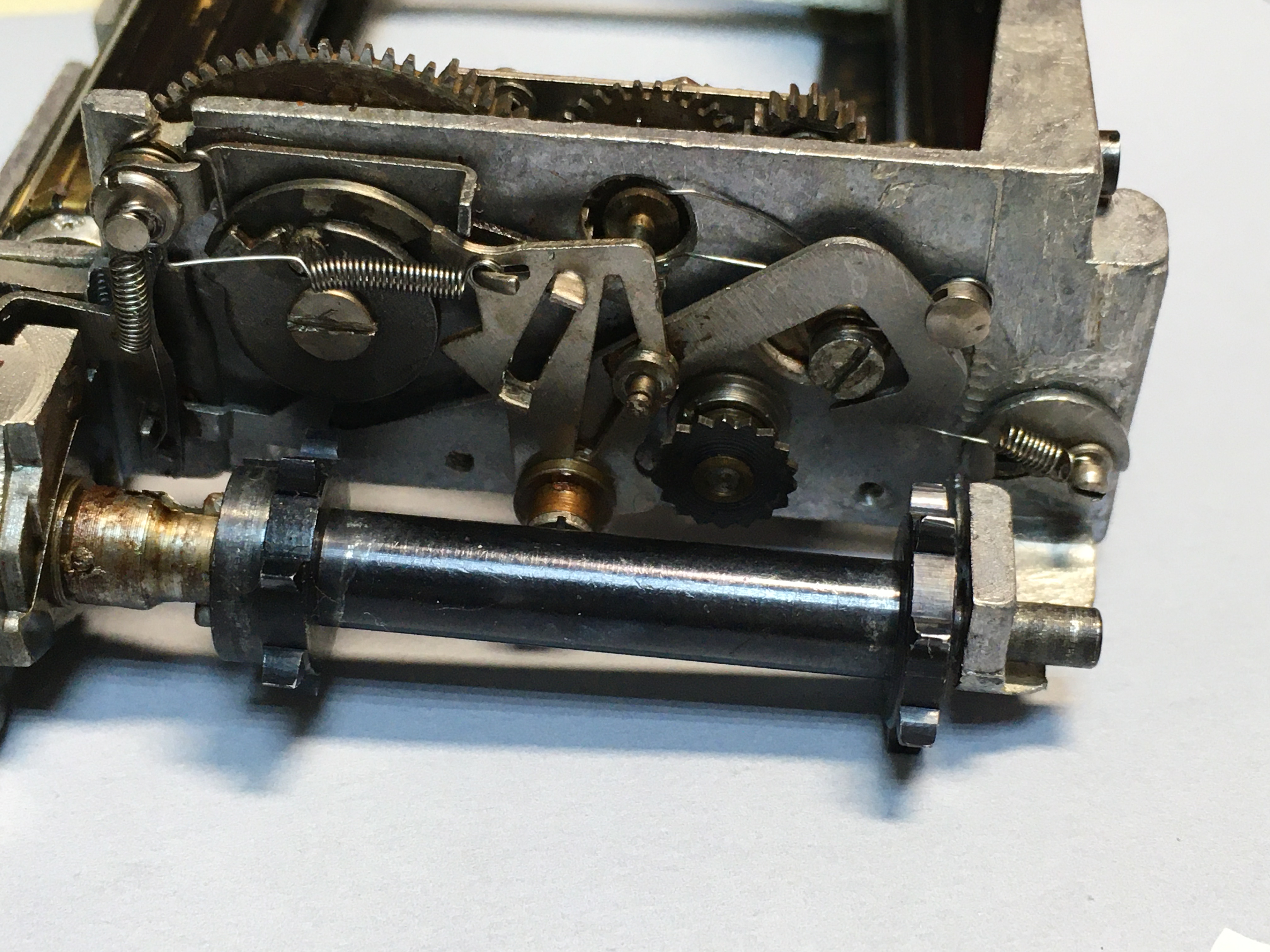 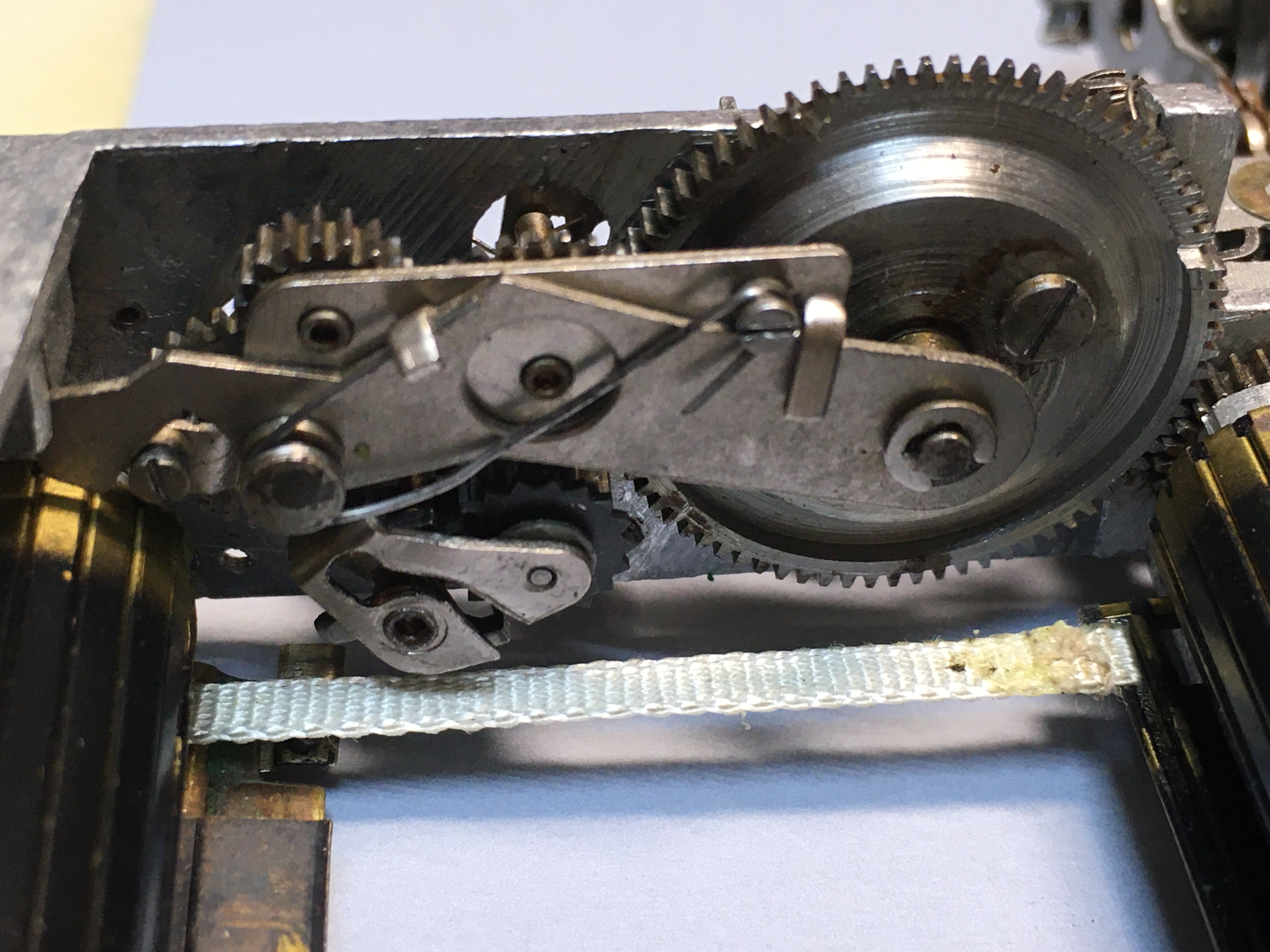 This is how through successive upgrades, a mechanical nightmare was reached, the order incomprehensible for a novice repairer. When we consider the steps in the evolution of this shutter, then everything becomes clear and logical, however. Here are three governors, each acting at different speeds.

Which of all shutters seems to me the best? I would choose the Zeiss Super Nettel version with the option of curtain coupling from Contax II. Or, in other words, the Contax II shutter with a set of Zeiss Super Nettel delayers. This option has a reasonable complexity of design and a fairly wide range of exposures.

And here I want to ask one question: so what are the advantages of the Zeiss shutters shown above? Why do they, developed almost a century ago, continue to be used in old cameras? They seem to be complex and should be unreliable. But they work!

Why? I wondered this question too. And I think I found the answer.

In order to explain, I must deviate a little in my reasoning.

Let’s turn to radio engineering. In the theory of digital radio engineering, there is the concept of synchronous and asynchronous devices. I will not give complex definitions from the textbooks, I will try to explain it simply. Asynchronous devices have individual components which change their state in response to influences from other components. In other words, each part of a composite device acts on other parts, transmitting its influence. And each part performs an action, receiving a signal from other blocks. The block does not know when it will receive this signal, but having received it from another block, it performs its action.

Another example of an asynchronous device in photography can be cited. Most SLR cameras are designed like this: the release button tells the mirror unit to raise the mirror. Raising the mirror, the mirror mechanism informs the shutter that it is necessary to work out the shutter speed. When the exposure is over, the shutter mechanism tells the mirror lowering mechanism to lower the mirror. That is, a sequential chain of devices works in the camera, the devices seem to transmit a baton to each other in their relay. And, by the way, most of the malfunctions occur when there is a “misunderstanding” between the individual units of the device.

So the fundamental difference between the Contax and other cameras is that it works using different principle. In the Contax shutter all adjustments are made before the shutter is released. The slot width is set during the cocking process. All delayers move into working positions during the cocking process. The Contax shutter “knows” exactly how it will work after pressing the shutter release button. And when you press the release button of Contax, only the springs works, pulling the curtains preset in the operating position, using the delayers set in the operating position.

This is a feature that allows the Contax shutter works for a long time and very reliably – as long as the silk ribbons are intact.

I would call an example of such device synchronous. The shutter is adjusted before it operates. Setting it carries all the information about the future process of the entire mechanism as a whole unit.

I suppose this is a good property for a technical device.

In reality, the entire history of the development of photographic shutters has taken the path of creating and developing asynchronous devices.

But if today someone want to create a new photographic shutter without relying on past technical and technological solutions, the synchronous device could be very interesting and promising.