Auction house Flints described the cameras as “chargrilled” in its listing, part of one of its regular photographica sales. Including premiums and taxes, the final price was £1,488 ($2,070).

There are no details on the listing about how the 1968-era Leica got to be in such condition, but photographer Jonathan Bloom – who once owned the camera –  told Facebook group Vintage Camera Collectors it had been damaged in a house fire. 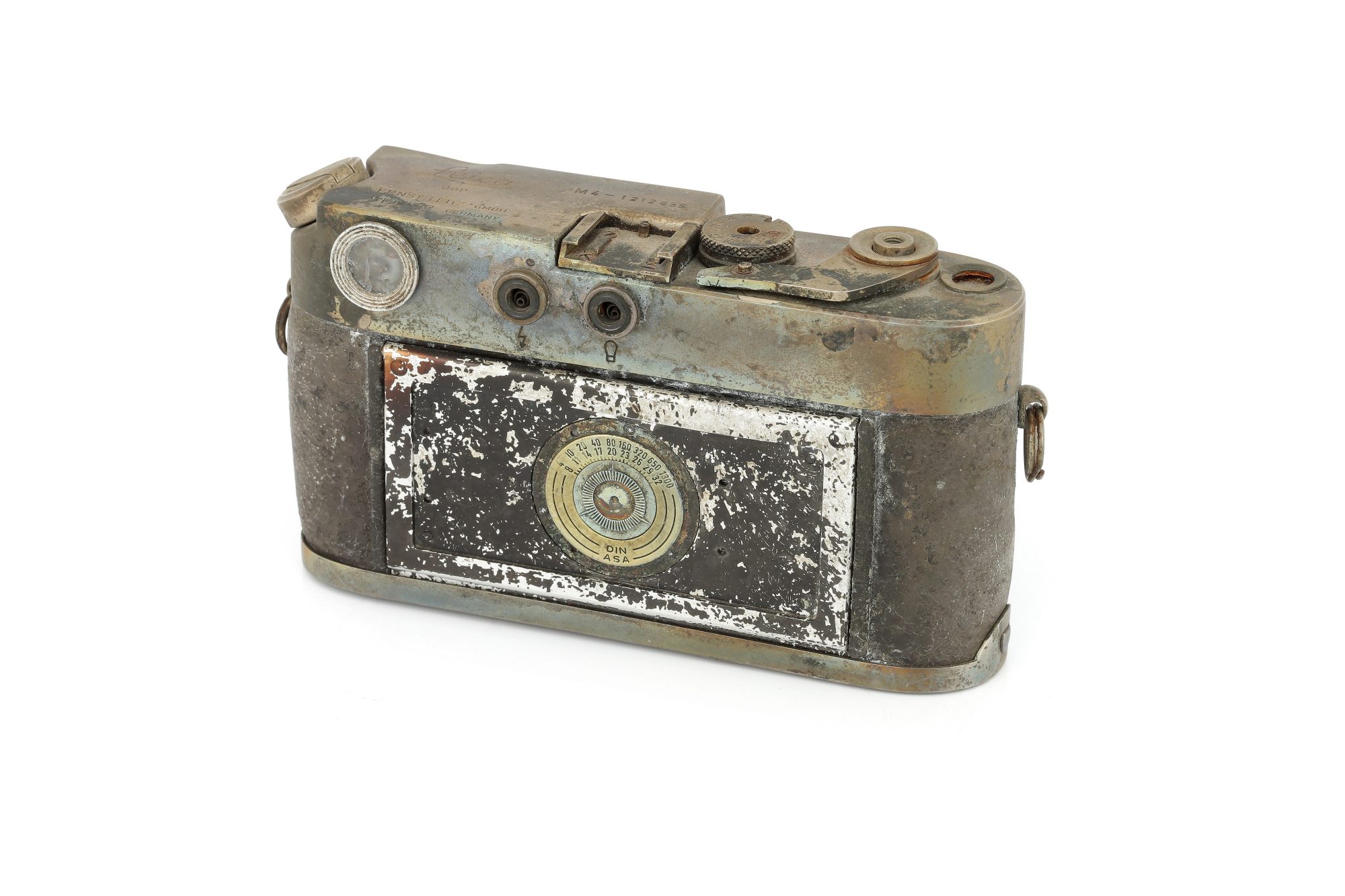 “I owned this actual camera. years ago. Bought it at a camera show. Sold it to a collector. Wound up in an auction. Now it’s here. so random. FYI; I paid $900 for it at the time. Maybe too much. Maybe too little. I thought of it as pared down to the basics of design. An object, perfect in its form. Stripped of its utility but perfect in its design. That is what’s cool about this. Anyone who bemoans the broken camera is full of s–t.”

The new owner of the chargrilled Leica has quite the conversation piece, albeit one that is unlikely to ever take a photograph again – even if the fire-damaged lens is swapped for a working one.