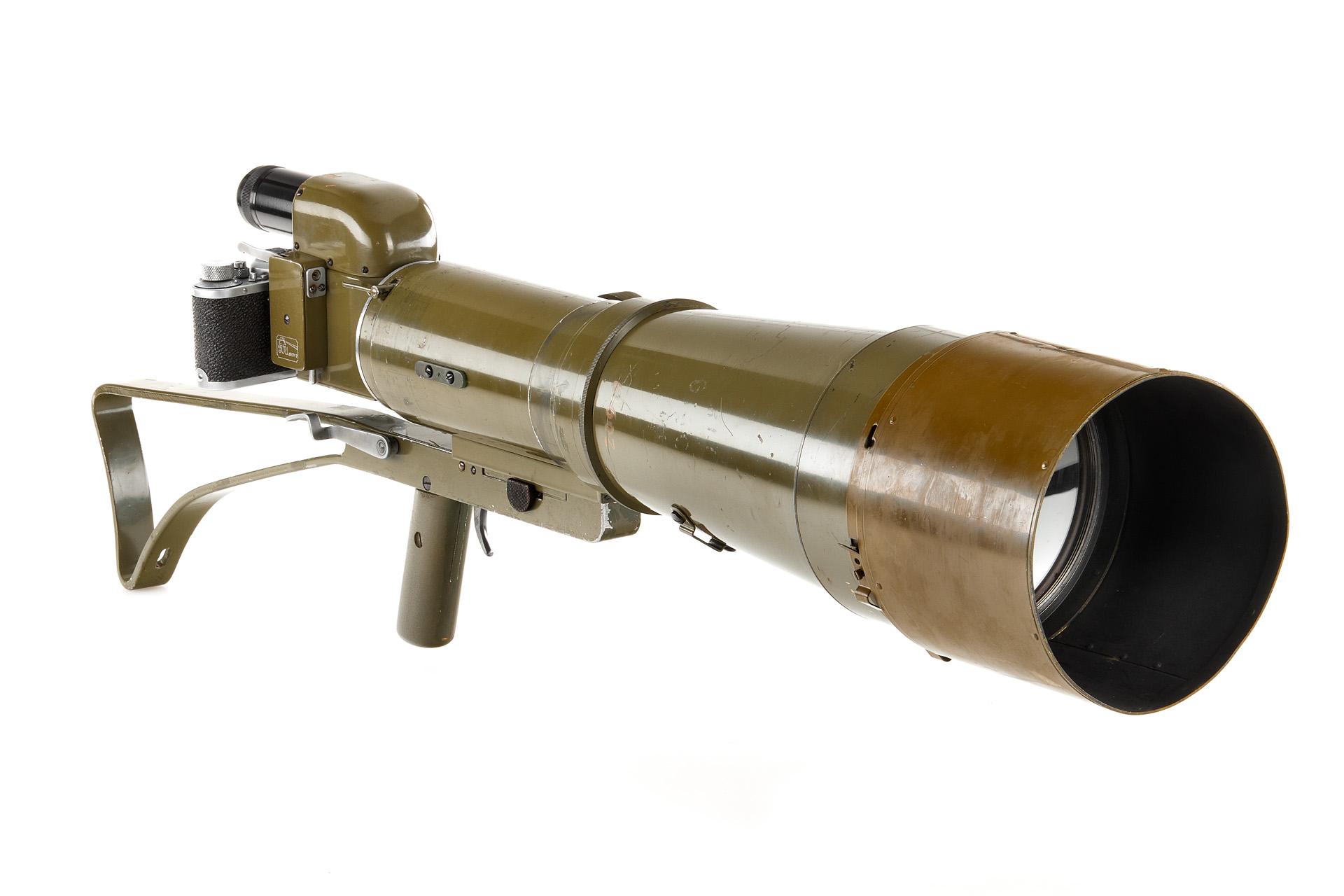 A rare prototype Soviet “fotosniper” outfit built for the Soviet Navy during the siege of Leningrad is going under the hammer in June.

The GOI FS-3 prototype was built in 1943 and featured a FED rangefinder body fitted to a massive 600mm lens along with an olive-painted prism housing.

The outfit, which is expected to fetch between €60,000 and €70,000 at the 38th Leitz Photographic Auction in Vienna this June, may be the only example ever built.

“In 1943 the FS-3 FotoSniper was developed for the Soviet Baltic Fleet Navy,” Leitz Photographica said in a teaser for its summer sale. “It was designed as a long-range reconnaissance camera equipped with a massive 60cm lens with a high maximal aperture of f4.5. The project was top secret, and even now, the only vintage documentation about this lens is a copy of a photograph showing a marine officer during the testing of the FS-3.

“As all prototypes from the GOI factory, this rifle has been made to very high standards. The set includes an olive-painted mirror GOI housing no.1717, with a special GOI 4.5/600mm lens (matching number 1717, including an original hood), FED body no.181238 (equipped with a quick-release plate connecting to the mirror housing), metal shoulder stock in matching finish – everything in working order and in excellent cosmetic condition. Also included is a fitted wooden case for the outfit.”

As Leitz Photographic notes, ‘no comparable outfit is known to exist”.

GOI, the USSR’s state optical institute, produced the first “fotosniper” kits in the 1930s, starting with the FS-1 around 13. However, both this camera and the following production model, the FS-2, featured a 300m lens. These cameras were produced from 19237 to 1941 before Leningrad (now St Petersburg) was besieged by German forces. The production line was moved to KMZ in Moscow, which would later make the much better known Fotosniper range using Zenit LSRs until the early 1990s.

The 38th Leitz Photographica Auction, which takes place on 12 June, also features a prototype digital Leica designed by Apple’s Jonny Ive and Marc Newson aswell as a rare Leica Snapshot prototype from the early 1930s which could fetch as much as €100,000.