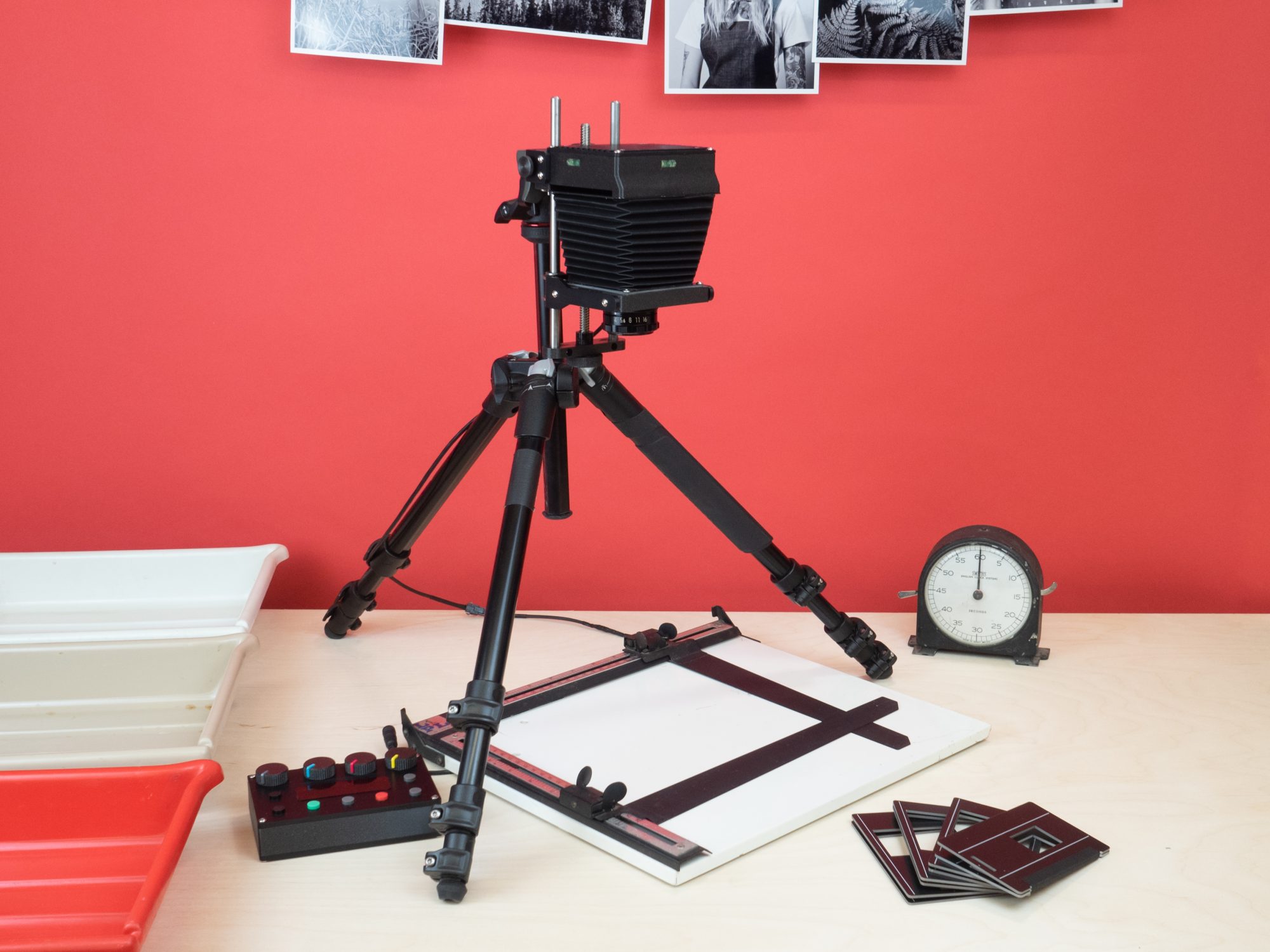 British large-format camera maker Intrepid Camera has launched its new 35mm/120 darkroom enlarger on Kickstarter – and reached its funding target in only a few minutes.

The enlarger, which Intrepid first making public in 2020, allows photographers to make black-and-white prints or colour prints without having to use filters. The basic model with 35mm mask costs £220 ($305).

The enlarger can also be used to make scans of negatives or slides with a smartphone. The enlarger is also small enough to be packed into a shoebox when it’s not needed.

“The ideal tool for any film shooter who is new to darkroom printing or those who are more experienced but don’t have the space or budget for a dedicated home darkroom,” Intrepid says. “While it may be the smallest enlarger ever to exist, it has all the features of a traditional enlarger, just without being bulky, expensive or relying on out-of-date technology.

“This enlarger is able to be so small and portable because the team at Intrepid Camera have developed a new LED tech that allows you to control contrast, colour balance and exposure at the click of a button and without the need for separate filters.”

The enlarger has a control panel where contrast and colour balance can be tweaked – you can see it in the video at the top of the Kickstarter page.

“The Intrepid Enlarger Kit consists of: the timer which contains all the controls, negative carriers to hold your film, and the light source which attaches to the body of the enlarger,” Intrepid says.  “It has high quality linear guide for focusing and a threaded mount for attaching to your tripod or copy stand. The timer controls everything and has three modes: black-and-white, colour and scanning. It even has a built-in safelight, which is a useful feature for those with limited space.”

With black-and-white printing, the contrast is controlled by the dial, without the need to add filters. For colour printing, the cyan, magenta and yellow dials can be used to control the colour balance of the print.

“The light source has been specially calibrated in order to make colour printing as simple and accurate as possible,” Intrepid says.

The enlarger can also be used to scan film using a smartphone mounted on a tripod or copy stand.

Intrepid points out that to make prints with the enlarger you will also need:

The Kickstarter campaign runs until 18 April and aimed to raise £20,000, which it reached in little more than five minutes after the campaign went live.

Intrepid has also created a number of video guides for using the enlarger, which can be found here:

I love it! I wonder if it can be used for North American power systems?
As an aside, I bought a Brownie Haweye in 2018 with the original box that included an advertisement for an ABC Photo Lab. this would have included equipment for developing & printer, specifically a type of contact printer for medium format film. Perhaps this can be a product to explore.