The new camera comes after the release of Harman’s reloadable Kentmere camera in 2019.

Harman – the makers of the Ilford and Kentmere-branded films – listed the camera’s specifications as:

The cameras are listed for sale on the Ilford site for £47.99, including a roll of HP5 Plus.

A statement from Harman reads: “The Harman EZ-35 is a 35mm reusable film camera with motorised load, frame advance and rewind functionality making it the ideal camera for anyone starting out in film photography or those looking for a simple point and shoot option to capture their world.

“With a ‘focus free’, 31mm, f/11 lens, this excellent, environmentally friendly alternative to single use cameras works with all brands of both black-and-white and colour film (ISO 400 recommended). 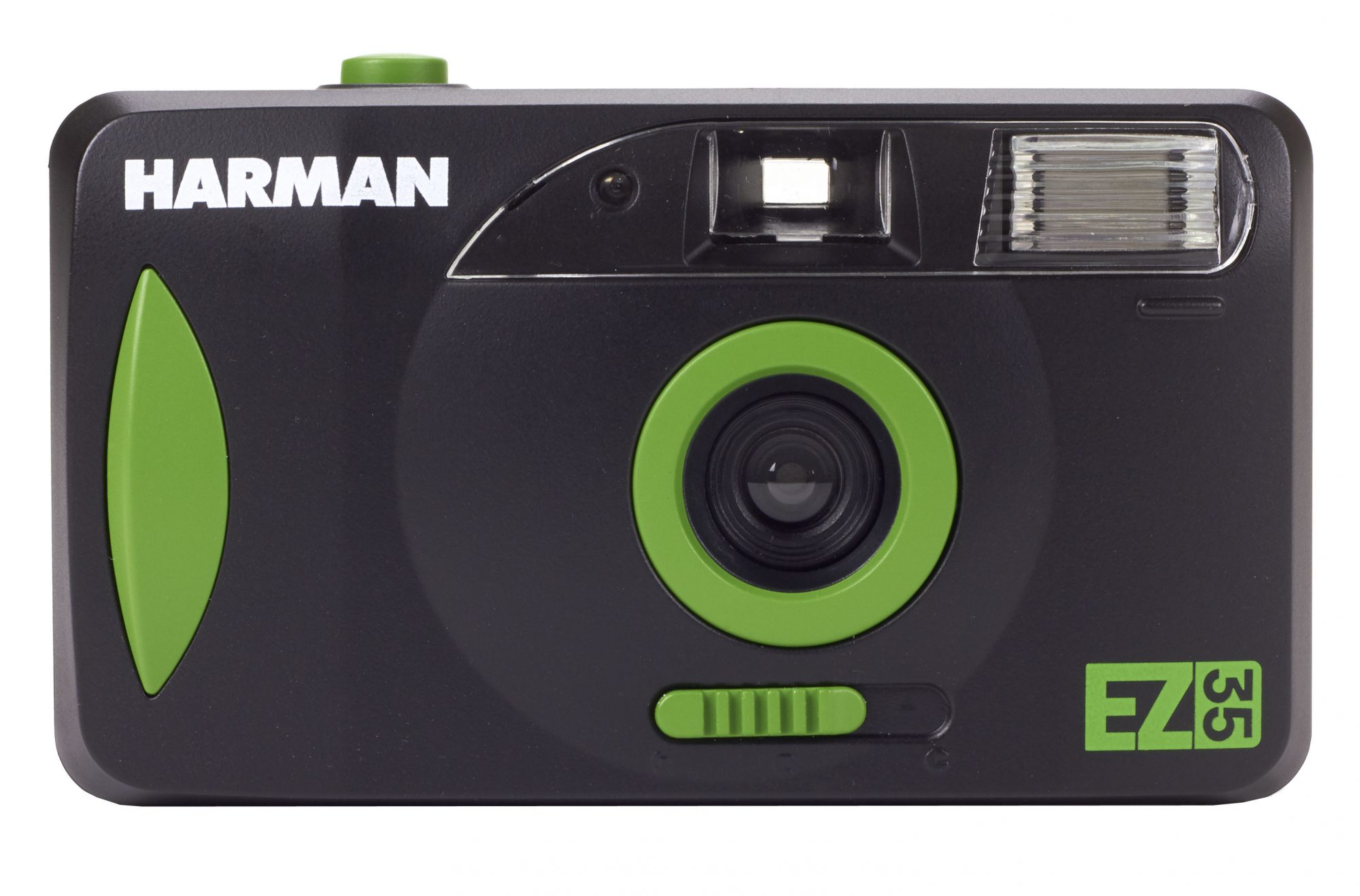 “It includes a built-in flash with 15 seconds recycle time for indoor or trickier lighting conditions as well a lens cover/shutter lock to ensure you don’t waste a shot.

“The box contains everything you need to immediately start shooting including one roll of Ilford HP5 Plus 35mm 36-exposure black-and-white film, one of the world’s most iconic and popular films, as well as a standard AA battery and a wrist strap.”

The EZ-35 comes amidst a boom in the release of simple reloadable cameras, kickstarted by the LOMOgraphy Simple Use cameras in 2018.

While I am always happy to hear about new film cameras, personally I prefer manual cameras because you can still take pictures even if the battery dies on you (I had this experience with automatic cameras many times). That’s the reason I never got into digital photography. Still, the more the merrier in the world of film photography.

It is small steps like this that I think will help convince a camera company to make a compact film camera again. The first Harman reusable camera sold very, very well.