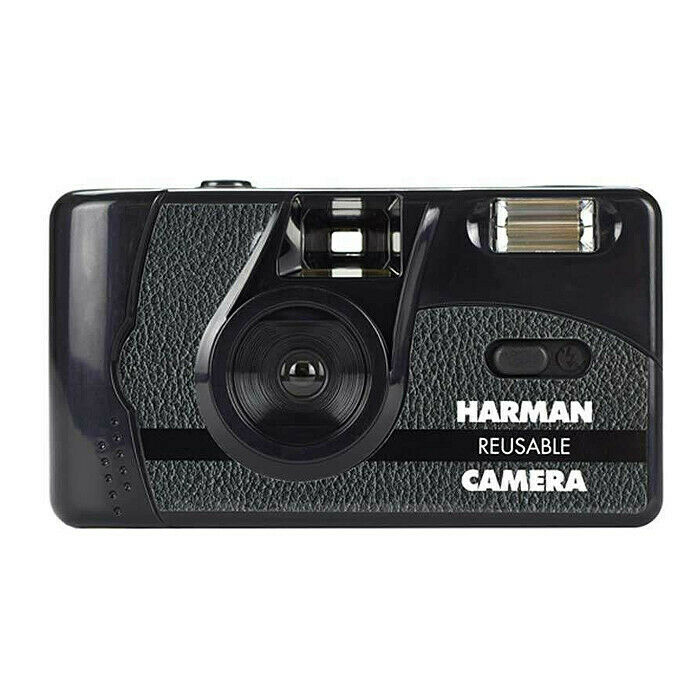 Harman – the company behind the UK’s Ilford Photo – has released a new reloadable simple camera kit along with rolls of its Kentmere-brand film.

The camera has been made available to retailers already.

A statement on the Harman technology website says: “Due to the increasing popularity of our Single Use Cameras we have now introduced a reusable plastic 35mm camera with flash.

“This comes packaged with 2 x Kentmere Pan 400 films, battery and strap and makes the perfect gift for anyone looking to try shooting film.”

The cameras are already available from several eBay retailers in the UK and are expected to become more widely available in the coming weeks. They are typically priced at around £29.99 ($38.50).

The release of the cameras comes amid something of a renaissance in disposable and re-useable simple cameras. LOMOgraphy bought out its range of reloadable Simple Use cameras which come pre-loaded with films and paired with coloured gels to place over the integral flash.

Jon B
Reply to  Howard Raver

I think the writer has made a mistake by calling this camera ‘disposable’ as it is clear on the packaging and the camera itself that it is ‘reusable’ and thus not meant to be single use.
Visually, it does look like a disposable camera which is probably where the error has crept in.

While not a game changer, I still glad to see new film cameras being manufactured – if it is a reloadable point-and-shoot rather than a new SLR so be it (being Kentmere, it should be good quality).