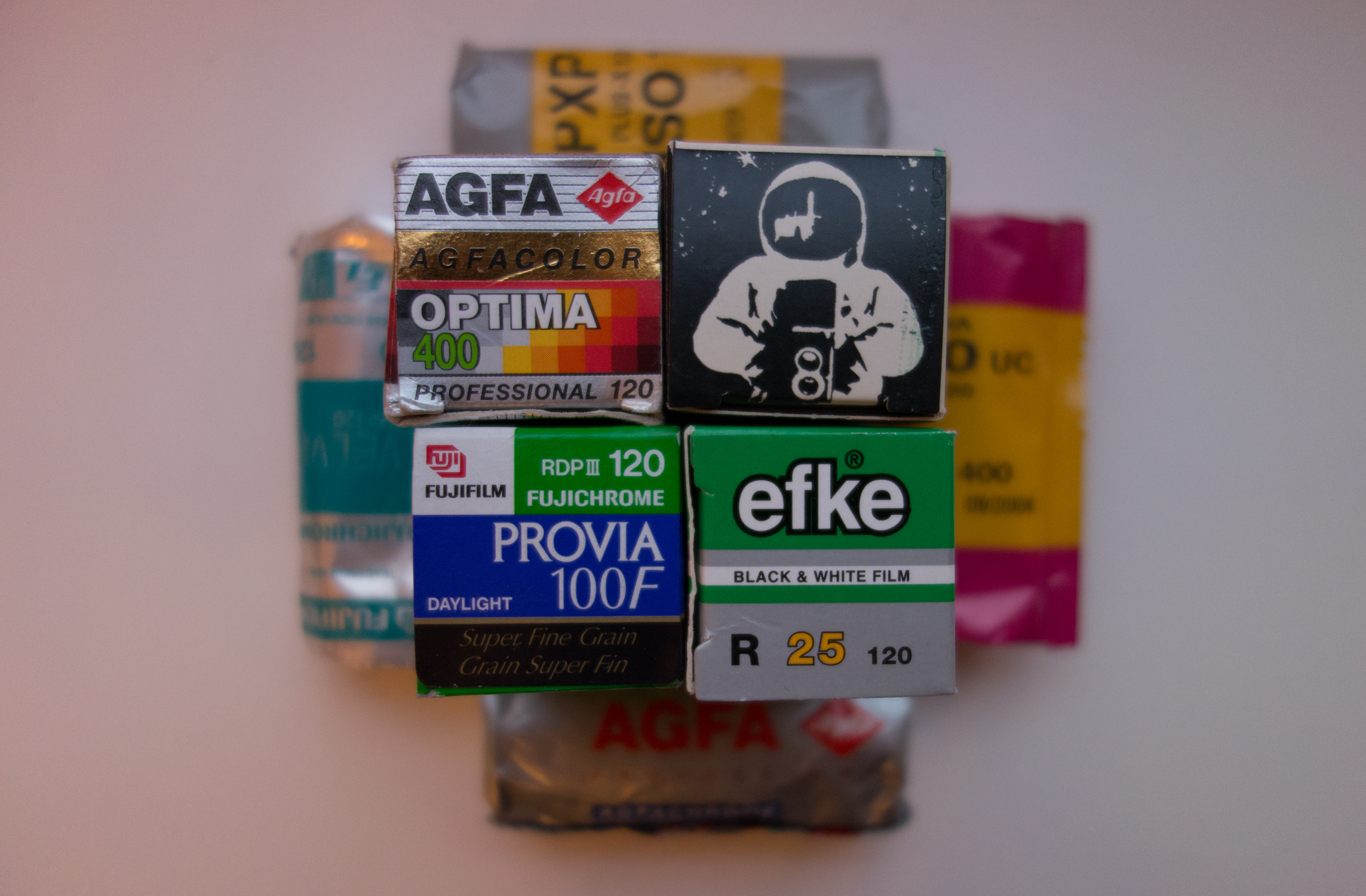 We have the Kodak No. 2 Brownie to thank.

When this camera was unveiled by Eastman Kodak in October 1901, it ushered in a completely new film format. The new paper-backed celluloid film took images measuring 2.25 x 3.25 inches (56.2mm x 81.2mm). Originally meant for the amateur photographers who shot cameras like the humble Brownie, the new film was somewhat elbowed out of the way a few decades later with the first Leica cameras using 35mm cinema film. But it survived, and indeed thrived, until today.

The 120 format celebrates its 120th birthday today. New 120 cameras are still made – albeit mostly lo-fi models made for the likes of LOMOgraphy – but it has enjoyed a renaissance of late by a new generation of photographers shooting it on secondhand Hasselbalds, Mamiyas, Kievs and Yashicamats.

CineStill 800T
Kodak cinema film was always a niche choice, partly because the remjet anti-halation layer made it impossible to develop in normal C-41 chemistry, massively reducing the number of labs able to process it. That changed with the advent of CineStill, the Los Angeles-based film brand who bring the Kodak movie experience to your camera. This film really sings in low light and tungsten lighting – the colour palette is cooler and more green-blue than most Kodak films, but it’s incredibly atmospheric.

(Pictures below by Alex Luyckx)

Fomapan 200
Czech film producer Foma Bohemia produces three classic black-and-white emulsions in a range of formats, and Kosmo Foto’s pick of the three is its 200-ISO version. Like all Fomapan films, it has a characteristic, retro grain, and is happily pushable all the way up to at least 800 ISO.

(Pictures below by Oleg Green)

Fujifilm Acros 100 II
Fujifilm’s much-missed Acros film was originally canned in April 2018, leading to much despair from photographers who relied upon its accuracy with long exposures. Good news arrived a year later, with the arrival of a tweaked new version of the film, one which manages to retain much of the original’s winning flavour.

Watch this video from DPReview to see how the films compare:

Fujifilm Provia 100F
Many photographers will plump for Fujifilm’s stunning, saturated Velvia films, both of which are available in 120. However, Kosmo Foto’s pick is, instead, Provia 100F. Why? This is a much more restrained film in terms of its red saturation, which means it’s much more pleasing to use on people. Until the arrival of Kodak’s Etachrome E100 in 2019, this was my go-to slide film, and I still love shooting it on my 120 cameras.

Ilford HP5 Plus
One of the classic black-and-white films, HP5 Plus is Ilford’s equivalent of the classic Kodak Tri-X. With less chalk-and-charcoal contrast than Tri-X (especially when pushed) HP5 lens itself to times when you need grain but perhaps a little less grit. Perfect for portraits and the stillness of landscapes, it’s also a great documentary and street film.

(All images below by Ric Capucho)

Ilford Delta 3200
The highest-rated black-and-white film left on sale, Ilford’s Delta 3200 is the perfect film to reach for when light levels are low or you really want to accentuate atmosphere. A great choice for night-time street-shooting, atmospheric portraits and still life. Grain is obviously pronounced, but smooth and pleasing.

Ilford SFX 200
Ilford’s most specialised film outside of Delta 3200, this is a film with increased red sensitivity, which helps create infra-red style images. This effect is most apparent when using a red filter, which massively lightens green vegetation, and causes blue skies to darken to almost black. With overcast sky and no filter, it’s just a pleasingly sharp medium-speed black-and-white film.

Japan Camera Hunter StreetPan 400
The first film from Tokyo-based blog and camera retailer Japan Camera Hunter, this Belgium-made film is a great choice for street photography. It has a slight IR quality which can be greatly increased with a red filter. Plus points for the eye-catching new packaging recently announced for new stock in 2021.

Kodak Ektachrome E100
Kodak’s E6 films shuffled off quietly back in 2012, leaving Fujifilm as the only company left making slide. That all changed in early 2017 when Kodak Alaris announced the return of Ektachrome E100, first in 35mm and then, in 2019, on 120. Kodak’s slide films have a much warmer colour palette than Fujifilm’s, and the revamped version is most similar to the former E100 fine-grained version. 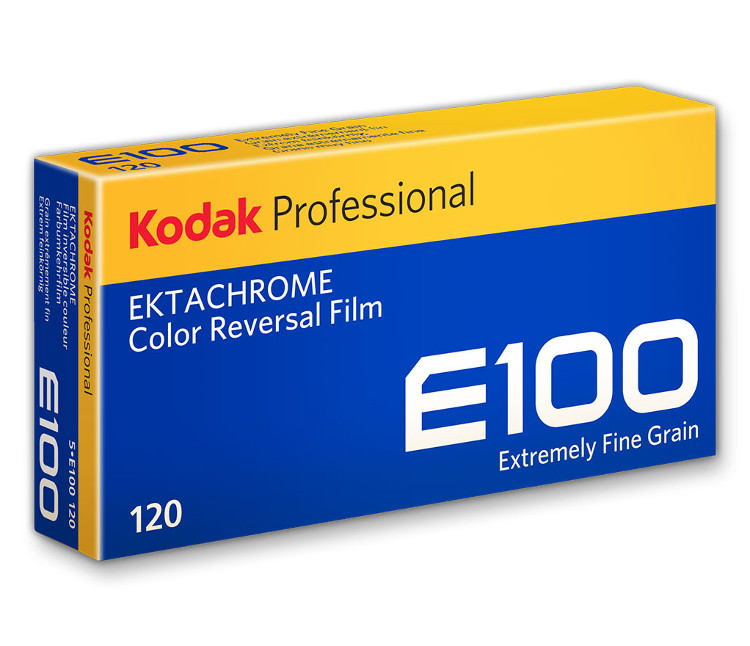 Kodak Portra 400
It’s easy to be cynical about Portra 400’s sheer ubiquity in the last few years (it’s not an accident there’s so many memes about it) but the 400-ISO version of Kodak’s leading professional film brand is a true workhorse: weddings, portraits, street, still life, landscapes – it can do it all. Extra 21st Century film photographer points for shooting it on a Pentax 67 or Hasselblad…

Kodak Tri-X
In production since the 1950s (it recently notched up its 75th anniversary), Kodak Tri-X is the first and last word in black-and-white film to many photographers. It can be pushed – and pushed, and pushed – all the way to ISO 6400 and beyond, with grain that’s pronounced at higher ISOs but never over the top. Simply superb.

LOMOgraphy CN100
Presumably made by Eastman Kodak (the box says “Made in USA”) this bright and warm 100-ISO film is one of the cheapest brands of 120 colour film you can buy today, available in packs of three. Slightly reminiscent of the old Kodak Gold 100, this is a great film for travel and street if you’re shooting on a strict budget.

I recommend that original Kodak No. 2 Brownie. They’re easy to come by, inexpensive, and do surprisingly good work for a box. Here’s a review of mine to show what it can do.

It’s not available in 120, Christian.