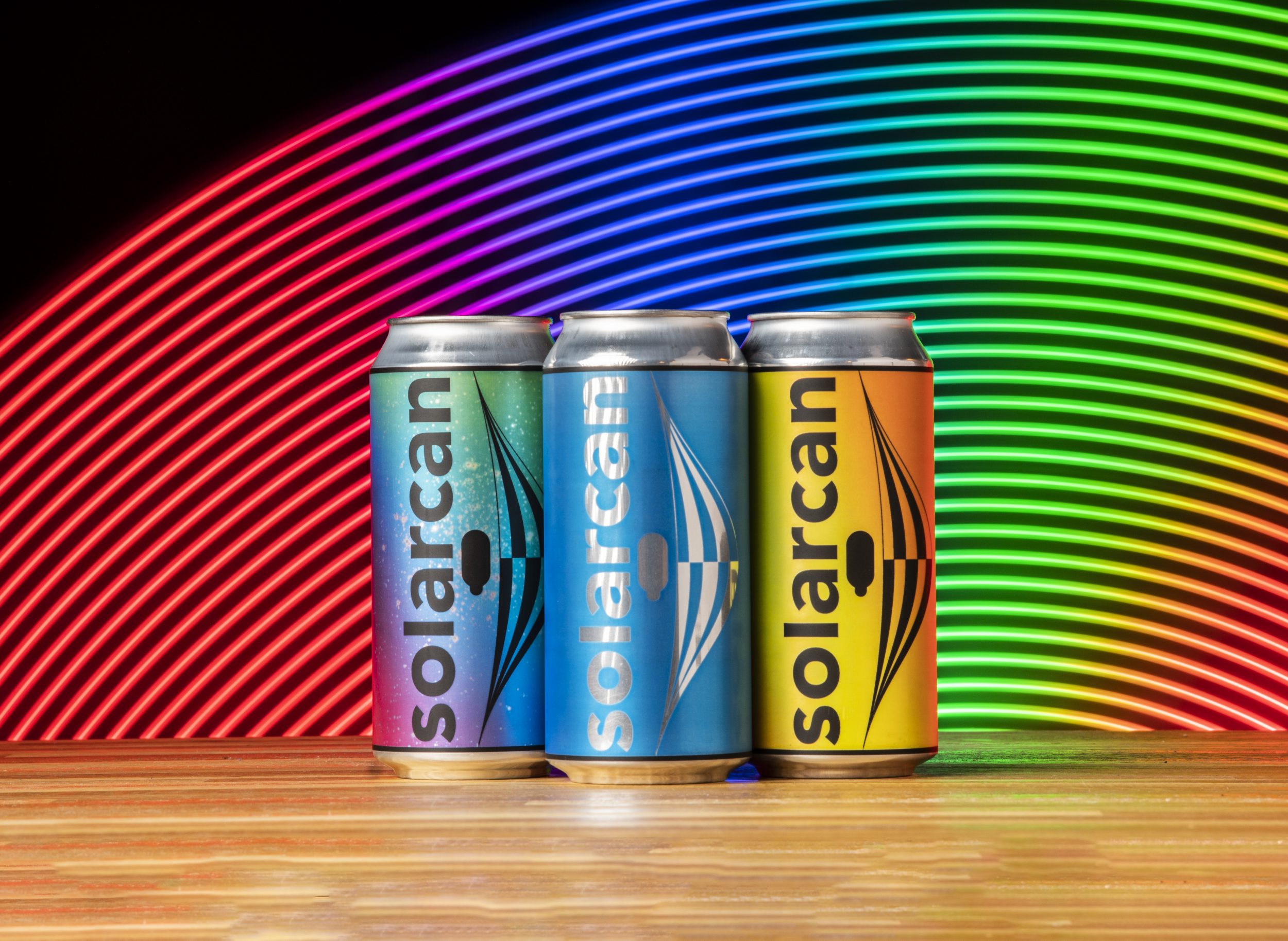 Solarcan Colours have been launched by inventor Sam Cornwell as the UK enters its second coronavirus lockdown. He says he launched the new cans, which went live on Wednesday night (4 November) as a “lockdown project”.

The new versions follow the original Solarcan which was launched on Kickstarter in 2017. The Solarcan is a customised soft drink can with a pinhole machine-drilled in one side and a piece of photographic paper inside which captures the trail of the Sun as it moves across the sky.

Solarcans are posted on a tree or side of the house and over week and months show the position of the Sun travelling across the sky, alongside traditionally dreamlike pinhole impressions of can’s surroundings. The paper ‘negative’ can then be scanned or a picture taken with a digital camera.

The three Solarcan Colour varieties are:

The different colour effects can be seen in the images below (all courtesy of the Solarcan Kickstarter):

Cornwell told Kosmo Foto: “The plan was to launch in March, but lockdown happened so we delayed it. It took a year to do the tests. The three names started out as code names but stuck – and they’re pretty fun and remind me of my childhood. (Big fan of the ‘Children of the Sun’ cartoon.

“It’ll cost about £10,000 to bring Colours to production. So I may be putting my own money in. You’d be amazed how much additional materials etc is required.”

Cornwell is aiming to raise £5,000 ($6,500) and the Kickstarter runs until 4 December – two days after the current coronavirus lockdown in the UK is lifted, if it is not extended before then.