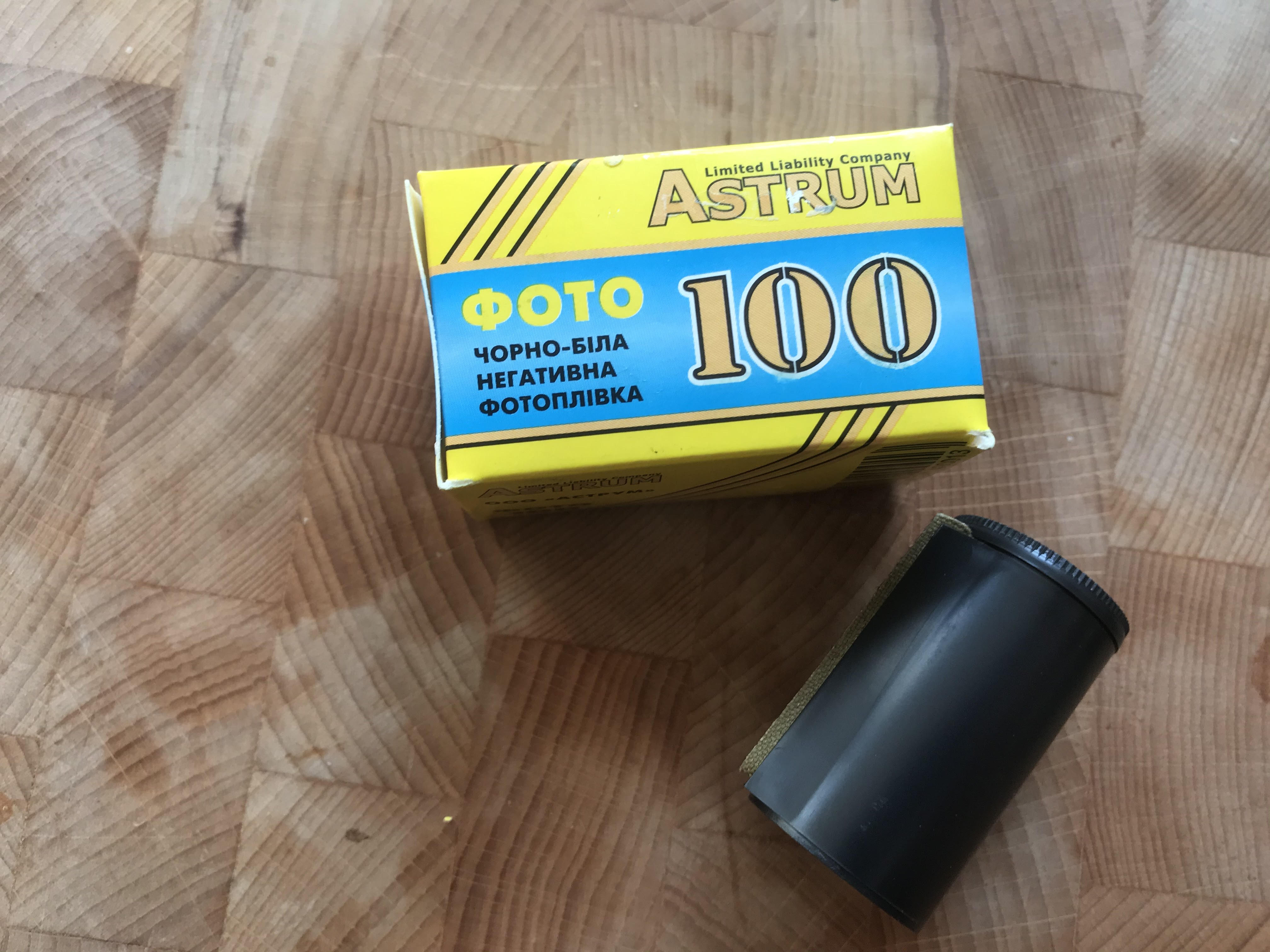 Since the fall of the Soviet Union, a fair few film photographers have discovered the cameras produced by the USSR’s gigantic photographic industry. The Zenits, Zorkis, Kievs and FEDS produced over decades of Communist rule were made in vast quantities, and in many cases are perfectly useable decades later.

The film that Soviet photographers would have once put in those cameras is a different story, however.

While cameras like the Zenit-E and Zorki-4 were exported to the West in their hundreds of thousands, the film produced by the USSR’s two main film manufacturers was much less likely to appear on your local camera shop shelf.

Tasma was one of these Soviet Kodaks, making black-and-white film from its factory in Kazan, near the banks of the mighty Volga River. The other? Svema, in the eastern Ukrainian city of Shostka.

It was Svema’s films that were most recognisable. During the Soviet period they made a wide array of black-and-white films, as well as colour negative and slide films produced with equipment that was taken from the original Agfa plant in Wolfen (which would eventually become the East German film brand ORWO). Svema’s films, in a series of beautifully simple but eye-catching boxes, sustained Soviet film photographers until the 1990s, when Western products became easier to get.

Svema’s film production slowed, and then stopped entirely by the year 2000. During the next decade the factory essentially served as the powerplant for the local city, but was essentially mothballed.

But not any more.

In recent years, Astrum – the company which bought the old Svema factory – revived its still films production. Today, it produces no less than seven black-and-white negative films, plus a pair of colour films (most likely repackaged Kodak emulsions).

While Astrum’s emulsions aren’t as easy to find compared to as Kodak, Ilford or Foma’s black-and-white films, they are becoming more available. I bought a five pack of each of their 100 and 400-ISO films last year and popped them in the film freezer. I finally got round to shooting my first roll of Astrum Foto 100 on a photowalk in Docklands last year. 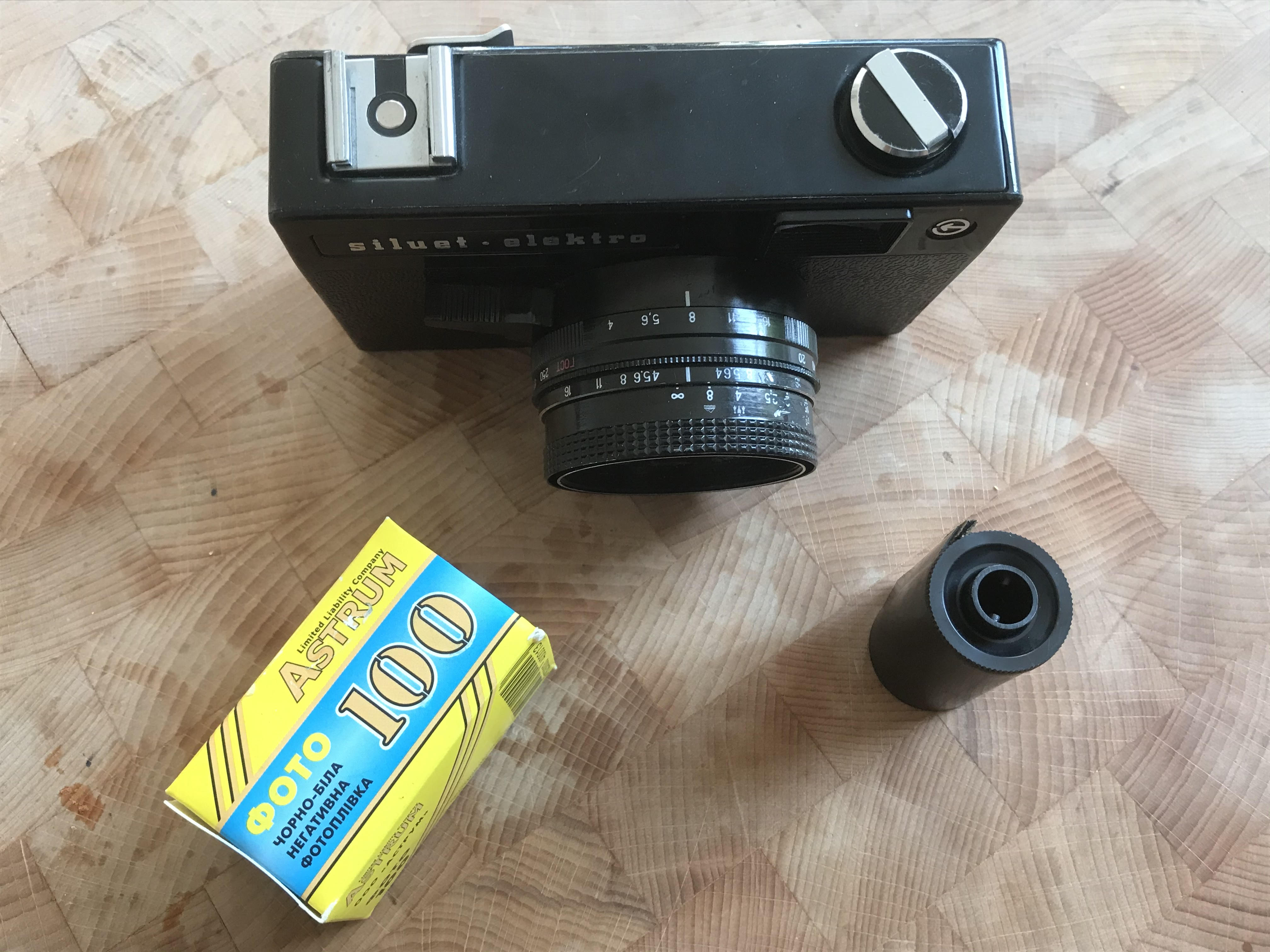 Astrum Foto 100 comes in a bright yellow and blue box with the expiration dates written in pen – it reminds me of the signed passports you can sometimes find with boxed Soviet cameras which showed they were fit to leave the factory. The film comes in a non-standard plastic cassette without any stickers or other means of identifying what the film is, other than its major difference to most other black-and-white films – its sheer thinness. Astrum also make aerial films, and this film is made of the characteristic transparent polyester of a film that might be used in aerial surveying (when you’re carrying huge quantities of film, any weight saving is a bonus).

Freestyle Photographic, in its listing of the film, says: “Astrum Foto 100 is a panchromatic, high resolution, negative film, coated onto a transparent 0.10mm polyester base. Foto 100 has a protection layer on top of its emulsion to prevent scratching. The spectral sensitivity of Foto 100 is expanded into the near infrared range of the energy spectrum. Its spectral sensitivity to up to 750nm. Due to its very fine grain, its explicit detail rendering, and its ability to be processed at low contrast, this film produces very low noise when scanned.”

All sounding very promising, I must admit. Obviously, like the fool I am I didn’t put this roll of Ukrainian film in one of several Ukrainian cameras lurking in my cabinet. Instead, I put it in my Belomo Siluet Elektro, a manual-focus built in Minsk in what is now Belarus in the 1970s. The Siluet Elektro is based on the Vilia, a bog-standard viewfinder camera with a glass lens and a handful of shutter speeds. About two million Vilias were made in the 1970s and 80s, and the Elektro added an automatic exposure system similar to the one that would end up in the LOMO LC-A a few years later.

Its lens won’t be scoring top marks in many technical tests, but at wider apertures the softness in the out of focus areas is pleasingly dreamy. And it’s normally a camera I shoot colour film on, so I wanted to try a roll of black and white.

This roll waited in the fridge a few months before I was able to scan it, and was the first roll I processed using Adobe Lightroom and the Negative Lab Pro plug-in that emulates scans from Noritsu or Fuji Frontier minilab scanners. While it’s designed for colour negative films, I’ve heard enough good reports from monochrome shooters to add it to my black-and-white workflow as well.

I must admit, I wasn’t expecting to like this film as much as I do – to say I’m pleasantly surprised is putting it lightly. It feels very similar to the wonderful Rollei-branded Superpan 200, which I tested on a walk earlier this year. Like the Rollei film, the Astrum is fine-grained but just seems to seep that classic look.  The haziness on the edge of the frames is nothing to do with the film, it’s from the Siluet Elektro’s relatively modest lens.

The definitively vintage look seemed to work best on this pic of a boat moored at London’s Docklands; it has all the feel of an image of a picture taken 50 or 60 years ago, if you ignore the 21st Century fashions. 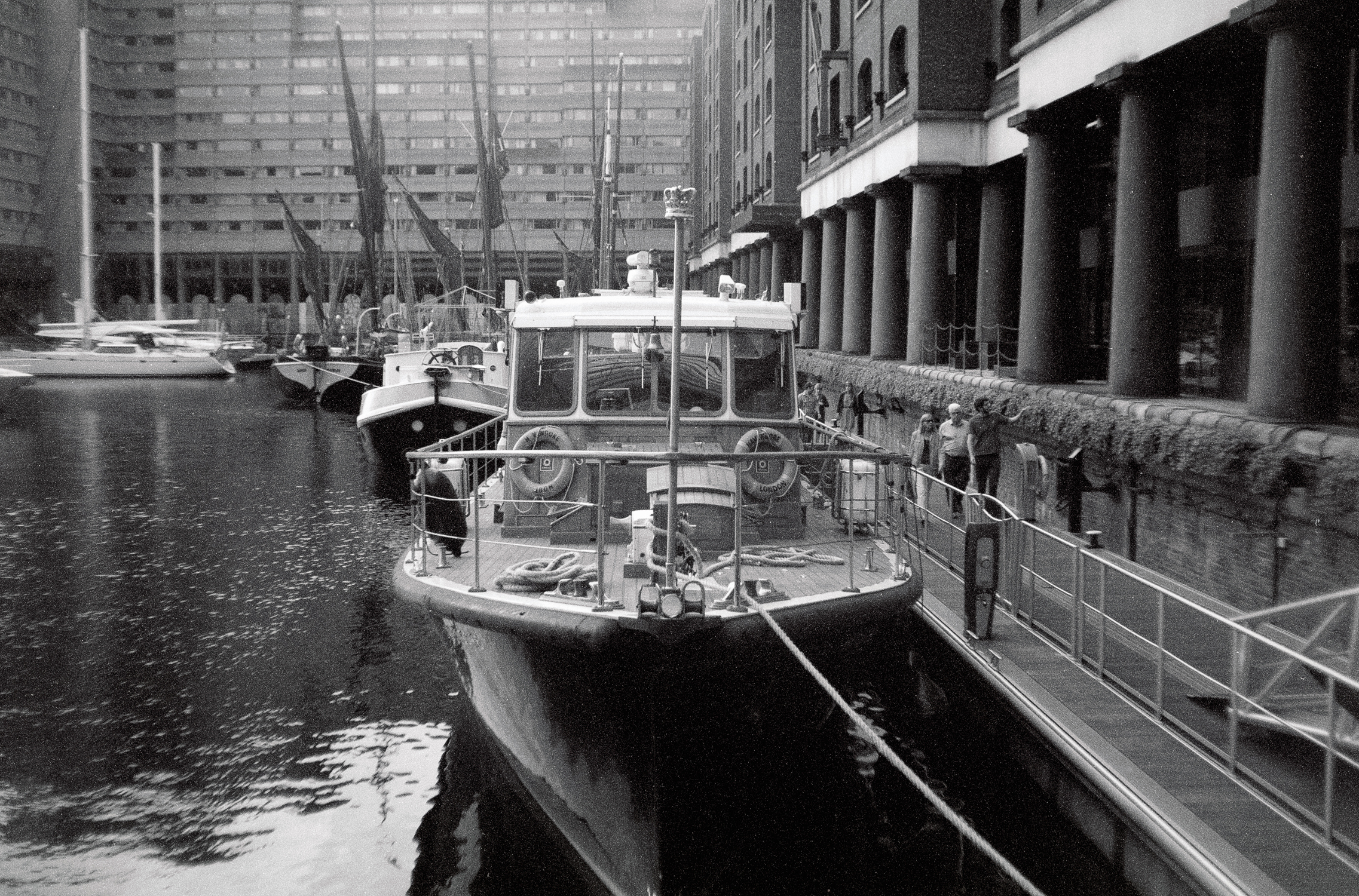 It’s a shame I’ve just discovered how nice this film is just before we slide into winter, where there’s definitely fewer opportunities to shoot 100-ISO film in the UK.

Astrum Foto 100 is available from shops such as Freestyle Photographic and Foto Impex, though it also crops up regularly from sellers on eBay.

unfortunately, there is no ukrainian film anymore.
they just get other manufacturers’ films and roll and pack them.
this is very unfair to the real old svema. also it is not honest because people like you expect to get an old soviet formula emulsion.

I’ve heard people say that it’s Agfa Aviphot, but also seen that denied. Possibly it’s Tasma film, or even as Astrum aerial film. I can’t see anything definitive. It is a step in the right direction for full-scale film production to return.

Let’s be honest, old Svema and Tasma films were terrible! Not that sharp, and resolution was years behind their Western counterparts!… just like Soviet lenses! Zenit’s Helios when tested had 44 lines per mm! Yes 44 lines! Not line-pairs! Something like Zeiss, Leica or even Nikon and Canon manufactured in the 1980s had a resolving power of sometimes over 300 lines per mm! These are ALL designs from Germany, taken to Soviet Union after the War, and made locally, nevertheless, designs from the 1920s!!! The designs have moved on! Unless you want soft images that look like they were taken… Read more »

The 200 ISO version is just as nice, and a little more usable. Looking through some of my prints recently I realise that some of my favourite photographs were created on this film. It gives a nostalgic and often grimy look to images, which is strangely appealing.