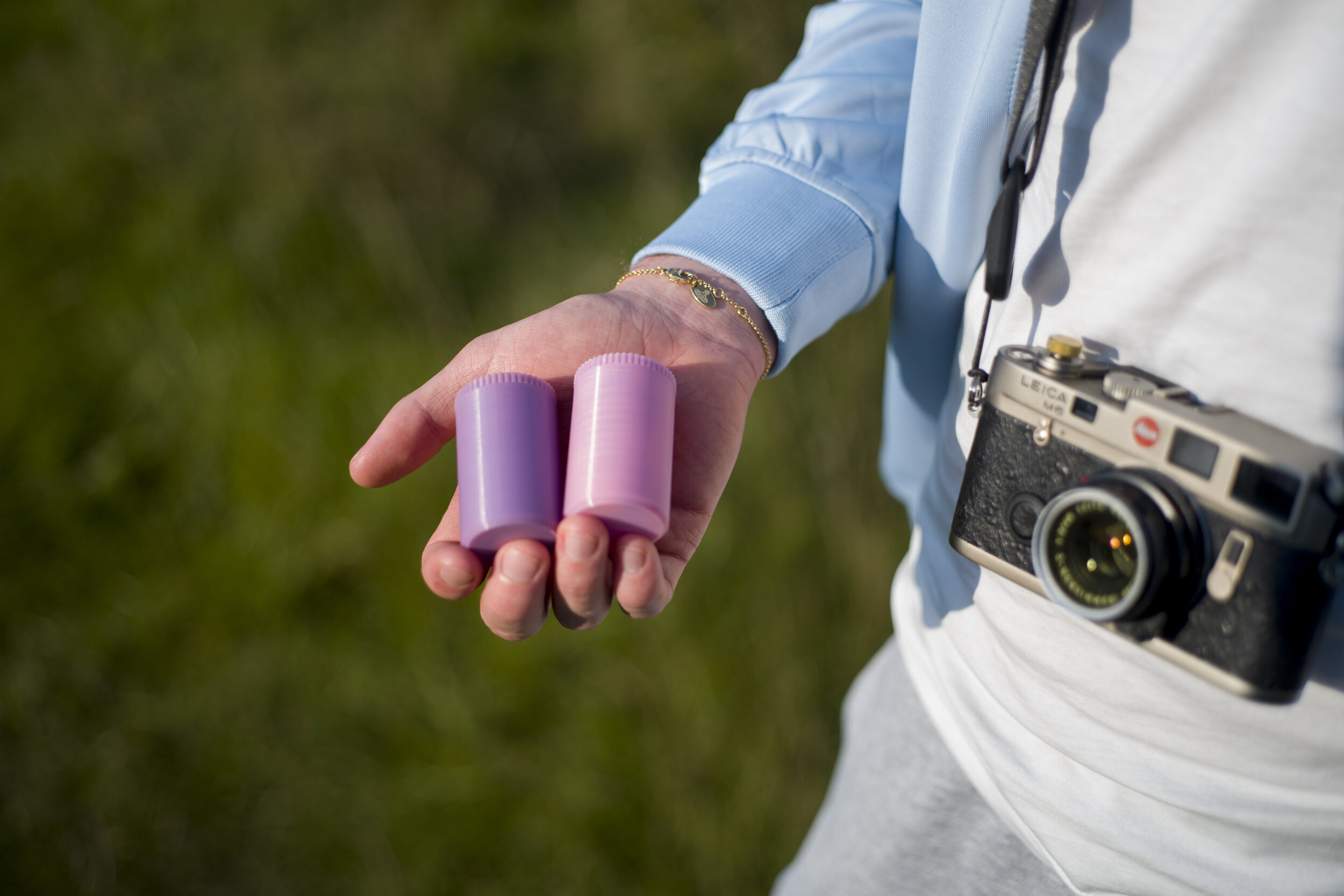 London-based camera repairer Pierro Pozella – the man behind PPP Repairs – has released a new range of film cases which change colour according to temperature.

The Temperature-Sensitive 35mm and 120 film holders are designed to change colour as the temperature rises or falls, Pozella says.

The colours range from:

Pozella told Kosmo Foto: “The idea originally came around when I accidentally kept leaving my expired film on my windowsill exposed to cold and then intense sunlight heat repeatedly. This sparked the idea that art would be great if I was able to monitor the temperature of the film to make sure it’s not constantly being exposed to extreme changes in temperature as I primarily use expired film hats 10-years-plus old.

“From this idea me and my brother Luigi set out to design a simple holder with a main focus on monitoring the temperature of the film. The holder has also been designed with a layer of air between the walls to slow down the rate at which the film inside heats up, giving you time to respond to the temperature change if needed.”

Pozella says the holders are made from corn starch, a sustainable and renewable source. “We are working with a range of materials including plastic from renewable natural resources and the most commonly used material for the products is a compostable 3D filament. This has very similar properties to polylatic acid (PLA) but can be recycled and broken down in the correct environment. The film holder is designed to be reusable to also reduce waste.”

Pozella says that under optimal conditions the film holders can be broken down at home in 18 months, or put in recycling collections. “We have also started to develop a multi holder for both 35mm and 120 film so that you’re able to carry around several films at once. I do not believe there are any other temperature check film holders on the market at this moment in time.”

Pozella’s holders are the first products in a range of accessories made from no-plastic recyclable materials. These also include soft shutter release buttons for Olympus XA compact cameras.

“We are currently working closely to produce a wide range of accessories including hotshot covers, soft trigger releases and cameras grips and spare parts,” says Pozella. “This new line will allow the opportunity to produce replacement parts for a range of cameras which are not easy to obtain anymore. For example we have already produced parts for a Leica M6/M4 winder, Olympus XA shutter button and there are more to come: this is a line which will continue to develop as time goes on.

“We have already received several suggestions of parts that need to be made and this is great as it starts to build up which parts are needed most to develop next. Even this week I was able to design and print a replacement winder cap for a Leicaflex SL2 to complete a repair. The product line is community driven with the more repairs taking place the more we are able to build up on the replacement parts that are needed allowing more to become available.”

The full collection of PPP Repairs’ new products can be seen in their shop.

How long does the canister retain the purple color after the temperature has gone below 30°C? I mean it would be useful to know that at some time the film got too hot. Are the canisters light tight?