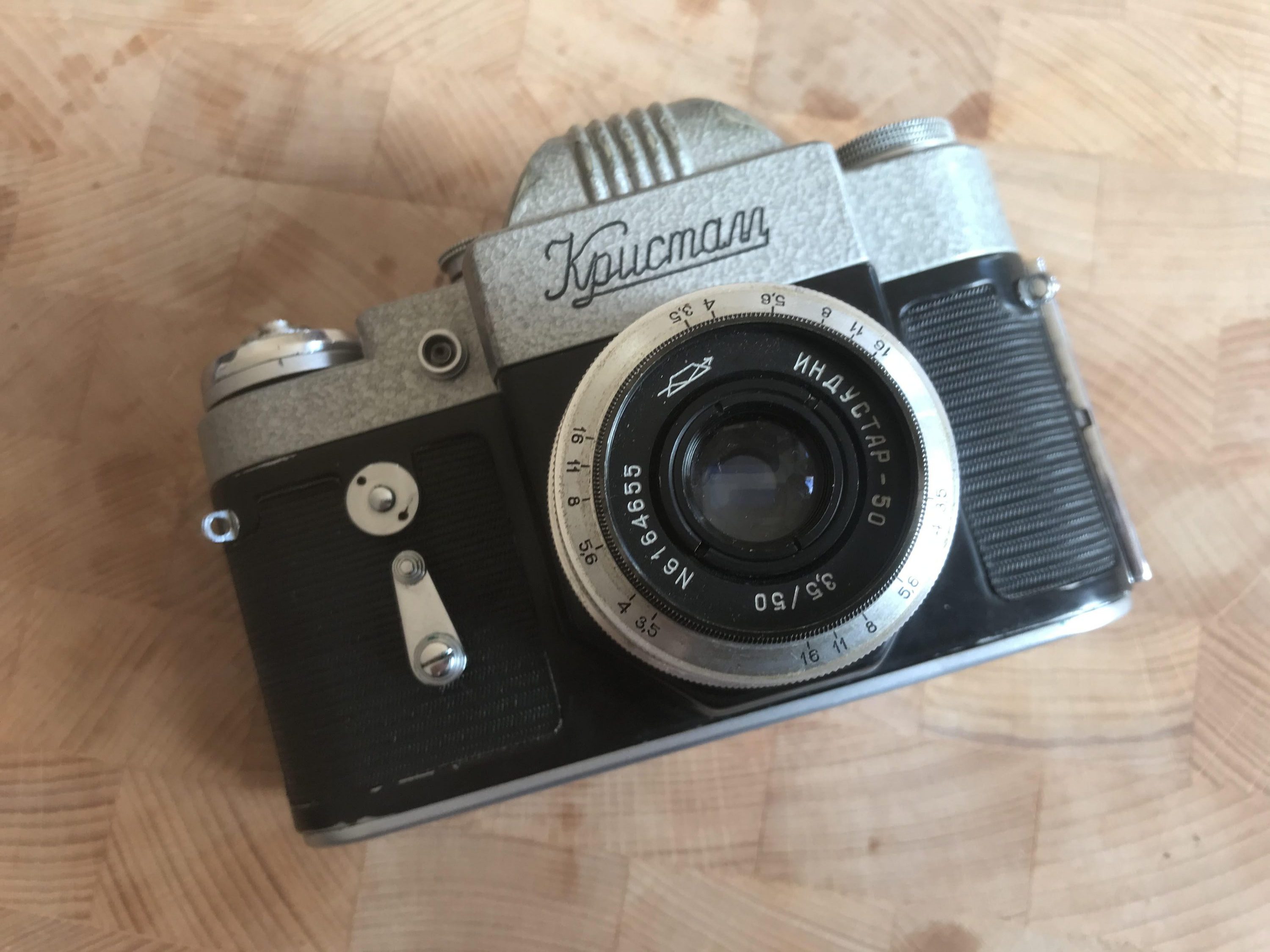 Think of a Soviet Zenit SLR and chances are you think of the Zenit-E, a camera built in greater numbers than probably any other SLR in history. It spawned a family of M42-mount SLRs which remained in production long after the USSR itself had ceased to exist.

But the Zenit family wasn’t always associated with the “Pentax mount”, as the M42 fitting came to be known. Fort at least a decade, a range of Zenit SLR cameras left the vast KMZ factory on the outskirts of Moscow sporting lenses based on Leica’s own screw mount.

The mount was known as M39. While it shared a 39mm diameter with the Leica screw mount, there were differences that made the lenses unusable on Leica cameras and their copies. There was a reason that the mount was so similar, however – the first Zenit SLR camera was essentially a Leica-copy Zorki rangefinder with a prism attached.

The original Zenit (sometimes known as the Zenit-1) first appeared in 1952, and did little to hide its clear influence from Leica’s rangefinders. To load the camera, you had to remove the bottom of the camera and insert the film – there was no hinged back door. Neither did it have many of the features that SLR users would later take for granted, such as a self-returning mirror. But the Zenit line had to start from somewhere, and the original version was a sound, if somewhat limited, design.

The first design to have any real success was the Zenit-C (technically Zenit-S in the Roman alphabet). Released in 1955, it added flash synchronisation to the original Zenit’s modest features. Compared to the rather utilitarian Zenits that followed far later, the camera looks positively luxurious, an aesthetically pleasing design with some echoes of 1930s styling.

The new Zenit proved popular – more than 230,000 of them were made. And one of the most famous and long-lived SLR brands was born.

Now for the needle scratch: there was no Zenit-2. KMZ, for reasons known only to themselves, skipped straight to the Zenit-3, which was first released in 1960. The Zenit-3 had a larger, cleaner prism housing, a self timer and a lever wind, taking its cue from the Zorki-6 rangefinder from a year before. The Zenit-3 was robust and well constructed, but expensive to produce. After two years, it was discontinued.

What came next was the Kristall. Produced from 1961 for only 12 months, this short-lived stopgap is something of an Art Deco oddity. The body was broadly similar to the Zenit-3, with a few major tweaks. The foremost? Well, take a look for yourself.

After the stern, no-nonsense utilitarianism of the Zenit-3, the Kristall sported a stamped top plate, the ribs an echo of 1930s design style. The Kristall’s designer Nikolaj Michailowitsh Marenkov had obviously wanted to make something of a design statement. He certainly succeeded; as Mike Eckman points out, the Kristall doesn’t look like any other Zenit, or indeed any other SLR camera of the time.

The fluted, frivolous styling wasn’t the only thing that set the Kristall apart. The camera’s metal parts were painted in a greyish crackle-effect paint which only added to it Art Deco feel – it made the camera look like it was made from bakelite.

The curious shape of the Kristall’s prism was down to a more modern production technique. For the first time, KMZ used pressure moulding rather than stamping, according to USSRPhoto.com. Using this technique, it was possible to “make cameras on conveyer using automated machinery and produce 1,000 cameras each month”.

The Kristall shared many of its humble but practical specs with the Zenit-3. It had a handful of shutter speeds from 1/30 up to 1/500 (plus “B”) which were enough for most photographic tasks apart from landscapes. Crucially, however, it had one significant improvement on the Zenit-3; it ditched the bottom-loading system in favour of a hinged back, a feature already seen on KMZ’s Zorki-5 and Zorki-6 rangefinders released a few years before. This makes the camera lot easier to load compared to earlier Zenits like the Zenit-C.

The Kristall usually shipped with an Industar-50 50/3.5 lens, a preset four-element standard lens capable of decent results. It does, however, make for a dim view through the Kristall’s viewfinder, even with it opened all the way to its widest aperture. Thankfully, KMZ also made early versions of the legendary Helios-44 58/2 lens, which certainly adds for a brighter shooting experience. Like many of the early Zenits., the Kristall doesn’t have a self-returning mirror after the shutter has been tripped; you have to wind on again to be able to see through the viewfinder.

The Kristall was not a huge success, but neither is it a rarity. Such was the production capacity of KMZ at the time, that even a camera deemed a relative failure – possibly that crackle-effect paint, possibly the fluted prism – literally flew off the production lines. The Kristall may have been in production for as little as a year, yet still more than 65,000 of them were made.

Their practicality – the hinged back door especially – also had to be balanced with its very dim viewfinder, made even dimmer with the Industar-50. Replacing it with the much brighter Helios-44 goes a little way to improving things, but the Kristall is a world away from the bright-finder SLRs many of us have been spoiled with.

The Kristall might have been short lived, but it serves as something of a half-way house between the earliest Zenits – essentially Leica copies with viewing prisms – and the much more useable Zenits inspired by the Zorki-5 and 6. The Kristall’s DNA lived on in the Zenit-3M, released in 1962 and built to the tune of more than three quarters of a million.