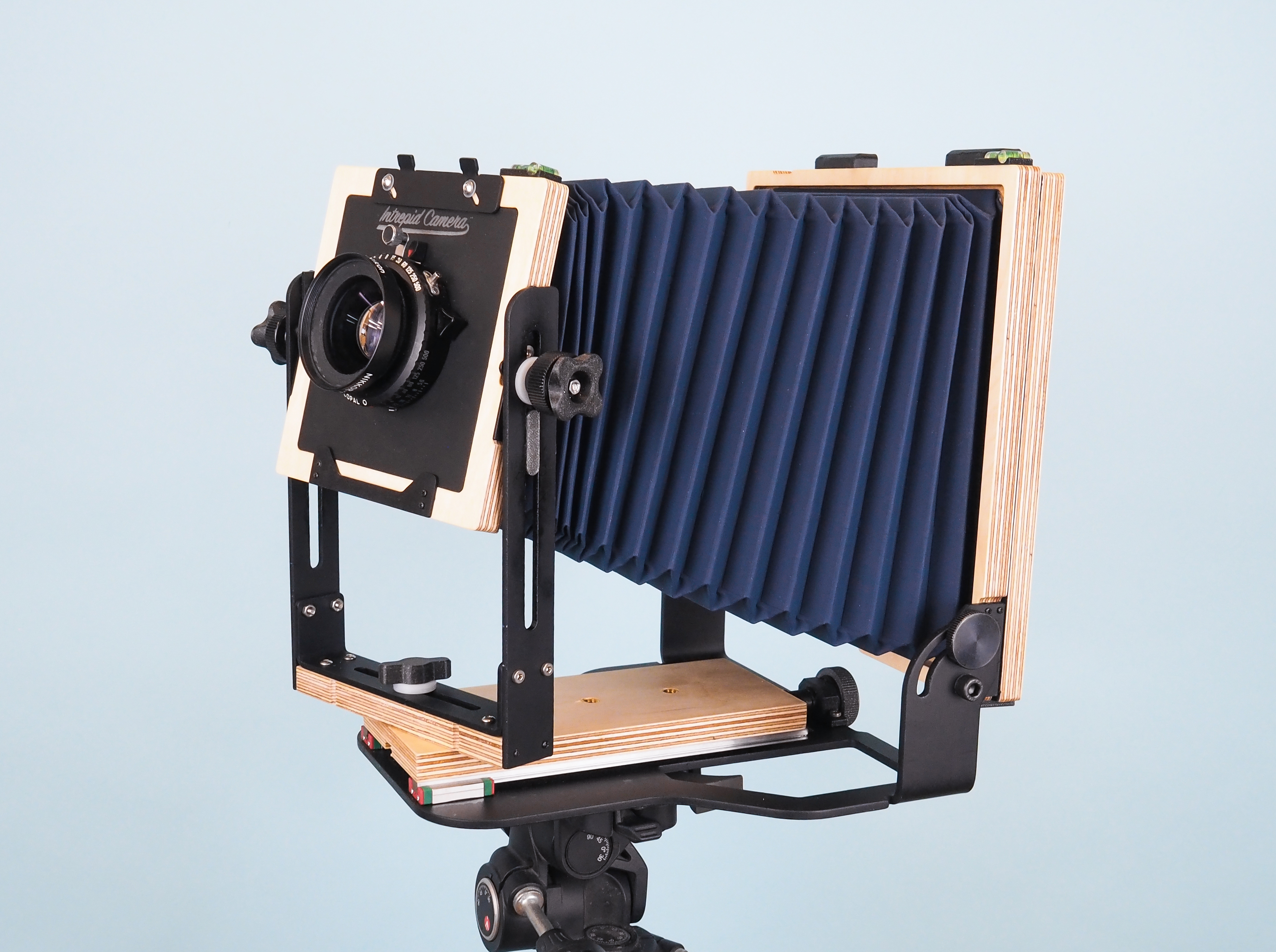 The Intrepid 5×7 is based on the design of the company’s 4×5 and 8×10 cameras, and a range of accessories have also been released on its launch.

Intrepid said in a press release: “The Intrepid 5×7 has all the features you would expect from a traditional 5×7 camera but at a fraction of the cost and weighing only 1.4 kg (3.2 Ib).

“Featuring tried and tested parts used in our current 4×5 and 8×10 cameras, including fully

independent front standard movements and high-end linear focus, both giving you maximum control over your shots.

“The front and rear standards are made from our signature furniture-grade birch plywood (waxed to seal the surface), while the base and front supports are sleek anodised aluminium. All the plastic components are 3D printed in-house using sustainable, high quality PLA and the bellows are triple layered, water-resistant nylon.

“The slim aluminium base makes the camera incredibly sturdy no matter your lens choice. While the rear-controlled focus is quick to use (locking as soon as you stop turning), and allows for extremely fine tuning, especially helpful when shooting with wider apertures.

The cameras can be ordered now and Intrepid says production time is between four and six weeks. The cameras cost £380 ($475).