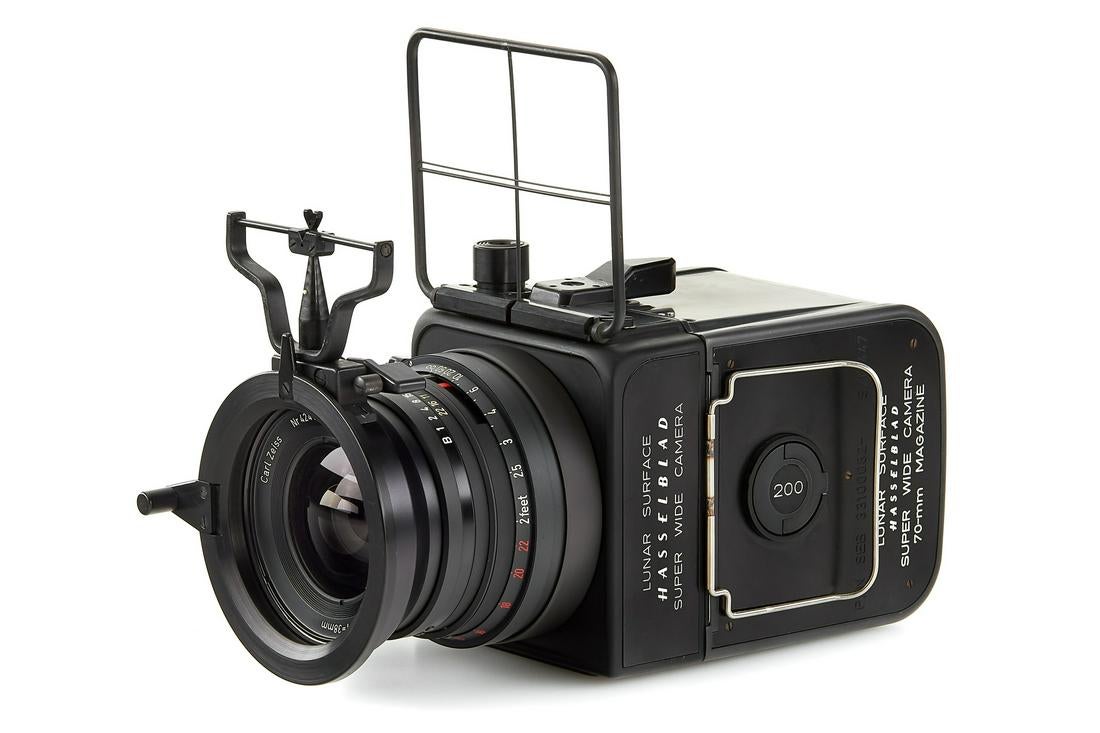 The Hasselblad Lunar Surface SWC – one of only around 25 ever produced by the Swedish cameramaker – was sold as one of more than 400 lots at the Leitz Photographica Auction in Vienna.

The most prominent of the auction’s lots, a Leica 0 prototype from the early 1920s, failed to attract any bids. The cameras was expected to fetch between €800,000 and €1m.

However, a Leica M2 grey paint Betriebscamera, one of only 20 delivered to the US Air Force in Germany in 1960, sold for €375,000 (£336,500/$422,000). Only 10 of these cameras are thought to still be intact, making them one of the rarest Leicas ever made. Apart from the unusual grey-blue colour scheme, the cameras were the first Leicas to sport a metal shutter.

The Hasselblad’s listing read: “In the Spring of 1967, a strong partnership led Nasa and Hasselblad to build the camera, that would be used to take photographs on the Moon. The result was an SWC equipped with a big frame finder, stronger shutter and larger release button, a big film winder, a magazine catch and a lightweight magazine altered to take 200 pictures on 70mm perforated film.

“Unfortunately, this Lunar SWC was abandoned: Nasa preferred to choose, following astronauts’ input, a Hasselblad 500 EL, easier to use on the surface of the Moon because of space suits limiting astronauts’ movements. Only around 25 SWC Lunar Surface Cameras have been made.” The camera, in full working order and with an attached Biogon 4.5/38mm lens and magazine, was described as being “a rare opportunity to buy a piece of space history!”