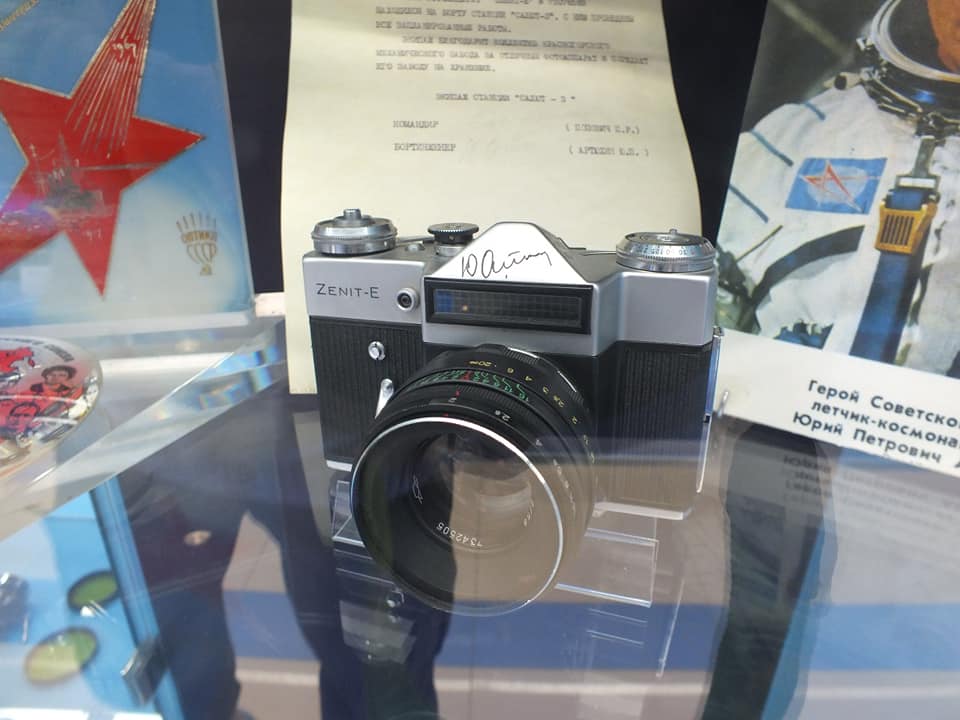 It wasn’t just Nasa’s astronauts who brought back extraordinary images from their time in space.

Photography was also a prime concern for the cosmonauts taking part in the USSR’s space programme. But while Nasa’s explorers took high-end cameras such as the Zeiss Contarex and heavily modified Hasselblad medium format cameras with them, the Soviets relied on cameras from the superpower’s own huge photographic industry.

The Soviet space programme came up with heavily modified versions of cameras such as the GOMZ Leningrad for work outside their spacecraft, but within the confines of the cabin, off-the-shelf designs were considered good enough.

One of them was the humble Zenit-E.

First released by the sprawling KMZ camera plant on the outskirts of Moscow in 1965, production of the Zenit-E didn’t stop there until 1982, after more than three million were made. Add those made in the Belomo factory in Minsk (now the capital of Belarus) up until 1986 and the total figure is more than eight million.

Sold at bargain basement prices by department stores and camera store chains across Western Europe in the early 1970s, the Zenit-E was a no-frills slab of aluminium with a handful of handhold shutter speed, an uncoupled selenium meter and flash sync speed of… 1/30 of a second. Not exactly an “out of this world” spec sheet.

But how many of its much more advanced rivals could lay claim to a career on an actual space station?

Salyut 3 was the second space station in the USSR’s top secret Almaz space station programme, intended for military use. Launched on 24 June 1974, the station is thought to have included some 14 different cameras with which to peer deep into the West. Prime amongst them was the Agat-1 Earth-observation telescope, which came with an attached film camera to record images. The Agat-1 had a focal length of nearly 20ft and could resolve objects only a metre wide.

Soviet cosmonauts crewed the new space station between for 15 days in July 1974. Two cosmonauts, Pavel Popovich and Yuri Artyukhin, were the crew of the Soyuz 14 mission. Among the mission’s supplies was a Zenit-E.

The two cosmonauts spent several days testing the station’s cameras, including sending some of the films back to Earth in special capsules, so the film could be developed and studied on the ground.

The two cosmonauts returned to Earth, bringing the Zenit with them. It was later presented to staff at KMZ, with the crew “thanking them for the high quality of their products”, Russian photo historian Niken Vorozhitskiy says.

The spacefaring Zenit remains in pride of place at the KMZ Museum today, signed by the crew, and testament, perhaps, that you should never judge a camera entirely by its price tag.

(Many thanks to Niken Vorozhitskiy for his help with this article)