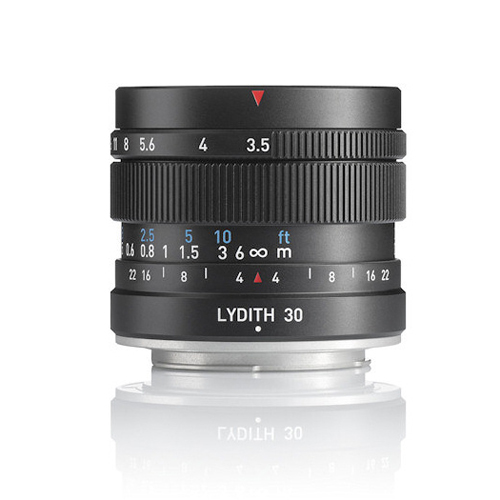 Meyer Optik Görlitz – the revived lens brand famous for lenses such as the Trioplan and the Primoplan – is to be relaunched at this year’s Photokina trade show in Germany this May.

The relaunch has been announced by Germany’s OPC Optics after it rescued the company from Net SE, which had relaunched the brand via a series of Kickstarter campaigns but then folded leaving some customers without lenses and unable to get refunds.

The company will bring six lenses based on designs which Meyer Optik launched when it was part of the East German conglomerate VEB Pentacon. These include the classic Troplan 100/2.8, a highly regarded portrait lens famous for its soap bubble bokeh.

OPC Optics rescued the brand after Net SE, which had raised near $700,000 in a Kickstarter campaign to bring the Trioplan 50/2.9 lens into production in August 2018.

“We worked hard on the relaunch of Meyer Optik Gorlitz and especially on the new versions of the world-famous lenses. Now that the developments have been completed – admittedly a bit later than initially planned – we are pleased to present them at Photokina and to officially launch them,” said Timo Heinze, managing director of OPC Optics.

“We will have six lenses – Trioplan 100, Trioplan 50 and Trioplan 35, as well as Primoplan 75, Primoplan 58 and the Lydith 30 – in serial production and for the most part already available by the time of the fair. All lenses are completely developed and manufactured in Germany with the utmost care and attention to detail.

“The exclusive image design features of Meyer Optik Görlitz lenses enable the user to stand out from the crowd with an individual image language. We are proud of the high-quality realization of our product developments, but even more proud of all the impressive and unique results that photographers have created so far and will create with the new versions of Meyer Optik Görlitz’s lenses.”

Net SE brought back not only the Meyer Optik Görlitz name but intended to bring back a raft of other classic German lens marques. Lenses by Oprema Jena, Meyer Optik Görlitz, Emil Busch, C.P. Goerz, Ihagee and A Schacht were bands whose rights were bought by Net SE.

The company aggressively launched a string of Kickstarter projects, with some being launched even before orders for previous Kickstarters had been fulfilled. In a feature on Petapixel, former marketing employee Joe Newman said during his time there it became clear Net SE did not have enough money to produce lenses that had been ordered.

“I want to stress that I never saw their books and had little to no knowledge of their overall budget and financial health. But it was apparent that the Kickstarter campaigns were viewed as a way to raise operating funds, not for the upcoming lens, but for the ones already in the production pipeline,” he said.