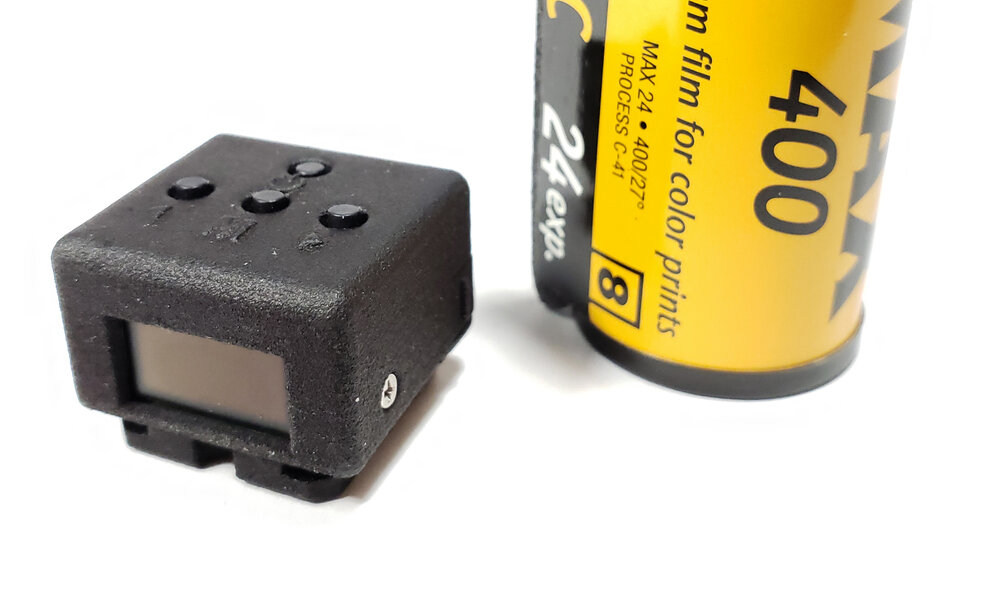 A camera meter the size of a hotshoe has been launched on Kickstarter on Saturday.

The meter has been designed by Canadian inventor Matt Bechberger and is designed to fit on the hotshoes of film cameras. The meter is called the Reveni light meter.

In a teaser video released on the Reveni site, Bechberger shoes off a prototype of the meter, which is made from 3D-printed nylon.

“At less than an inch in every dimension, and weighing just eight grams, it makes a perfect companion to any camera kit.”

Readings are shown on a screen on the back of the camera. “Just press the button and reading is taken. Press the menu button to cycle through options such as film ISO and metering mode. In aperture priority mode, use the left and right buttons to select the aperture you want and the meter will calculate the shutter speed.

“In shutter priority mode, you select the shutter speed and the meter will calculate the aperture.”

Bechberger adds: “Your pledges will allow me to purchase the materials in bulk so that the lightmeter can be produced economically.

He also said that if successful the campaign would allow him to set up a new company called Reveni Labs “creating what the film community needs as we continue into the future”.