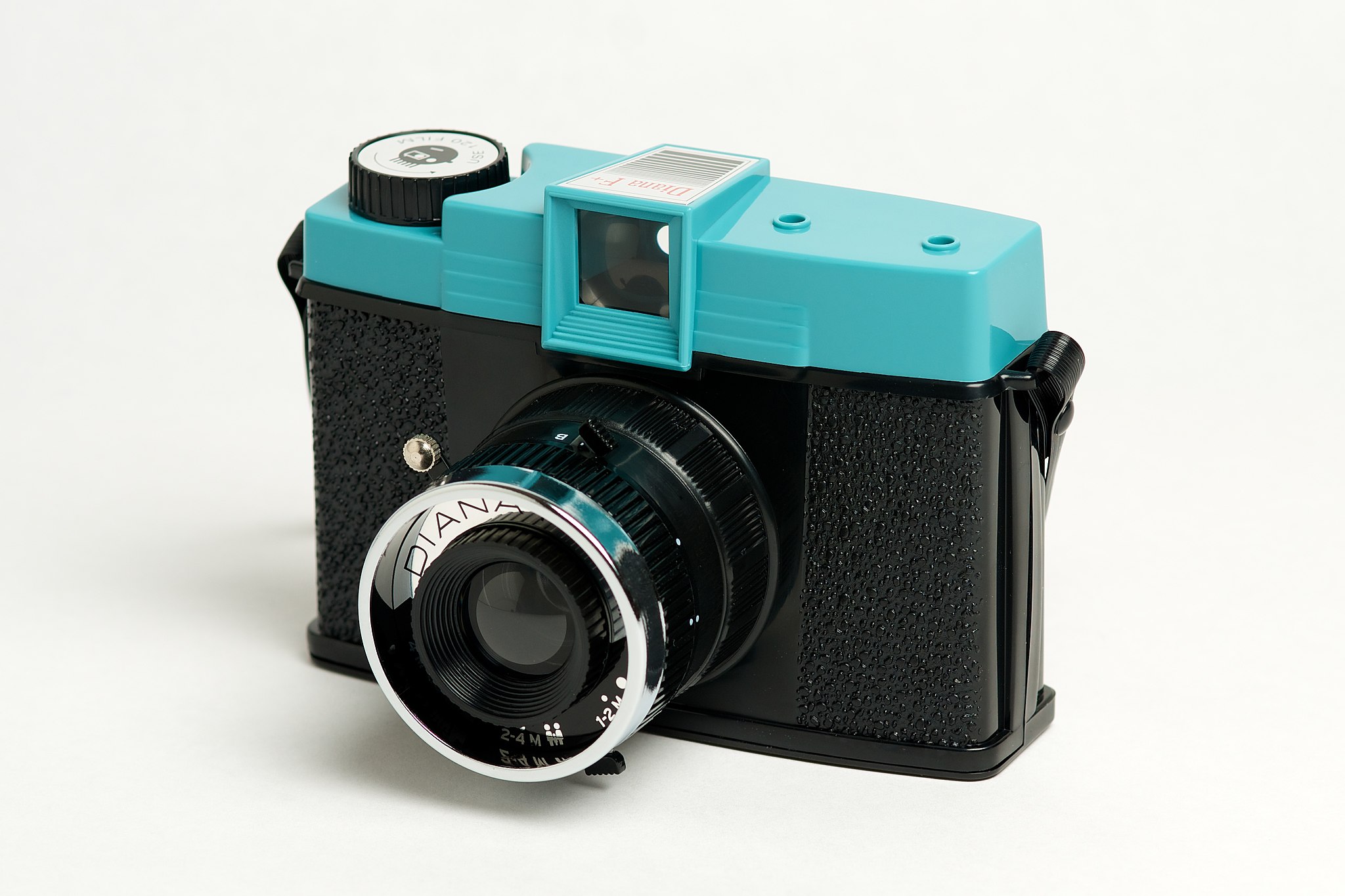 In 1958, a plastics factory in Hong Kong unveiled a new camera design.

This was, some argue, the golden age of rangefinder cameras, dominated by the likes of Leica, Voigtlander, Contax and Nikon. But the camera built by the Great Wall Plastics Factory in Kowloon was not intended to compete with these expensive models.

Instead of shooting 35mm film, the camera took the much larger 120 rollfilm. There was some wisdom in this choice; this was long before the days of minilabs, and getting prints from a whole roll of 35mm could be expensive. Much cheaper was to get contact prints from the negative – the larger 120 negatives meant you effectively had small prints from the contacts.

There were already a range of amateur-friendly 120 cameras like this, such as the Agfa Clack. Great Wall aimed their new camera directly at holidaymakers and tourists who didn’t want to mess about with confusing combinations of shutter speeds and apertures, and who would be shooting photos in bright, sunny light. The Diana was born.

The Diana was the very definition of cheap and cheerful. There were only two shutter speeds, ‘B’ and 1/60, though the latter’s time could vary from 1/20 to 1/100 from camera to camera – Great Wall wasn’t running Leitz levels of quality craftsmanship here. The lens had three apertures to choose from. Two of them were drilled into a mask on the lens aperture lever, and the other moved this out the way so the lens was shooting as wide as it could. As Daniel J Schneider writes, just what apertures these were was a bit of a mystery. They ranged from f/19 at the narrowest to f/4.5 at the widest, but were most likely to have been f/16, f/11 and f/8.

The 75mm lens – again, the measurement might differ from camera to camera – translated to about 50mm in 35mm, fairly standard for a medium format camera. lens was the heart of this somewhat brittle and flimsy photographic tool. Dianas were designed to be sold at rock bottom prices – examples in the US sometimes went for as little as $1 – and so their lenses were made as simply as possible. The Diana’s lens was a glass-free zone. The lens was as simple as it’s possible to make and still reasonably expect to get a sharp image, at least in the centre of the frame. It was a single-element plastic meniscus lens, low in contrast and with a significant fall-off of detail towards the corners of the frame. That helped create the characteristic dreamy feel that would help create the Diana cult.

The Diana’s lens was so inexact, in fact, that it didn’t even use all of the frame. While the camera used 120 medium format film, the actual image size was only 40mm by 40mm (meaning you could theoretically shoot 16 shots if you advanced the film correctly). Advancing the film itself was sheer guesswork – there was no frame counter or window that allowed exact film advancing. You wanted refinements like these, you bought another camera.

There were no shortage of medium format cameras for amateurs in the 1950s and 60s – this was the era of the Agfa Clack and the Kodak Brownie Hawkeye, simple plastic boxes for holidaymakers and family vacations. But the Diana was intended less as a camera but more as novelty gift that managed to take pictures. During the 1960s, the US importer Power Sales Company in Pennsylvania sold cases of 144 Diana cameras at 50c a pop; they were the perfect giveaway for promotional events.

In the UK, one Diana clone, the Sinomax, featured a cheerful toddler on the cover – the importing company’s managing director’s young son. That smiling child is better known today as the conductor Sir Simon Rattle. (Read Kosmo Foto’s story: The classical music star who was the face of a Diana camera)

The original Diana was joined by a plethora of copies and cousins under names that spanned the entire alphabet; the plastic fantastic, with only a handful of metal parts, was not exactly a difficult thing to copy. Almost all of them featured the same two-tone colouring of a light blue top plate and black body. The Playtime Candid model was different – it sported a bright red top. Others included a fake meter window to imbue a little more sophistication. (For the record, no Diana or its clones ever left the factory with a meter.)

One accessory that did come with selected Dianas, however, was a flash. The Diana F came with a match outsixed flash unit which used standard AG-1 flashbulbs and ran off two AA batteries.

The Diana and its clones’ idiosyncratic revelled blur, pincushion distortion and blur. “Diana images are soft-focus, unpredictably blurry and full of unexpected light effects, with a dreamy, colour-saturated quality,” wrote the South China Morning Post in a 2018 feature. No two images are the same; in fact, no two Dianas will record the same scene in the same way.”

Some of the copies were better than others. Loose fitting parts meant many of these cameras were prone to light leaks. The brittle plastic wasn’t the best material for taking knocks, either.

By the time the 1970s rolled around, a raft of cheaper 35mm cameras were available, making the Diana surplus to requirements. Production ceased at some point in the 1970s. The camera that had been given away as promotional novelties or won at fairgrounds could have quickly passed into obscurity. A camera made of brittle plastic doesn’t have quite the shelf life of vintage Leica.

But this is when the cult of the Diana began. As the cameras became rarer, so they became more intriguing, especially as 35mm became the format of choice. The prices of this humble plastic novelty started rising. Collectors started taking note.

The cult of the Diana went hand in hand with the rise of LOMOgraphy in the early 1990s. A certain school of photography began turning away from the sophistication and sharpness of 1990s autofocus cameras. The Diana fitted LOMOgraphy’s experimental ethos like a vintage glove; the dreamy, out-of-focus backgrounds, the characteristic vignetting, the spattering light leaks.

One collector who caught the Diana bug early was Allan Detrich, a US freelance photographer who first shot with a Diana camera while studying at the University of Ohio. He began collecting Diana and clones in the 1990s, though his hobby mushroomed after online selling took off in the early 2000s. He eventually amassed dozens of Dianas and clones, selling the entire collection to LOMOgraphy in 2007.

This wasn’t just because the Austrian photography concern had a bit of spare cash down the side of the sofa. In 2007, LOMOgraphy launched the Diana +, an updated version of the 1950s camera for the 21st Century. The Diana joined the ranks of the LOMO LC-A and myriad other plastic snappers as foot soldiers in LOMOgraphy’s battle against

With a successive version, the F+, LOMOgraphy turned a long-forgotten Hong Kong plastic company’s novelty into the first “system toy camera”. The revamped Diana eventually boasted a dizzying array of accessories. Even today, you can buy a deluxe set which includes a camera, four extra different lenses (20mm, 38mm, 55mm and 110mm), a cable release, flash, 35mm film back and a fisheye viewfinder. The set – which today still sells for nearly £200 – is something the original Diana’s makers can’t have dreamed of.

The Diana has somehow carved out a 60+ year career despite its lowly abilities, a plastic oddity from an anonymous factory which has somehow outlived such hallowed brands as Contax, Agfa, Konica, Voigtlander and Minolta. Like the Holga, a similarly lo-fi medium format camera first produced in China in 1982, the Diana has enjoyed a second life because of its lack of sophistication – when every lens seems sharper than the last and every digital exposure system more capable, there seems something exciting about opting for the Russian roulette of a fixed speed camera with a plastic lens and fingers-crossed construction. Shooting with the Diana is like rolling the dice

“The Diana sassily thumbs its nose at the optical perfection that every other lens manufacturer strives to achieve,” wrote Lawrence Harvey in his book ’Retromania: The Funkiest Cameras of Photography’s Golden Age’.