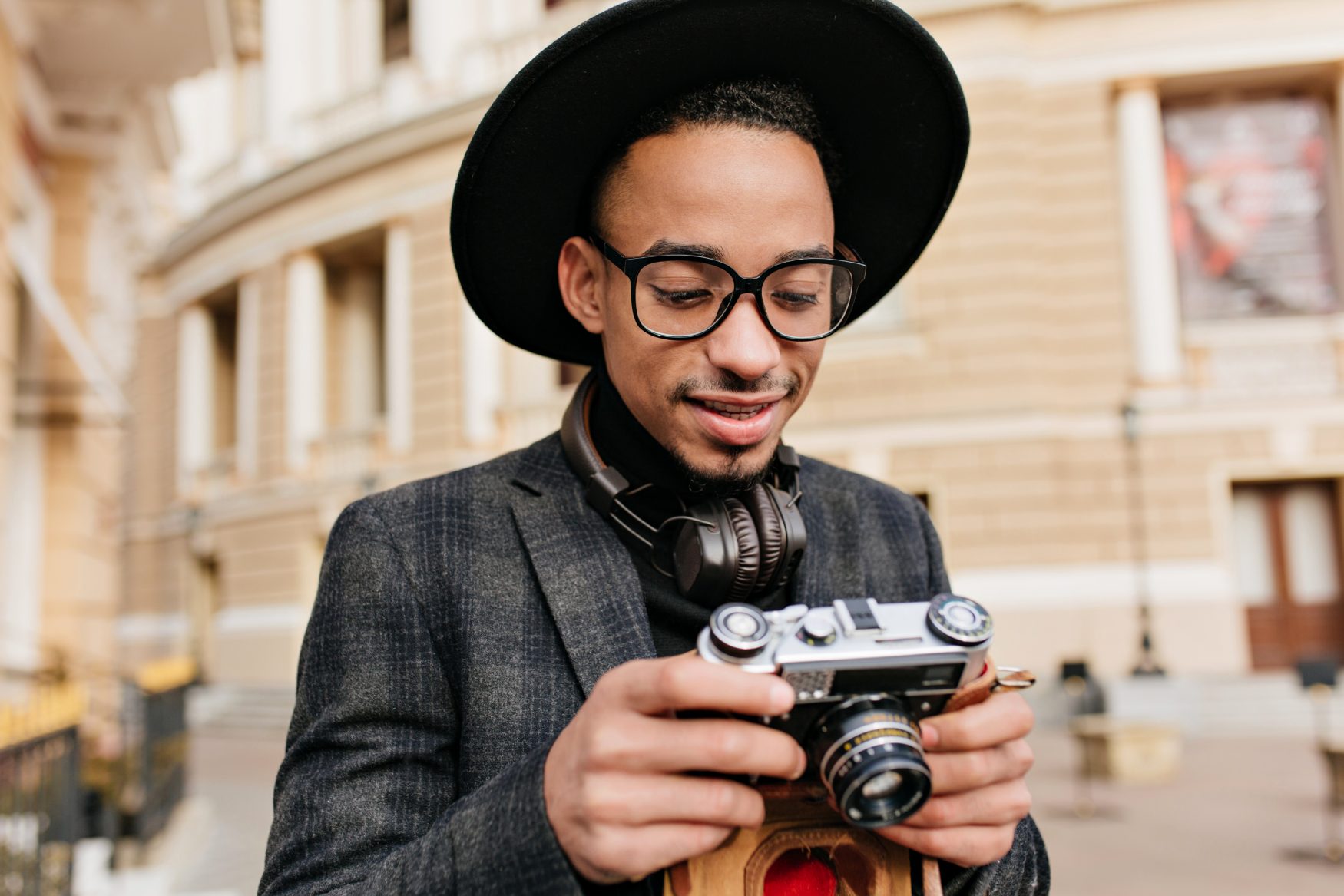 Photo-sharing site Flickr is a wonderful resource for photographers and a great way to show off your pictures to an audience actually interested in photography.

Flickr was recently bought by SmugMug, hopefully giving it a second wind after some wilderness years as part of the ailing internet giant Yahoo!.

But while the new owners of Flickr seem enthusiastic about bringing Flickr back to the pre-Instagram glory days, they might need to go back to boot camp with regards to film cameras.

An email sent out to Flickr subscribers on Thursday to promote the upcoming Flickr Worldwide Photowalk Day (4 April) includes an image of a photographer cheerfully checking the back of his camera after no doubt catching the perfect street photo. Except the camera he’s got in his hands is a Soviet-era FED-5 rangefinder, a camera whose bare bones 1950s features certainly don’t extend to a live view screen or a CCD sensor (that’s the picture, above).

The FED-5, to anyone not infected with the Soviet camera-collecting bug, was a Leica screw thread-mount rangefinder built by the FED factory in Kharkiv in what is now Ukraine between 1977 and 1996. Kosmo Foto has had a couple, and can confirm that there’s nothing particularly interesting on the back of these cameras, unless you’re particularly interested in Russian camera skins.

Yes, possibly a bit unfair to Flickr: the pic is a stock image, taken by Ukraine-based agency Look Studio and available via Shutterstock. Nearly two decades after production stopped, FED-5s can still be picked up for small change, according to a photographer from Kharkiv who Kosmo Foto met last week on a London photowalk. Certainly cheap enough to use as a prop for a day shooting stock images.

Flickr’s annual photowalk day is obviously a fantastic thing to get involved in, so after you’ve finished laughing at the bloke trying to find his image on the back of a 1970s rangefinder, sign up and get involved. And if you own a FED-5, maybe bring it along. For educational purposes, obviously.

Just to be sure, I checked the back of both of my FED 5’s. Nothing remotely interesting there, not even on the 5B (I thought maybe the B might stand for “Back,” but no.)

Or maybe he likes to hold cameras in his hands and just look at them? Like me.