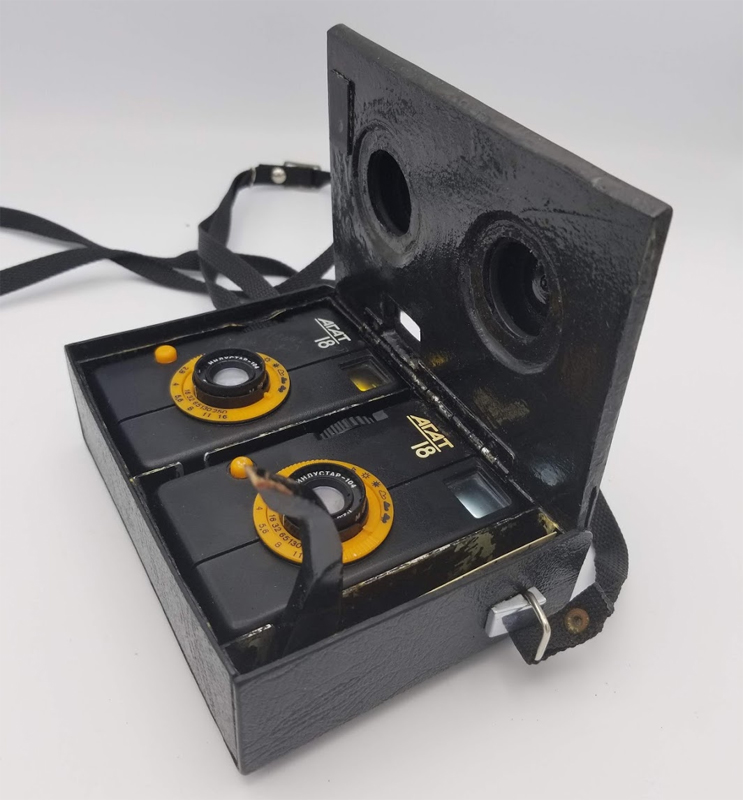 In the years after World War Two, the giant Soviet camera industry turned out models of almost every kind of conceivable film camera – from rangefinders to panoramic cameras, SLRs to spy cameras.

They didn’t ignore the stereo camera craze, either. The GOMZ factory in Leningrad – home of LOMO – built the bug-eyed Sputnik in the 1950s, while in Ukraine, rangefinder maker FED produced the FED Stereo in the 1980s and 90s.

But clearly not every photographer in the Soviet Bloc could afford one. And one of the more ingenious decided to make his own.

“Well it’s an interesting contraption, I’m still a bit unclear on how to fully work it, but there seems to be a wooden lever hidden inside the camera enclosure that serves a purpose of fixing the right Agat camera in place,” Kern told Kosmo Foto. “The wooden lever is screwed into the tripod socket. If you pull the lever and press what appears to be the button on the back of the camera it pops the camera out. Interestingly enough the button falls though, detaching from the box and you are left with a metal ring in your hands. After you remove the right camera you can unscrew the bolt in the tripod socket of the left Agat and pop that one out of the box. I would assume that’s how you change the film.

“The focus and aperture seems to be individually controlled on each camera inside as you normally do it. The shutter button is triggered by closing the enclosure and pressing on the red sticker on the bottom left corner, the wooden front cover itself serves as synchronized lever.

“There’s a lens cap cover that is hinged with a metal bracket and is actually kinds of nifty. A viewfinder is just a nicely framed set of holes that let you utilize the viewfinder on the left Agat-18. There is also a lens-covered hole on the right side of the enclosure that lets you see the a bit magnified frame counter on the left Agat. My guess is you wind these by opening cover and sliding your finger over the front portion of the exposed film advance reel.

“Not very high-tech and clunky, but it does the job.” 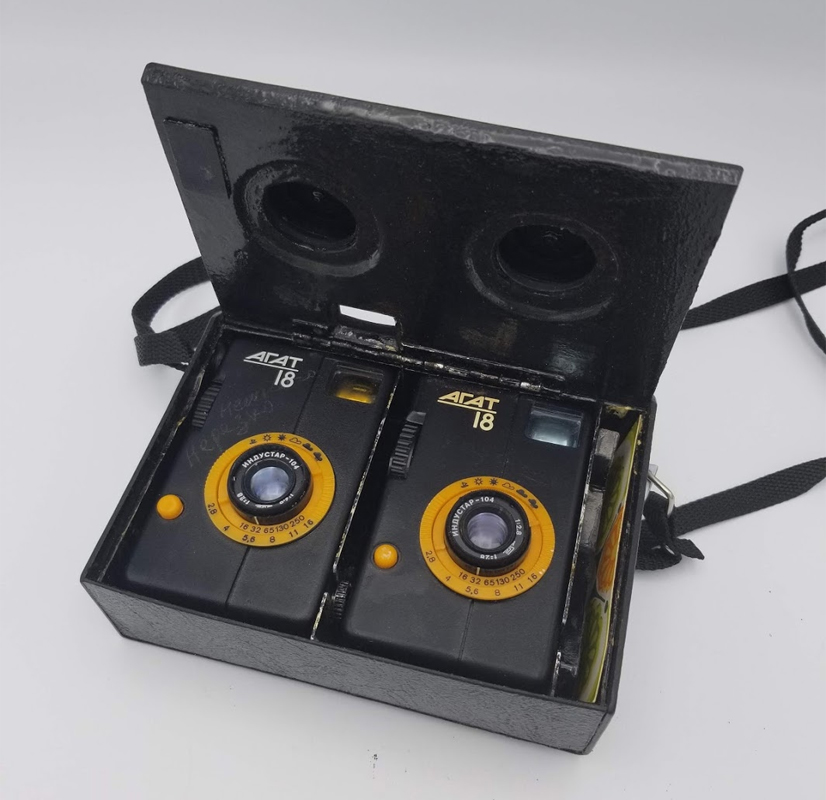 Pop two rolls of 36-frame 35mm film into the Agats and essentially this camera gives you 144 pictures, made as 72 stereo pairs. So while loading and unloading the camera looks to be fiddly, at least you wouldn’t have to do it very often.

“The inside box is sheet metal covered with plastic paneling that has a leather-like texture. The front cover is made of wood, connected by a metal hinge inside and a piece of leather or leatherette outside. The wood in the front is also covered with leatherette, the lens caps are plastic, also covered in leatherette. It is an interesting combination of woodwork and recycling some parts possibly from a metal frame of a folder camera or something even simpler. The logo ‘Kombi Lizenzen’ makes no sense at all, seems to be a re-usage of some words cut out from a magazine or possibly paper box with some branding.”

Kern said he had not seen another homebuilt stereo camera quite like this, but “I’ve seen many interesting homemade cameras and have quite a few in my collection.

“It’s pretty well made, but definitely not factory quality work.” 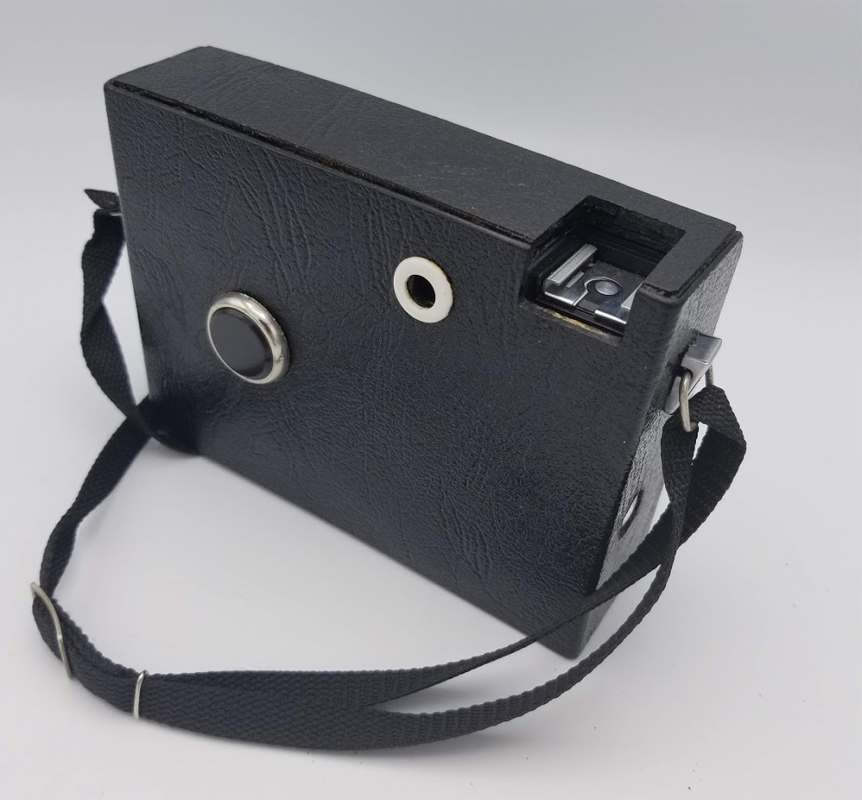