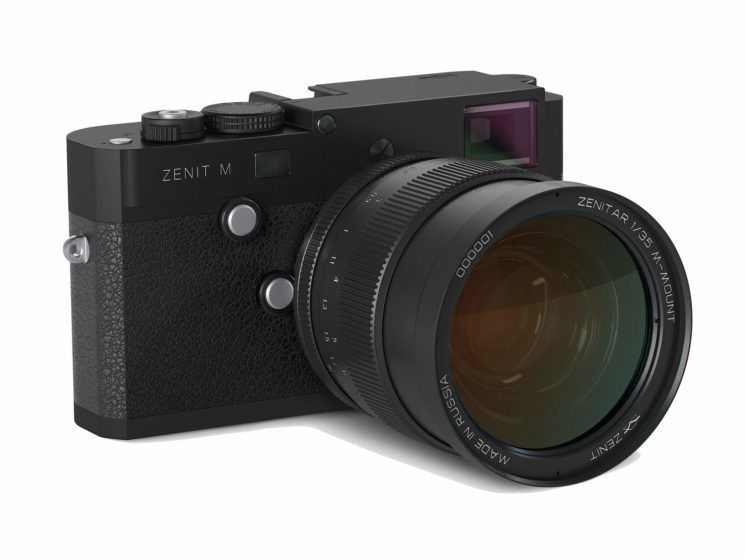 Russian camera maker Zenit’s new digital camera, the Zenit M, has been released in the US.

The camera’s exterior was designed in Russia but the camera was built at the luxury German camera maker Leica’s Wetzlar plant. It is the first camera made by the Russian manufacturer since the last of its film SLRs in 2005.

The camera was first announced at Photokina in Germany in September 2018, marking the beginning of a partnership between Leica and Zenit.

Zenit was the brand name used for SLRS produced by Krasnogorskiy Mechanicheskiy Zavod (KMZ), a giant optics and camera maker based on the outskirts of Moscow since World War II.

Aswell as the huge family of Zenit cameras, KMZ also produced the Zorki family of rangefinders, and other Soviet-era designs such as the Start professional SLR, Iskra folding camera and Horizont panoramic cameras.

It is now owned by the Shvabe group of companies, which also make medical equipment and military optics and surveillance equipment.

The Zenit M is only available in strictly limited quantities in the US – only a total of 500 cameras are being sold worldwide. According to a DP Review article published last year, the Zenitar lens that comes with the camera is both designed and built in Russia.