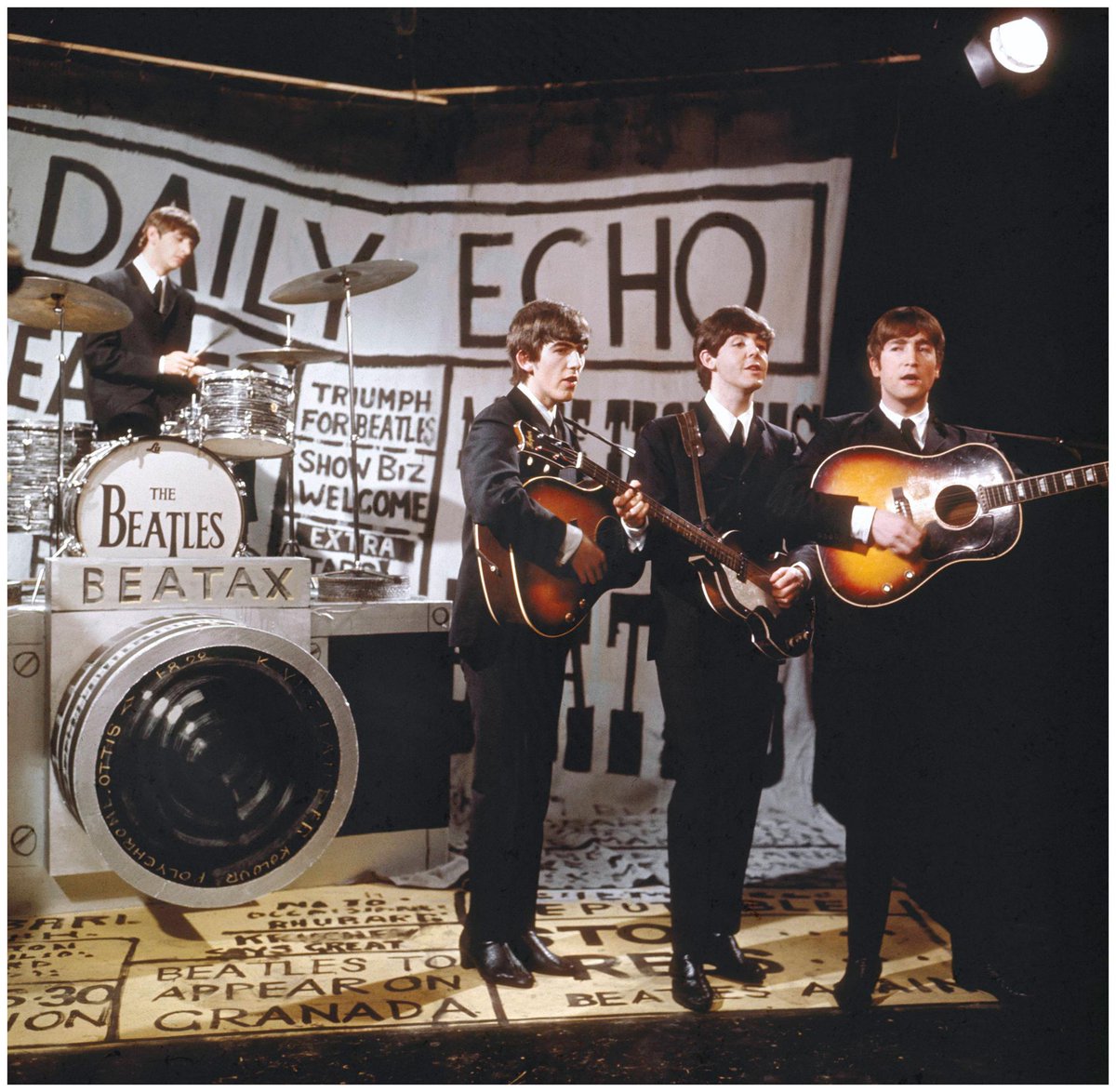 At least three of The Beatles were firm fans of Pentax cameras.

Ringo Starr famously bought a Pentax camera when The Beatles first toured the country, and became an enthusiastic photographer. So too did George Harrison. His Pentax S1a, complete with external meter, sold at auction in London in 2012 several years after his death. It raised more than £4,000.

And Sir Paul McCartney was another Pentax fan – there’s a famous portrait of him, face half hidden, peering over the top of his Pentax SV.

But that wasn’t the only Pentax connection with the Fab Four. Even before their first Japanese tour in 1966, it appears the band – or perhaps, someone involved in set dressing – was something of a Pentax fan too.

On 25 November 1963, the band – still in their suit-and-tie, mop-top phase – played their single ‘I Want To Hold Your Hand’ on Granada TV’s Late Scene Extra on British television.  It was an afternoon’s break during the band’s autumn tour, a 37-date tour which traversed the UK, Ireland the Channel Islands in a little over six weeks; a day without a concert was rare indeed, but Beatlemania required the band to play to the masses at home.

So they duly turned up to the Granada Studios in Manchester, and played in the company of a giant SLR called a ‘Beatax’, which disguised Ringo Starr’s drum riser.

The giant camera prop was only ever used for this performance, despite at least three of the foursome being photography devotees, and its fate is unknown.

Thanks Jon, I’ll amend that.