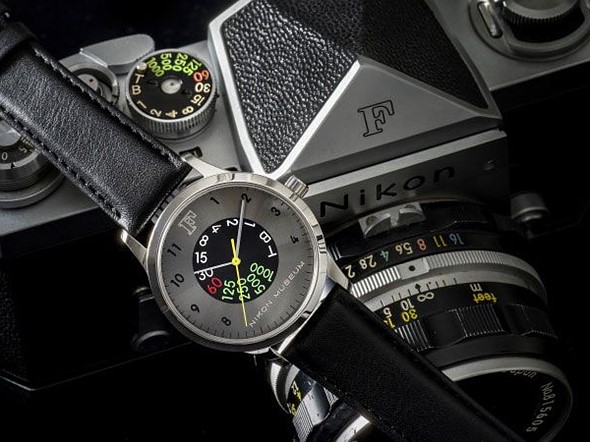 Fan of the Nikon F SLR? Now you can show your appreciation for this classic SLR everywhere you go – except possibly the shower.

The Nikon Museum in Japan has produced a limited-edition watch which pays homage to the famous camera.

The watches have been released to mark the 60th anniversary of the release of Nikon’s landmark SLR.

The watch features a giant F at the 12 o’clock position and replicates the camera’s shutter speed dial in the centre of the face.

The brushed-steel watch is only being made in a limited run of 100 and is only available for the Nikon Museum Store, reports Digital Camera World.

Also available in the museum‘s shop are a 2019 edition Nikon camera history poster, a Nikon F mug, and a Nikon F “perspective plate” showing an exploded view of the Nikon F camera (2,240 yen (£15.69/$20.65) – but the drawback here is you can’t buy them online. Might be time to put Japan on that travel bucket list…