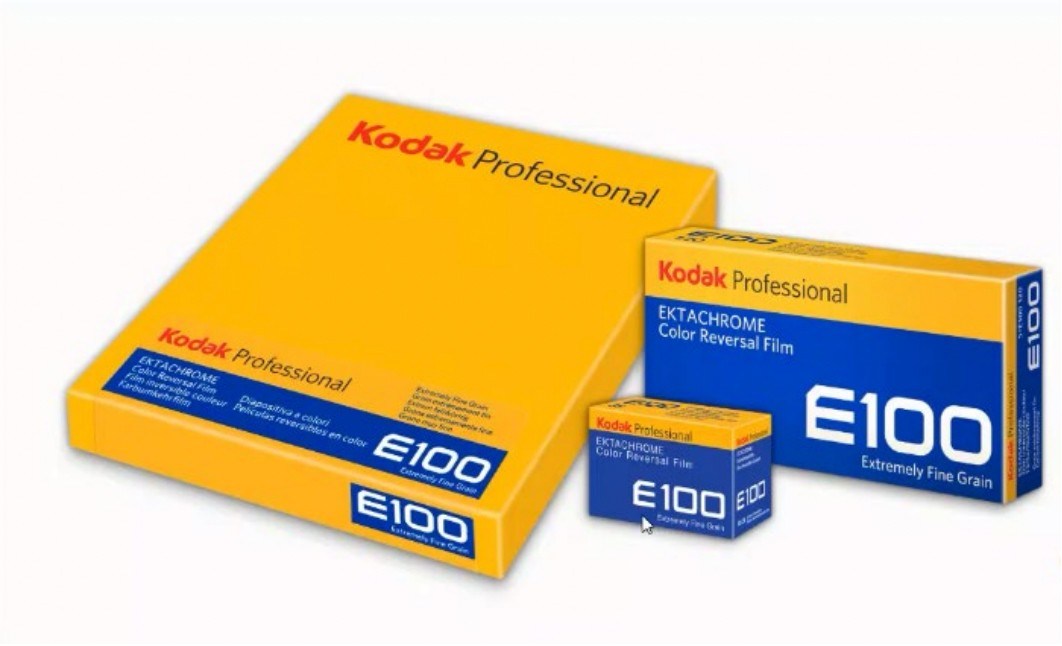 Update: Film is now being released worldwide, and recommended pricing for the 120 film has also been confirmed.

Kodak Ektachrome E100 slide film is to be released in 120 and 4×5 on in December, Kodak Alaris has announced.

A press release was sent out by Kodak Alaris to dealers in Japan on Tuesday, 10 December, reports Emulsive, saying the film will be released there on 20 December.

Kosmo Foto was sent a release by Kodak Alaris UK confirming the film would be available in limited qunatities in the UK before the end of the month.

Kodak Alaris UK broke news of the larger format films taking shape in February during an interview with Andrew Church on the film podcast Sunny 16, which was picked up by Kosmo Foto.

The press release can be read at Kodak Alaris Japan’s website. Emulsive also reports that there is word yet on when the film will be released in the US and Europe, but that they are expected to be released soon after.

The films will be released in a five-pack of 120 and in 10-sheet packs of 5×4. Official prices have not been unveiled yet, but some online retailers are offering pre-orders for £13.50 a roll.

The release follows the very successful return of Ektachrome E100 in 35mm, which was announced at the CES trade show in Las Vegas in January 2017, and finally reached retailers at the end of 2018.

Kodak’s last suite of slide films were originally discontinued in 2012, due to declining sales. That left Fujifilm – which continues to make Provia and Velvia films – as the last major producer of E6 films.

[…] more newsy post from Em about this can be found here, one from Kosmo Foto here, and DPR here Bellamy, shared his thoughts with relation to the recent price hike news […]