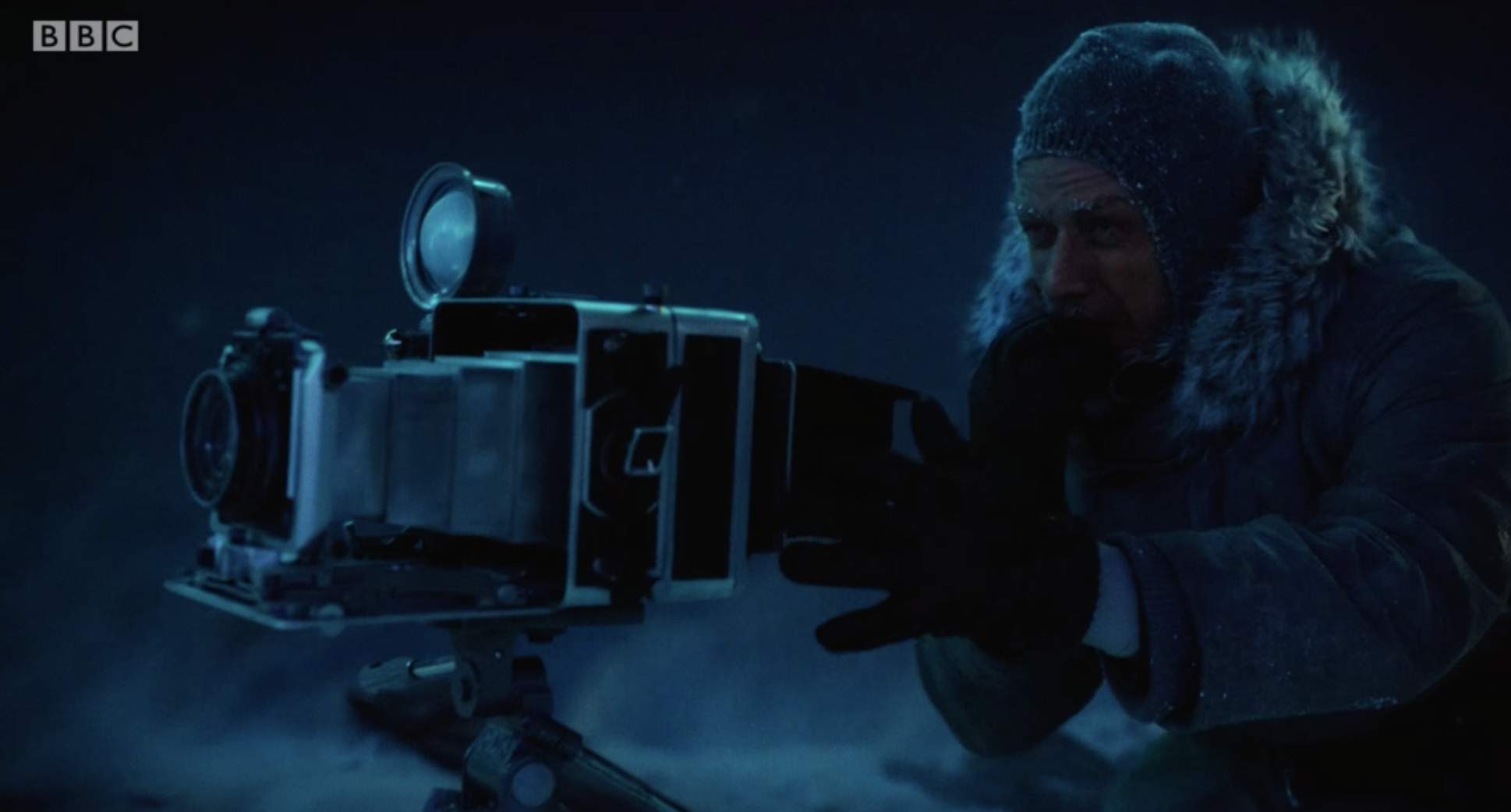 Philip Pullman’s epic fantasy series ‘His Dark Materials’ has been turned into a BBC drama series, the first episode of which screened on Sunday night.

The series – which stars the likes of ‘X-Men” star James McAvoy and ‘Mrs Wilson’ star Ruth Wilson – is set in a parallel Earth run by a mysterious religious order known as the Magisterium.

This alternative Earth is a post-apocalyptic world that has survived a cataclysm called The Great Flood, where giant metallic airships ply the skies instead of airliners… and there are some very odd ideas about film processing.

The first episode (based on the first book, ‘The Northern Lights’), Lord Asriel (McAvoy) is seen taking pictures of the Northern Lights from the windswept top of a snowy mountain, accompanied by his soul, which has the shape of a snow leopard (it is a fantasy series after all). Asriel takes a series of pictures on a large format camera before trekking through the storm to a hut to develop his images.

Except… Asriel takes the film out of the holder and they’re already developed, straight out of the camera, with the explorer and his assistant immediately start looking at the images on a light table.

Later – when Asriel returns to his niece Lyra, the teenage protagonist living in a college in Oxford – he admits that some of his films contain a chemical that reacts not to light like silver nitrate, but to an invisible and controversial form of energy called “Dust”.

The rather fantastical technology – cameras that seemingly develop their films in situ –  hasn’t got unnoticed in film photography circles, with several comments on Twitter and Facebook. Worth bearing in mind, however, that this magical realist fantasy, and that might extend all the way into how cameras develop their film.

Large format cameras could perhaps see a bloom of interest thanks to this high-profile series – which is co-produced by HBO, the studio behind Game Of Thrones – but any budding Lord Asriels will have to realise that pulling the film out of the camera without a quick trip to the darkroom won’t reveal anything. From this world or otherwise.

That’s about what I’d expect from a production shot with a digital camera.

Can we figure out how to manufacture “Dust”?