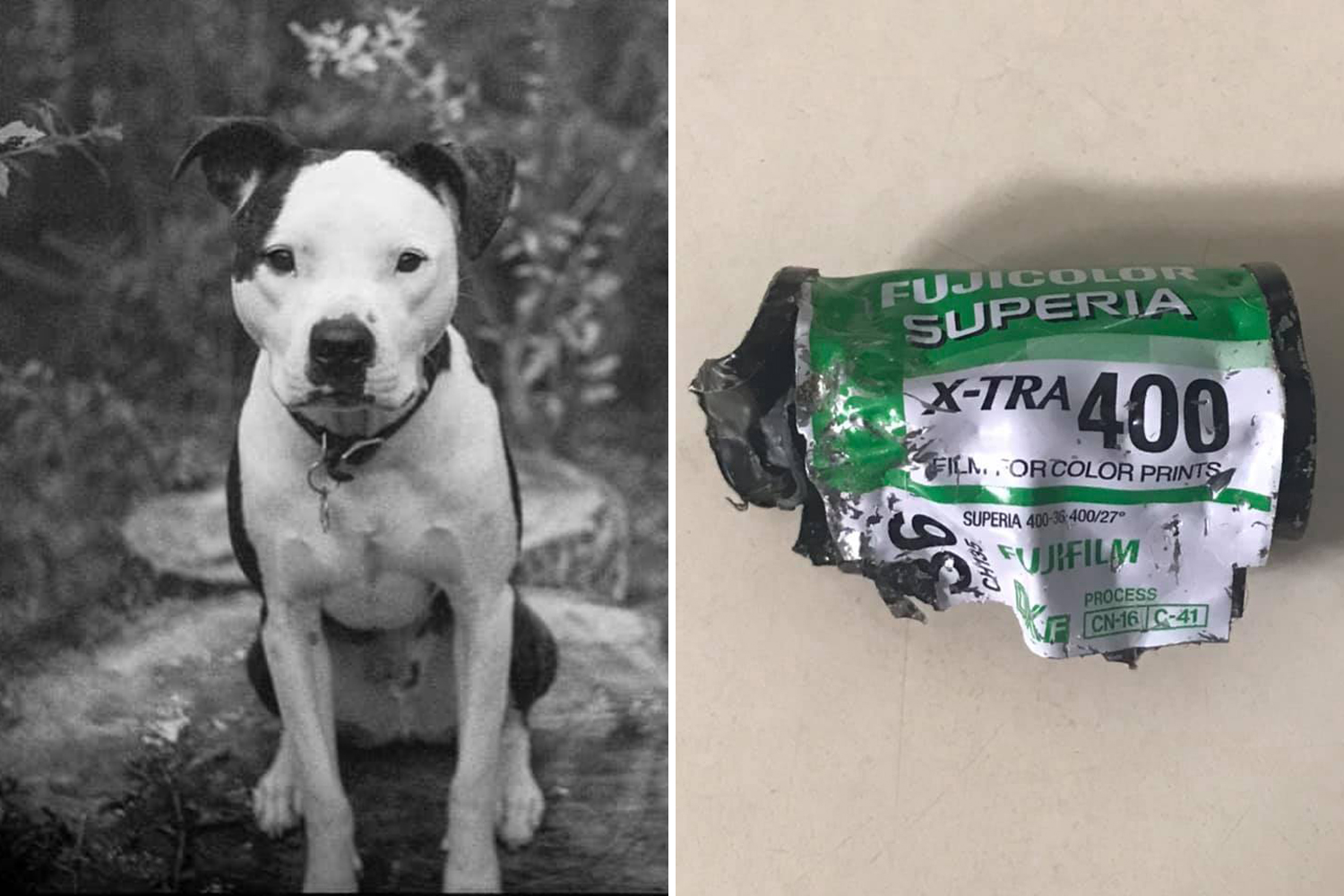 Anthony Rue, who runs the café-cum-film-hub Volta Coffee in Gainsville, Florida, recently discovered when he came home after work that his dog Otto had munched his way through a few rolls of Fujifilm 35mm film he’d left in the kitchen awaiting a shoot.

Rue posted a picture of the mangled canisters on Facebook – alongside the guilty hounds – as a warning to others. But Kosmo Foto wanted to know a little more about the incident, especially as the dog in question has shown up again and again in Rue’s film photography.

“Otto is a hurricane pup,” Rue told Kosmo Foto. “Two years ago, as Hurricane Irma threatened most of Florida, a woman evacuated from Miami to the Gainesville area. She brought along her dog, a pit pull mix that had just given birth to a litter of seven the day before the storm hit.

“When the storm passed, the owner abandoned her animals when she left to return home. I found out about the puppies from a no-kill shelter that had taken them in from the storm.

“When the puppies were old enough to adopt out, we were picked by Otto. He lives with Leika, our nine-year-old Florida pit-mix mutt. Both are my subjects for testing new camera acquisitions and films. It is to the point that both dogs recognise when I have a camera in my hands and will run into the back yard to pose.

“Otto has a stump from an old oak tree that came down in the back yard that is our favourite place for portraits – he will tear around in circles before leaping a metre up to land squarely on the stump. He will hold a pose until I snap a few shots and release him with a treat.

Our house is on the edge of a wildlife preserve state park, and we are surrounded by wildlife. We never know what will appear in the yard – fox, raccoons, armadillos, opossum, deer, wild bison, and the occasional alligator. Otto and Laika are the household alarm system, letting us know that the gopher tortoise has strayed too close to the house for their comfort, or the wild horses are eating the figs from the front year. 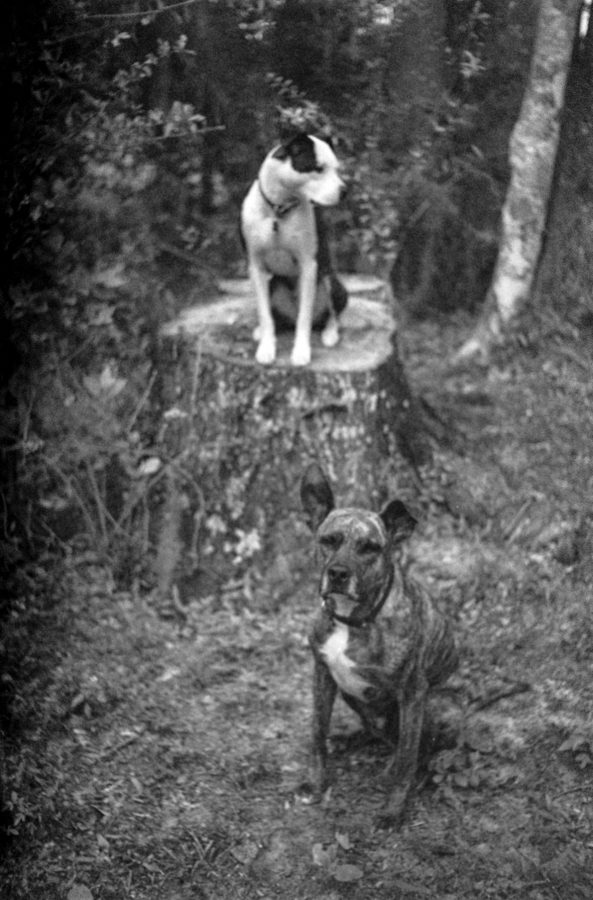 “He is like a magpie, and we find broken bits of just about anything that will fit in his mouth in the back yard. CAT5 wiring with the connectors chewed off. Bits of old broken bottles; he uses the thickest pieces as chew toys.

“Last month he snatched a serrated knife off the counter and ate the hilt. When I came home from work he was running around the house with the seven-inch blade sticking out the side of his mouth. We are lucky he didn’t stab Laika by mistake.

“The film story is amusing because he figured out how to open the box to remove the plastic canisters, then open the canisters to get to the cassettes, then chew the ends off the cassettes to get the film out.”