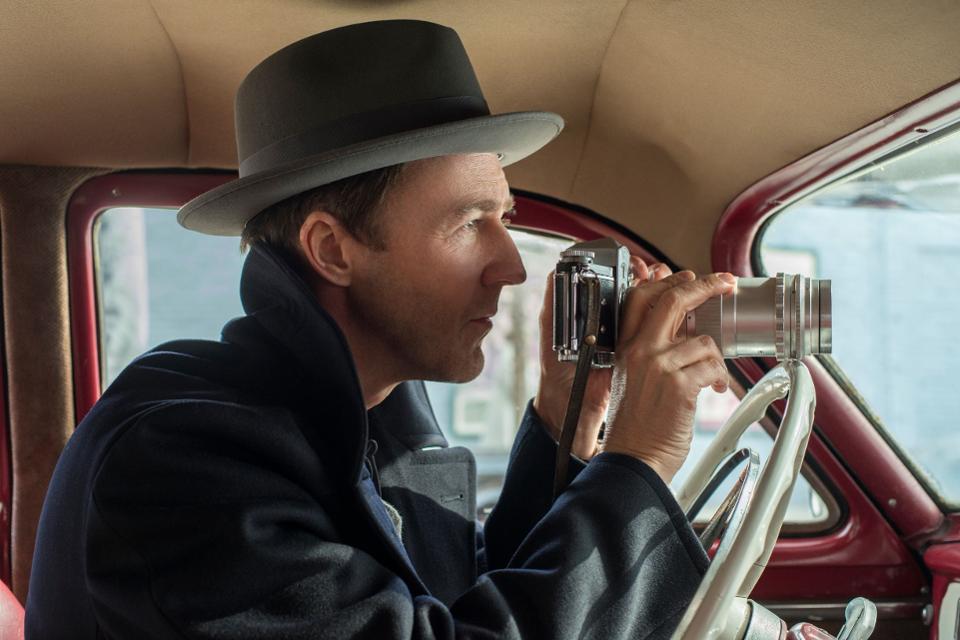 Want to hammer home the film noir mood of your new thriller?

That’s exactly what’s happened with the poster for Edward Norton’s ‘Motherless Brooklyn’, which sees the star (who also directs) carefully handling an Exakta VX from the seat of his car.

The film is an adaptation of the 1999 novel by Jonathan Lethem, about a private detective living with Tourette’s Syndrome who has to investigate the death of his mentor and friend (played by Bruce Willis).

The film had its international debut at the Telluride Film Festival in Colorado in August and is released in the US on Friday (1 November).

The 1950s-era camera might seem to be a little out of place to anyone who read the novel – the book is set in the 1990s – but Norton felt its film noir mood suited an earlier period, so the film itself is set in the 1950s. Many of the classics of the noir genre were made in the 1950s – including another film which also starred an Exakta: ‘Rear Window’.

Alfred Hitchcock’s 1954 film starred Jimmy Stewart as a swashbuckling photographer trapped in his house while recuperating with a broken leg. His Exakta – an East German system SLR which slugged it out with the West’s best for the attention of press photographers – plays a crucial part in the film’s plot (no spoilers, don’t worry).

Whether Norton’s thriller remains as well regarded as Hitchcock’s classic in decades to come… well, time will only tell.

…”His Exakta – an East German system SLR”…
Correct, but there is more: the Exakta (Kine Ekakta 1936) was the first system SLR for 35 mm film. And that is very important…
Best regards
Valentin

Very good point – will amend. Thanks.