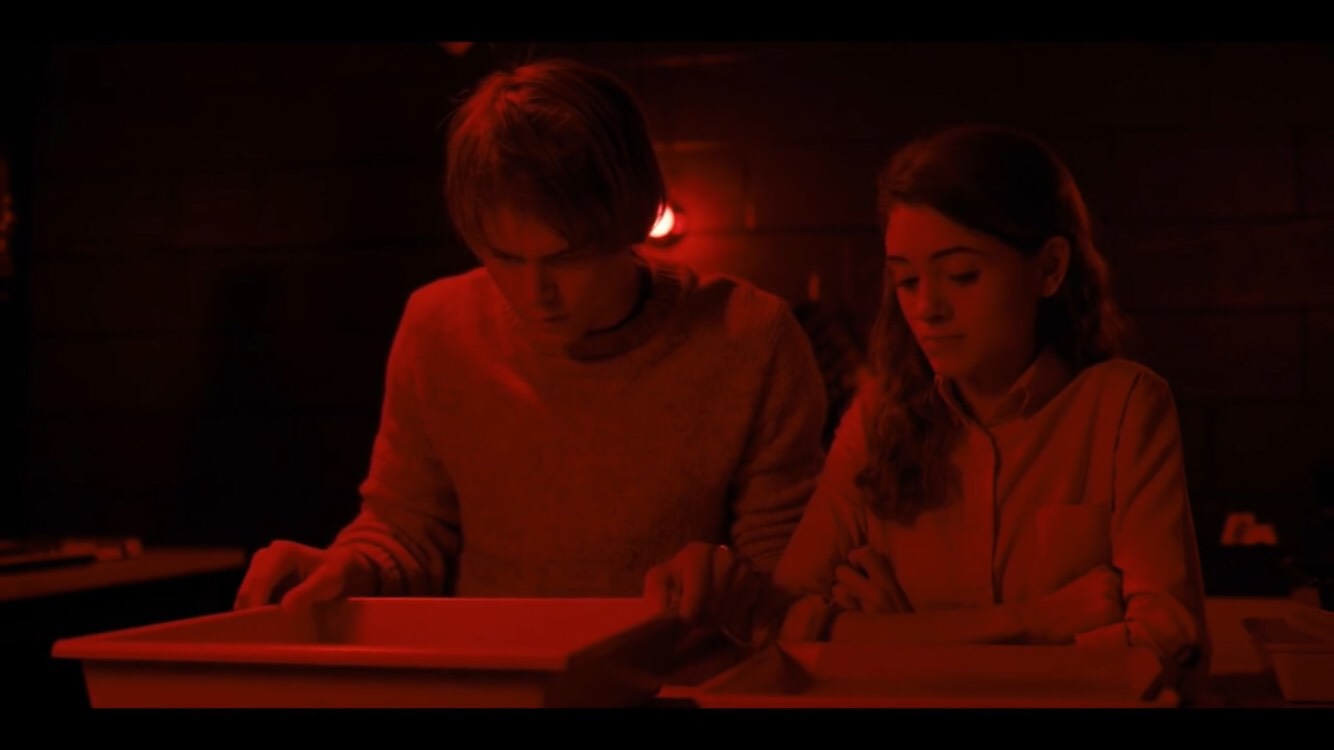 Netflix’s 80s-era sci-fi series ‘Stranger Things’ is deeply rooted in the analogue-heavy tech of the decade.

It’s an era of VHS, vinyl, rotary phones and film – and the series’ makers have revelled in evoking a sense rich in nostalgia for the Generation Xers who grew up with Dungeons & Dragons, Steven Spielberg, Defender and ‘Wargames’.

But it’s not just some of the popular culture references that can be confusing to younger viewers. Take the “red room” that some of the characters go into to “refine” their photos.

The character Johnathan Byers (played by Charlie Heaton) is an aspiring photographer, and in one scene in Season Three he and his girlfriend Nancy attempt to print a picture of one of the Demogorgons, one of the mysterious creatures appearing in their hometown of Hawkins from another dimension.

On the Stack Exchange Movies & TV forum, one viewer asked: “In ‘Stranger Things’, we frequently see Jonathan go inside this to “refine” his photos or something. I don’t quite understand what happens here.

“He puts the photo in water, and somehow this makes it more clear? An example is in the first season when he refines Barbara’s photo and sees a little bit of the Demogorgon.

“Is this an old film technique, and if so, what is it called?”

A number of fellow commenters were quick to helpfully point out it was a darkroom, and just how photographers used it to create images back in the days before digital.

Some even tried to relate the technology of enlargers and wet chemicals to 21st Century photographic techniques.

One answer read: “They were specifically using an enlarger (mentioned in this answer) to “blow up” the portion of the image with the demogorgon. Today they would have pinch-zoomed the HD image on a phone or tablet and lightened the image in Photoshop.”

The exchange has also made to the r/memes subreddit on Reddit.

While Stranger Things mania has resulted in such intriguing merch as the new Polaroid Originals Upside Down camera, it appears that it might also introduce a whole new generation to something else even more mysterious – the darkroom.

I’ve not seen ‘Stranger Things’ as I don’t like SciFi in motion pictures or literature but with what seems to be an increasing number of school students studying photography it would be good to begin with film; they’d learn so much more in my opinion. With cameras, film loaders and expired bulk film, enlargers and other darkroom necessities available for little even cash-strapped schools should be able to afford it.

How old are the people who ask these questions, 10? It’s blatantly obvious that they’re developing photos by watching the show!! Some people are still developing photos in this way in 2022. Oh and please stop using the cliche term ”Gen Xer”, it makes me cringe.