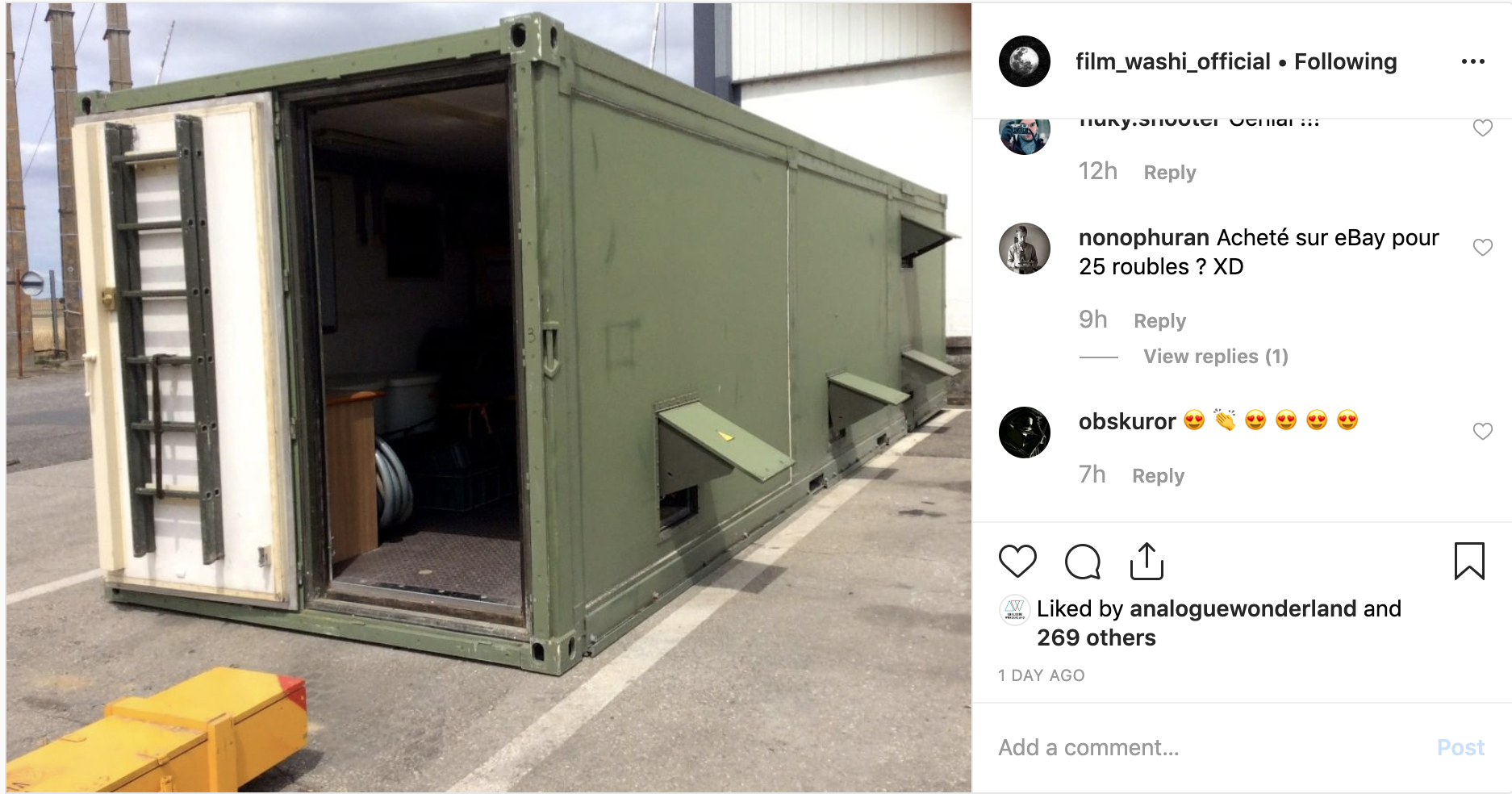 On Film Washi’s Faceook page Perrotin wrote: In 2013, Film Washi started in a closet of 1.5 square metres… in 2016, I moved into a garage… This coming year I will change for something different…

“This is a mobile air force container originally used for on-site aerial photography processing. Is has been deploy in Tajikistan & Afghanistan and will now have a much more peaceful, but still adventurous, second life!”

The new Film Washi HQ comes amid a period of growth for the French producer, the world’s smallest film factory. As Perrotin told Kosmo Foto earlier this year, Film Washi has moved from handmade packaging ton new packaging made by a European film producer. The brand produces eight different varieties of film, including ‘S’, which is a sound recording film.

Mobile military darkrooms are sometimes put up for sale privately after the end of their service – this example was put on sale on Craiglist in 2016.