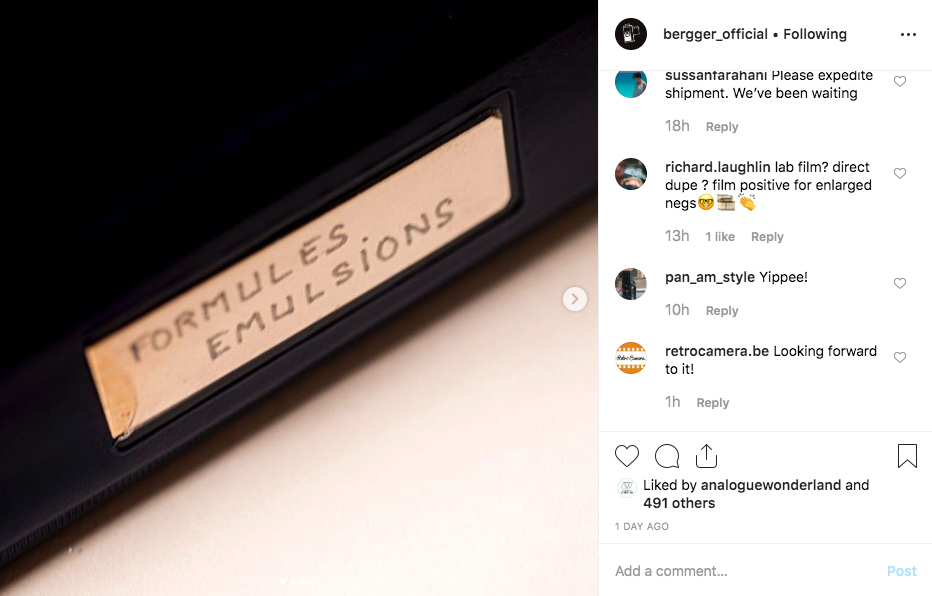 French film producer Bergger has hinted that it is working on a new film.

The company teased news of a new emulsion on Instagram on Wednesday.

The French company – the last manufacturer of analogue film and papers left in France – posted four images, including a negative of a portrait.

The post read: “We are very proud to tell you a little bit of a secret… For months we have been working on a new project… New product? Well, to be honest not completely new… We have in our cookbook the recipe of a very special film we think you’ll love… Stay tuned, we will tell you more soon.”

The images also include fragments of a film recipe, but there are few concrete details given away.

At the moment, Bergger produces only one film, the very well regarded Pancro 400 black-and-white film. The 400-ISO film is available in a range of formats, including 35mm and 120, aswell as large format.

Its launch in 2016 came amid a raft of new ‘boutique’ films emerging amidst the analogue photography revival, alongside the likes of Japan Camera Hunter’s Street Pan 400 and Ars Imago’s 320 film.

Kosmo Foto hopes to bring you more details about the new film soon.