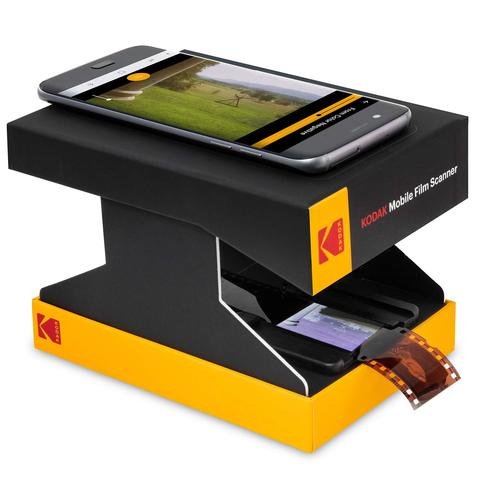 Kodak has unveiled a new mobile film scanner that allows you to scan using your smartphone – and it’s made of cardboard.

The new Kodak Mobile Film Scanner costs just $40 (£33) and is powered by a pair of AA batteries.

Kodak says: “Our handy scanner is crafted of heavyweight cardboard, which folds down into a small, compact package for portable ease.

“A built-in LED backlight illuminates your old 35mm films and slides, while the dedicated KODAK Mobile Film Scanner app lets you control everything on your smartphone screen.

“Crop, rotate and adjust images, add flattering filters, and share directly to social media for Throwback Thursday and more. It’s time to get moving on your personal media conversion.” 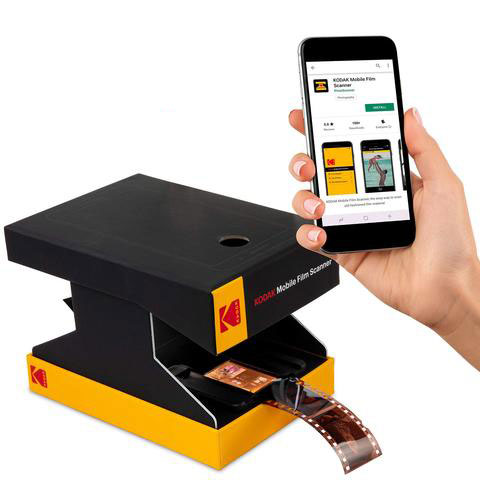 Kodak has listed the scanner’s specifications, which are:

To scan the images, users will have to download the associated app. Kodak says the app allows photographers to “crop, rotate and adjust images, alter colour and contrast, add flattering filters, and switch your camera from negative to positive mode with just a swipe”. 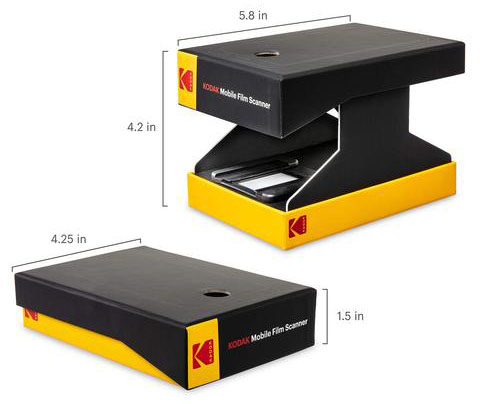 After use the scanner can be disassembled and turns into a slim box.

More details on the scanner can be found on Digital Trends, who have reviewed it. Their consensus seems to be that the scanner is fine for converting old film shots into film-friendly images to share from your phone, but is unlikely to rival a proper flatbed scanner.

I downloaded the app and it looks like it will work with an iPad (I don’t have or use a smartphone) and something cobbled together to work on the light table, though it wouldn’t be mobile (not important for me). Possibly good to do a quick scan of 35mm film for a blog post without providing a link to a high res copy. So I’ll be trying this as my Minolta scanner gave up.
Thanks for the ‘heads up’.