My name is Madeline, I am living in Bucharest, capital of Romania.

Photography has been my hobby for a long time. My favourite part about analogue photography is the quality of film, the sound, chemicals, textures, mistakes, where each photo is a surprise, and shooting film is more personal and magic for me. I like to capture everything around me. Sometimes I prefer to be in front of the camera not behind of it.

My sister lives in Stockholm, so my mom and I decided to visit her for Easter Holidays. I visited Stockholm three days after the truck attack. As soon as I got into the beautiful Scandinavian capital, I dropped my luggage and took the subway to T-Centralen – the place where the attack happened.

There were so many people, so many colours, and a positive atmosphere overall. Everybody had flowers that they were offering to the police, as a thank you for the way they responded to the incident.

The vibe of the city was a bit different from the other two times I visited Stockholm. I felt how strong was their community, a community that believes in equality and does not resort to hatred even in such moments. The atmosphere was a relaxed one, and made you feel good to be there.

I return gladly every time to Stockholm. It is one of the best cities I’ve ever visited. There is so much greenery and so much water in one place, it’s very beautiful. The city is very nicely organised and there is a great harmony there.

One of the nicest places I have seen in Stockholm, is the Fotografiska Museet – a museum dedicated to photography. The museum is on the sea shore, with an amazing view – definitely a must see if you ever make it to this Scandinavian capital.

On top of the museum there is also a great bar and restaurant. After you enjoy your coffee with the best view, you can head down to have the most delicious vegan burger, at Vigårda. Stockholm screams art from many point of views – be it museums, street art, fashion, or the amazing subway art that is spread across the city.

Stockholm knows how to make the best out of everything – including using spaces under bridges. One of the best skate parks is situated under a bridge, so is one of the hip places.

Scandinavian Photo is a heaven for photographers, from where you can get anything you need for your photo or video camera, and on top of everything, they also have amazing staff.

When I travel I prefer to have with me my Canon EOS 500, in this trip I used a roll of Kodak Gold 200 film. In the past I used to shoot with a Canon AF ML – but I have over used it, so now it’s not behaving very well.

My photographs are real, and raw after developing and scan. As an observer, I love to walk, I love to discover new cities and capturing on my analogue cameras the moments of living our daily lives. 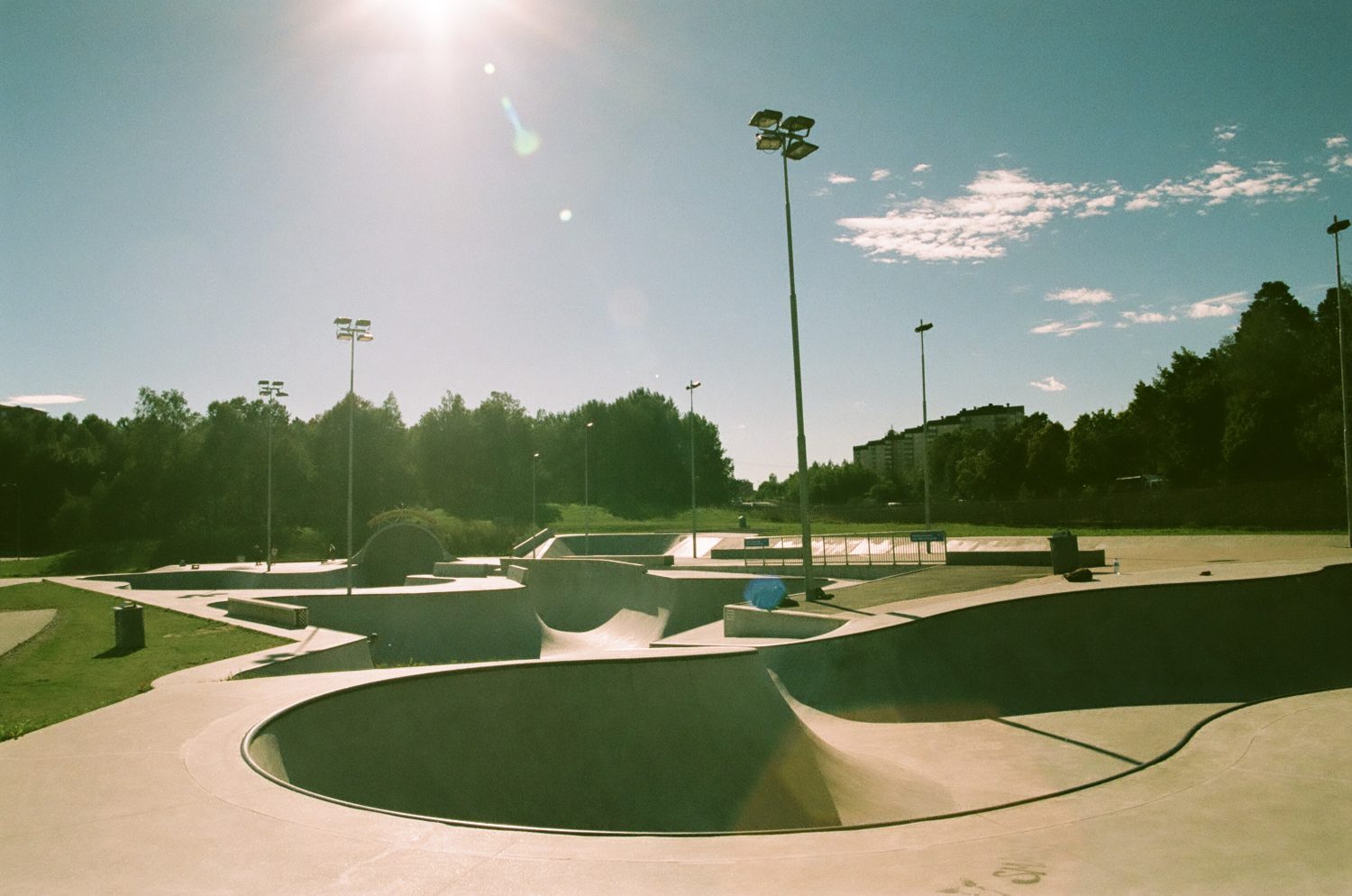 Waikiki on a Canon F-1

Lyon on an Olympus 35RC