Both reached their peak in the decades following World War II, both morphing as technology changed and offered new opportunities for expression.

Many of the photographers shooting bands in the 1960s and 70s were young and filled with new ideas, often inspired by the music they were helping document and by the influences – books, film, fashion – which inspired it

Before 2005, most album cover portraits were shot on film. But what of the cameras themselves? Kosmo Foto has compiled this list of records where film cameras are featured.

One of the most iconic album covers of all time, the cover shows Costello shooting photographer Chris Gabrin’s Hasselblad 500 from the hip. Costello’s seeming self portrait (he was in fact shot by Mankowitz) makes it look like he’s snapping away in front of the mirror. Gabrin told an interview Costello had asked to listen to ‘Hotel California’ by The Eagles while Gabrin shot him – he hated the song so much he thought it would help him adopt a suitably spiky pose. 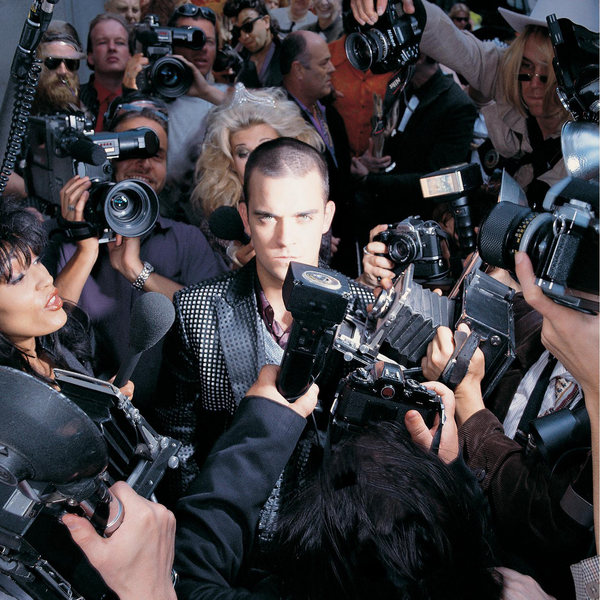 The album that spawned Williams’ biggest hit – the karaoke and funeral classic ‘Angels’ – features a veritable camera shop’s worth on the cover. It’s as if someone in the art department had run down the length of London’s Portobello Road antiques market with an oversized suitcase and simply shouted: “I’LL TAKE EVERYTHING!” As someone who has been living in London since the mid-90s, I can confirm that Britain lagged behind much of the developed world in a few key areas – central heating, decent coffee – but no paparazzi photographers were still shooting on folding cameras this close to the new millennium, trust me. 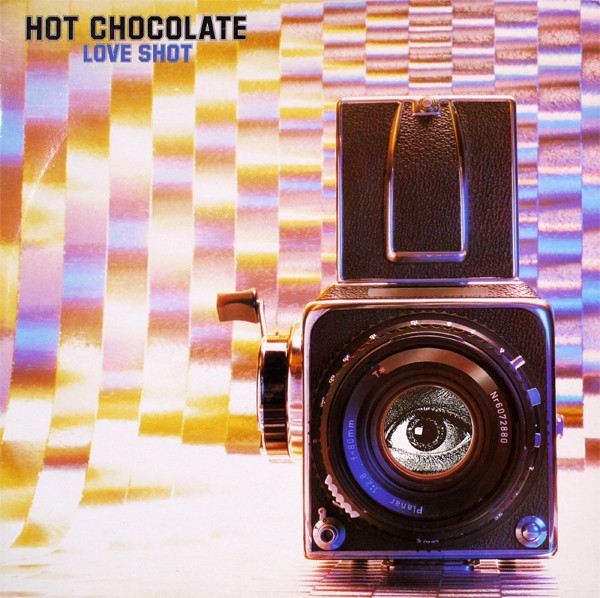 Hot Chocolate – the British soul combo best known for ‘You Sexy Thing’ and ‘It Started With a Kiss’ – featured another Hasselblad on the cover of 1983’s Love Shot, though this one came with an accessory  you’re unlikely to find combing through the brochure – a human eye! 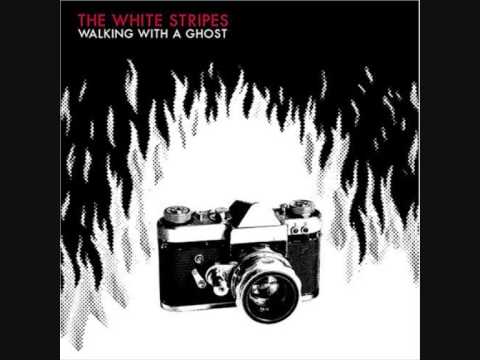 The White Stripes
Walking With A Ghost (2005)

The White Stripes’ Jack White is no wallflower when it comes to analogue culture – the former furniture restorer even linked up with LOMOgraphy to release a White Stripes-themed Holga (‘Jack’) and Diana (‘Meg’). So no surprise, really, that a film camera makes it onto the cover of the EP ‘Walking With A Ghost’, but the camera in question is right out of left-field – the KMZ Start, a 1950s Soviet attempt to build a system SLR. Is White a secret camera collector?

In 2010, Carl Barat – one half of the creative heart of British band The Libertines – released his debut self-titled album. The cover – a self portrait in a mirror, with his partner in the background – was taken on a Leica M6. Given the album only reached Number 52 in the UK charts, we’re hoping he didn’t put it on his credit card… 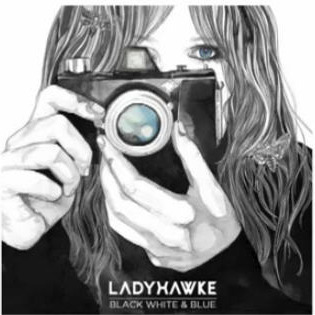 Kiwi indie act Ladyhawke made a big noise with her debut album in 2010, and followed it up with ‘Anxiety’ in 2012. The single ‘Black White And Blue’ features a painting of her holding a film camera up to her eye – something generically “analogue” rather than a recognisable design. Still, welcome to the club. 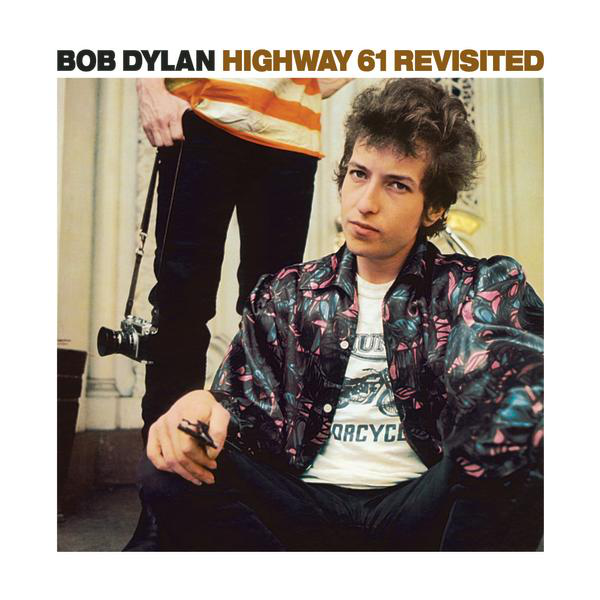 An undeniable classic, perhaps a little long in the tooth for most of today’s audience but capable of sterling results of shown a little patience… anyway, enough about Bob Dylan, the camera seen dangling by its strap in the background of one of Dylan’s seminal 60s albums is a Nikon SP, one of the best rangefinders ever built. One of those new-dangled SLRs Just wouldn’t have been authentic, man. 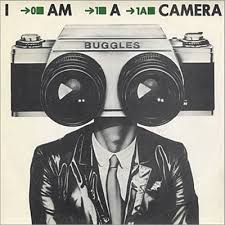 Trevor Horn’s pop project The Buggles arguably kickstarted 80s music with their ridiculously catchy 1980 hit ‘Video Killed The Radio Star’ (the first song played on MTV, fact fans). Their 1981 single ‘I Am A Camera’, a reworked version of a Yes song originally called ‘Into The Lens’. But just what camera are Trevor Horn and Geoff Downes? Well, it’s certainly some kind of stereo camera, but not one we’ve ever seen in Brian May’s collection… 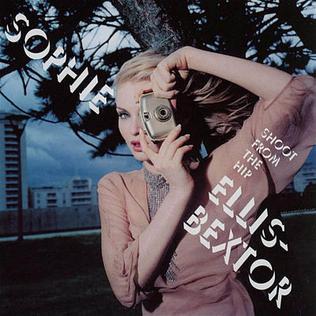 Sophie Ellis-Bextor
Shoot From the Hip (2003)

Ellis-Bextor was the teenage frontwoman of indie band theaudience (masterminded by friend of Kosmo Foto Billy Reeves) and became a bona fide pop star thanks to the 2000 dancefloor-filler ‘Groovejet’, a collaboration with DJ Spiller. On her second album, the British pop star took the album title almost literally, holding a particularly glam gold camera ready for action? But what is it? A Pentacon Penti, a 1960s East German half-frame camera marketed at women. 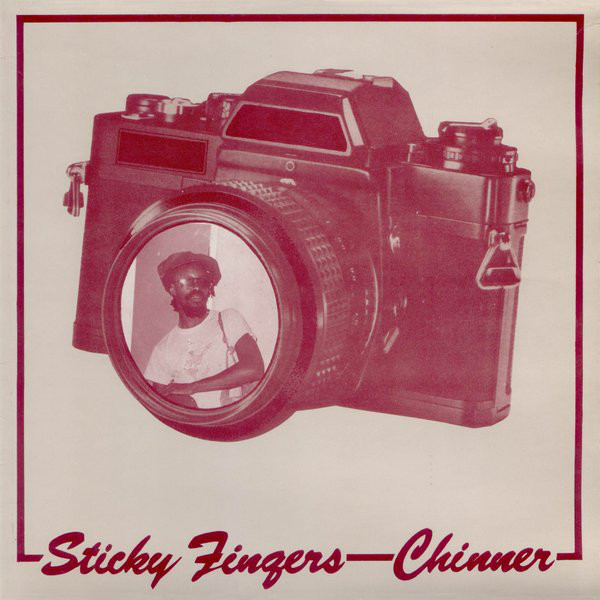 Earl ‘Chinna’ Smith is one of the most celebrated guitarists in reggae music, having appeared on some 500 albums. On his 1977 debut album ‘Stick Fingers’, he appears superimposed over the lens of some kind of SLR – though no matter how many times Kosmo Foto peers at it, we still can’t work out if which one it is. Answers, please, on a postcard.

What have we missed? Let us know other film cameras on record covers in the comments below!

I enjoyed reading this one, great piece of research! I wonder how many digital cameras (not counting phones) have been featured on album covers.