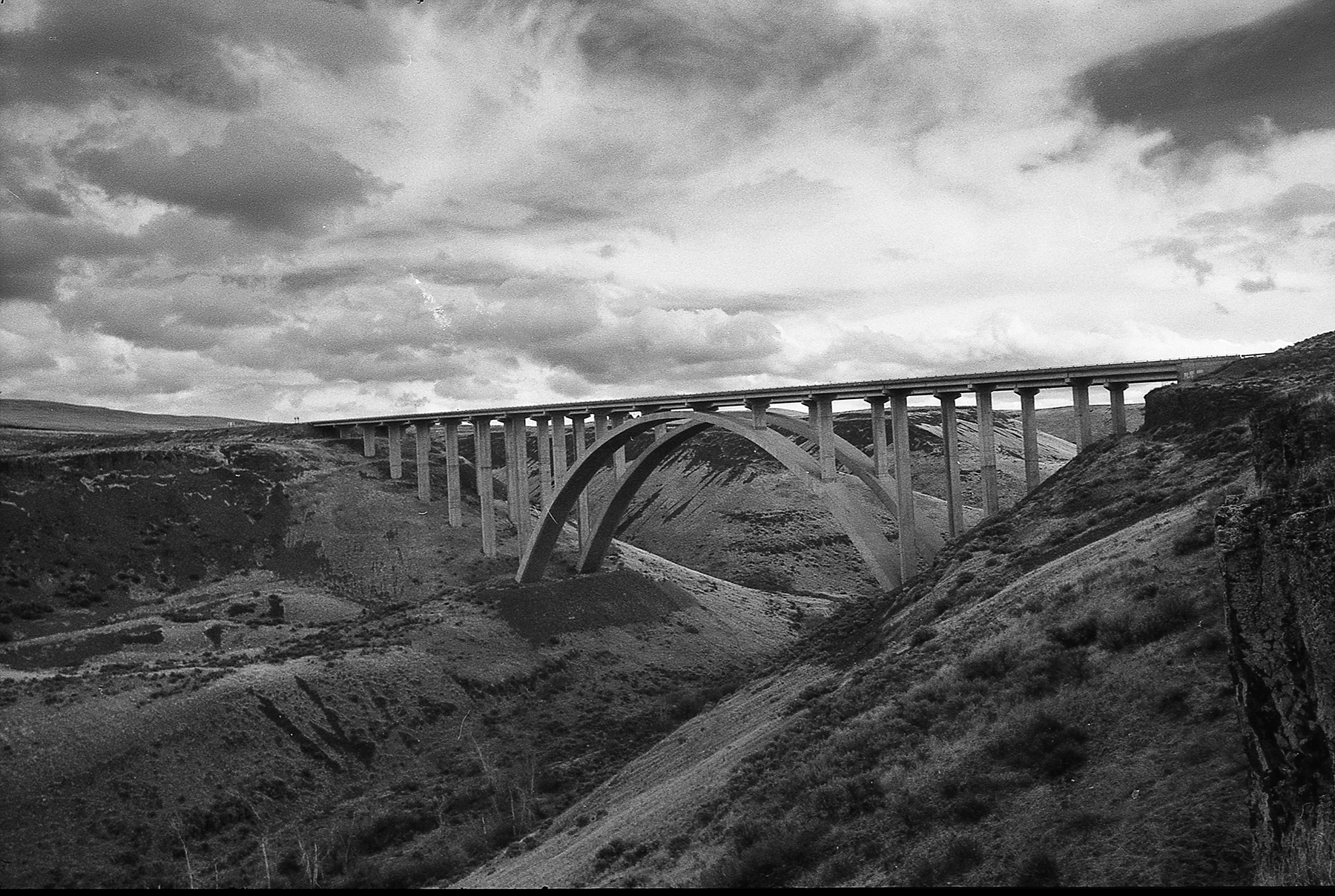 It’s been a while since we’ve had a Kosmonaut post on Kosmo Foto.

The latest is all the way from the West Coast of the US – a fan of the film since it was first released.

Where are you from?
I am from Buenos Aires, Argentina, and have lived in Washington State (USA) for the last 26 years.

How long have you been shooting film?
Since 1979.

What other films do you like using?
Since diving very seriously into pinhole photography, I have developed a passionate love of Ilford Pan F. 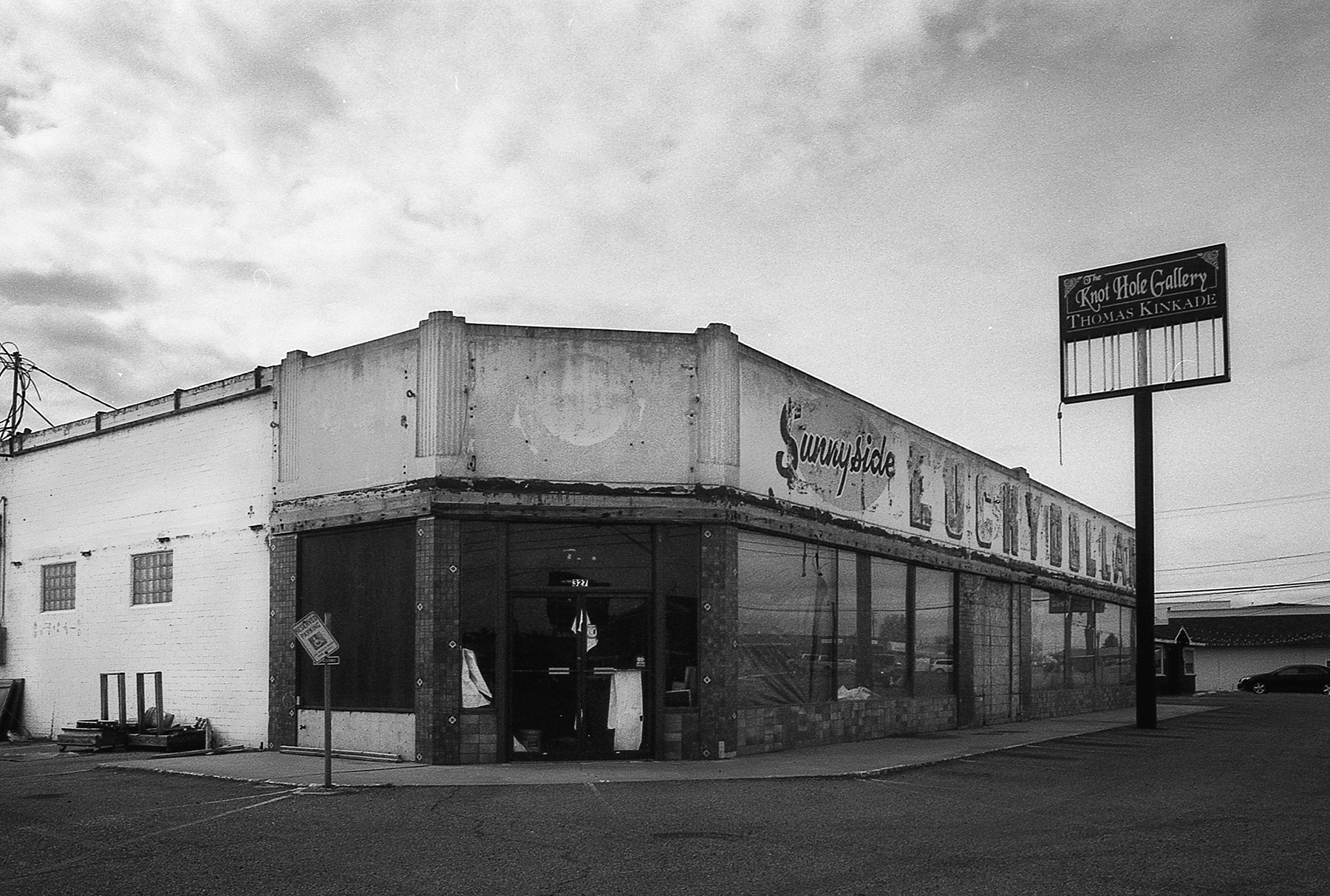 What are your thoughts about Kosmo Foto Mono?
I love its versatility! These shots, taken during an early Spring trip to eastern Washington State last year, were my attempt to put the film through most of the situations I normally shoot in: a lot of landscape, a few interiors. Since the light can get pretty bright in the area, I thought I’d use a yellow filter in all of the sunny shots (except one where I took it off, to get a comparison).

I was impressed by how crisp and contrasty the images were, even the one of the distant grain elevator shot against a mass of storm clouds. The sunlight peeking out of the top of the storm was strong and I wasn’t sure I would get anything. But the film came through rather gallantly, I thought.

The one indoors shot, of the RR café of  ‘Twin Peaks’ fame (the David Lynch TV series), has plenty of detail in the shadows for my taste and shows the interior in as much details as I wanted. 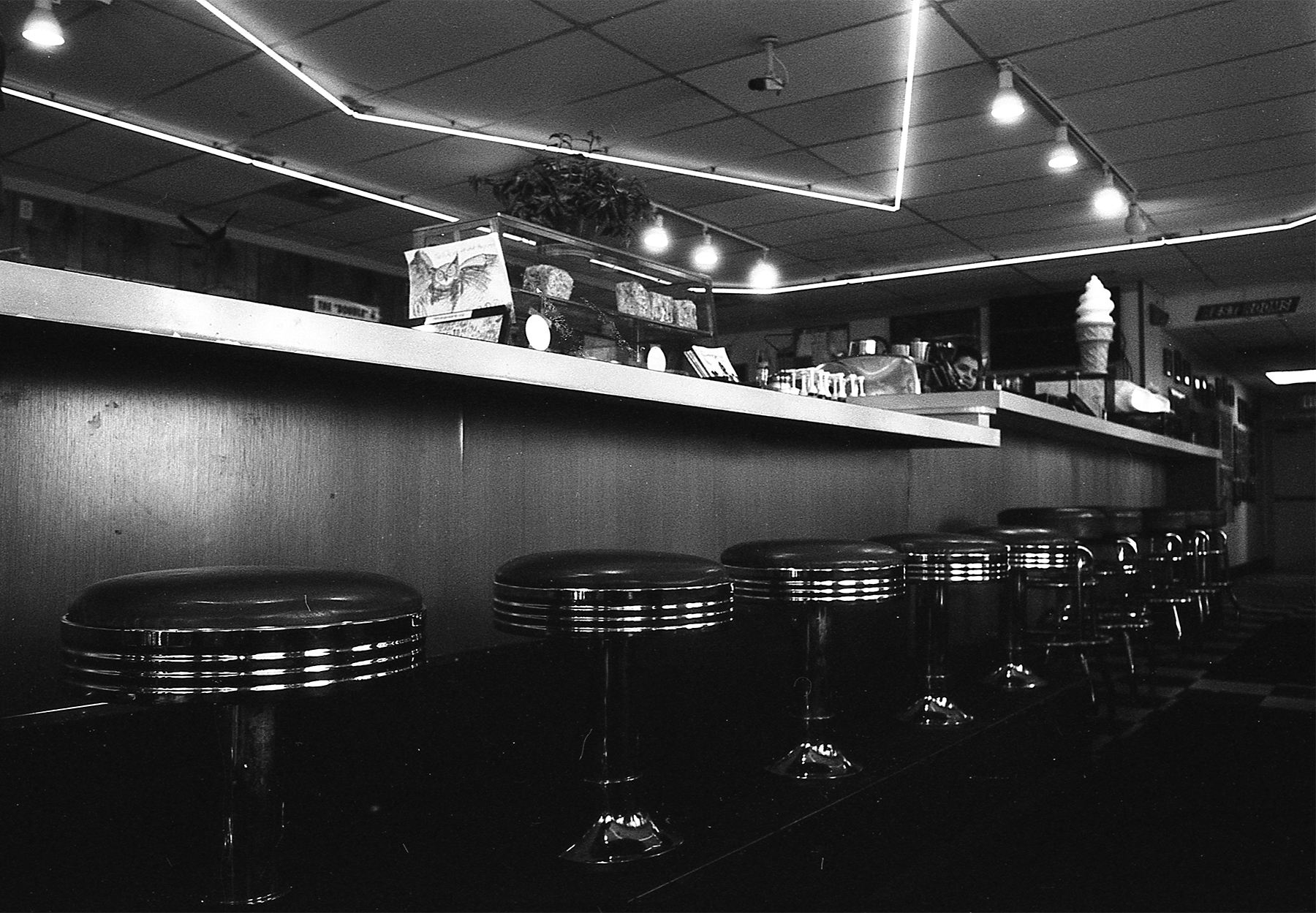 My first roll showed me it is a great film to take on travels.

What new films would you like to see on the market?
I want all of them, the old, the new, the forgotten. I want to keep having as much choice as possible. Since getting so into pinhole these past two years, I have wanted to try as many slow (100 and under) 120 films as possible. So more of those, especially.