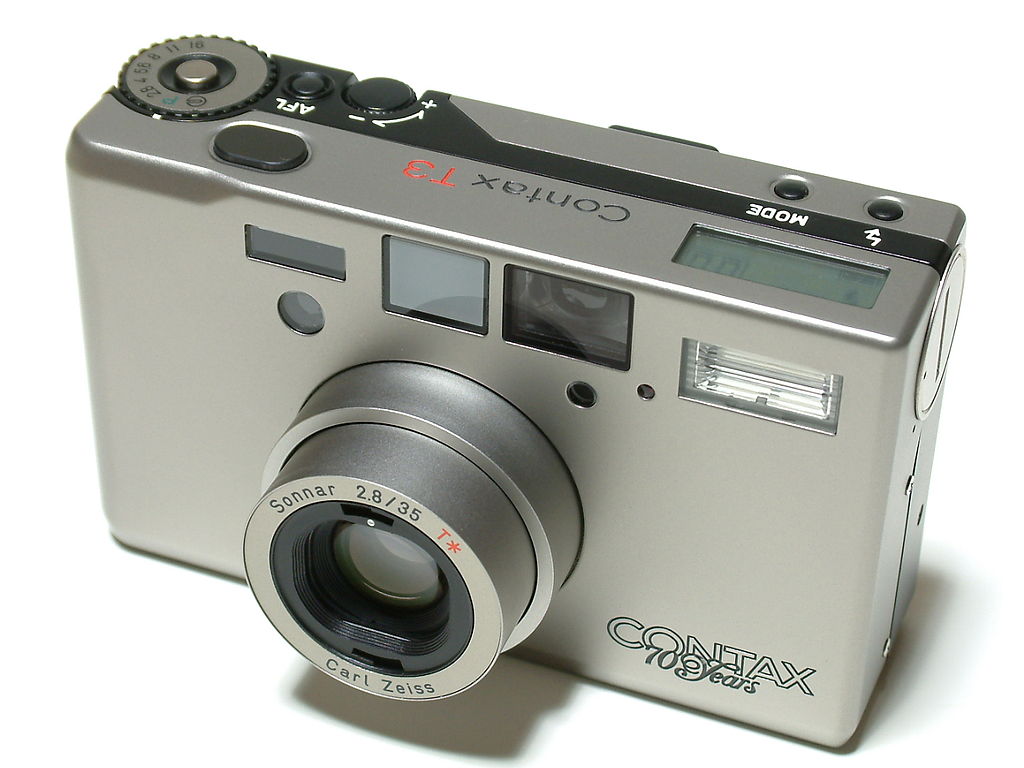 Home LOMOgraphy Here’s a whole list of stuff you could buy for the price...
KF article top

A few weeks back, Kosmo Foto reported the latest high-tide mark in the ever-rising price for premium compact film cameras.

One London camera shop, Sendean, listed a Contax T3 for sale at the list price of £1,900.

Kosmo Foto has written before about the issues with premium autofocus compact cameras, whose price continues to climb thanks to their adoption by celebrities such as Kylie Jenner.

These premium compact cameras – also including the likes of the Minolta TC1, Nikon 35Ti, Contax T2 and Yashica T4 – are incredibly capable, but increasingly difficult to repair. The newest of them is up to 20 years old, spare parts are getting harder to find, and their complex electronics prove more likely to fail with every passing year.

So Kosmo Foto has decided to put together a list of what else you could buy right now for £1,900. It doesn’t include postage, and the items were correct at time of writing (Monday 4 February). It just goes to show you there’s a whole lot of film photography equipment out there for a fraction of the price of the overheating T3.

Solarcan, from Solarcan (£15.95)
Sam Cornwell’s ingenious invention brings the world of solar photography into a pint-sized receptacle. Nail it to a post, tree or other inanimate object and you can capture glorious long-exposure shots of the Sun.

Analogue Adventurer Kit from Little Vintage Photography, UK (£15)
Rachel Brewster-Wright is a champion of all things analogue in the UK, and her Analogue Adventurer Kit is the perfect gateway into the world of film – it’s a kit to build a pinhole viewer and way of capturing solar photographs, using only the power of the Sun.

Minox 35AL from MW Classic, London, UK (£39)
A simplified Minox 35mm camera, swapping the rangefinder for Olympus Trip 35-style distance settings. From one of the best used dealers in the UK, too.

Olympus XA3 from Camera World, UK (£75)
An updated version of Olympus’s much-loved XA2 viewfinder camera, the XA3 is much harder to find. Camera World have one now.

PhotoMemo notebooks from ShootFilmCo, USA (£7.50)
Mike Padua’s notebook are designed specifically for film photographers, with space to note down film, camera, lens, and processing details. A really great idea at a nice price.

Dubble Sunstroke film from Dubble, Spain (£10.80)
Duble is a fantastic range of pre-exposed colour films masterminded by ex LOMOgraphy UK manager Adam Scott. My pick of the bunch is the warm and woozy Sunstroke.

Exakta VX1000 from Mr Cad, London, UK (£199)
Mr Cad’s Victoria store is an Aladdin’s cave of cameras, lenses, accessories and more. The VX1000 is a suitably old-school purchase; it’s regarded as one of the best cameras in the illustrious Exakta range.

Nikon F5 body, from Central Camera, Chicago, USA (£342)
One quick jump across the pond, because less than £350 for an F5 body is a steal. One of the greatest 35mm SLRs ever made, for less than a fifth of the price of T3.

Kiev 60 kit from Clock Tower Cameras, Brighton, UK (£189)
A gym membership in camera form, the Kiev 60 is like a Soviet Pentax 67, and comes with fantastic lenses. Worth buying one of these brutes from a shop like Clock Tower to avoid some of the common minor faults such as wonky frame spacing.

Street Candy ATM400 film from Analogue Wonderland, UK (£7)
Analogue Wonderland is one of the new players of the UK film retail scene, and one of the films from its array of more than 200 is Street Candy, a cash machine surveillance film turned into 35mm stills film for the first time, thanks to the film blog One Year With Film Only.

What would you buy for the price of Contax T3? Let us know in the comments below.

a) I could buy so many lenses for my Nikon or Olympus cameras and still have money left over
b) An Olympus OM1 / OM2 or an SP or DC — five or them or, perhaps, even 10 if you’re good at ebay.
c) A Nikon FM2n with a titanium shutter and new seals for €349 available at nikonclassics-michalke.de (no tax if bought before March 29th!)
d) Leica M4-P and a lens from Voigtländer or second hand hand from Leica should be less than £1900 and if recently serviced should outlive most owners. Mine will outlive me.

For slightly less I was offered a Leica M6 with 50mm Summicron…
No comparison IMHO!

Yep, and the M6 is likely to stay shooting for a lot longer!

The F5 is a lot of camera for that price.

Very nice article but misses the mark entirely. Try putting a Nikon F3 in your pocket next time you go out for a drink or to a club. What the Contax T3, and all other 35ti, Mju II (etc.) solve is the following equation: analog film camera + great lens + great controls + pocket size. The real question in my mind is what Bellamy Hunt asked back in 2017: Why doesn’t anyone try to build a good pocketable film camera in 2019?? So of course, he stated his project (http://bit.ly/2JCQykw), but why do more companies not try to do… Read more »