When I launched Kosmo Foto Mono last year, part of the fun was wondering were all those rolls of film would be going to, and what parts of the world would be captured with them.

So far, most of the Kosmonauts posts have come from Europe and North America, but this one comes from somewhere a little more exotic – Costa Rica, in Central America.

I’m from Heredia, a province of Costa Rica.

I’ve been shooting for about a year. After taking a photography course, I wanted to buy a camera. Checking online I realized that a good digital camera was very expensive. So I thought that buying a film camera wasn’t a bad idea, because you learn photography in a more “pure” way. I bought a Pentax P3N and since that I don’t want to know anything about digital. I just love analogue photography. 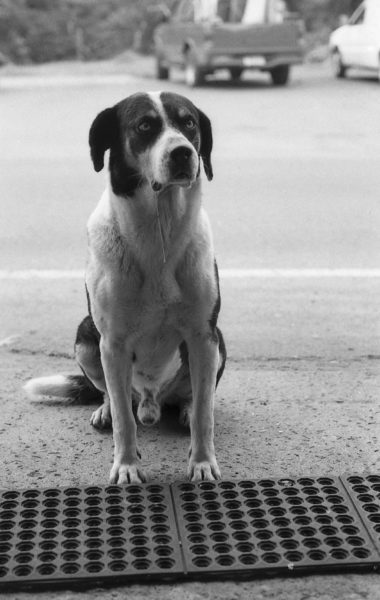 I shoot with the Pentax P3N, is my first camera so I keep a certain affection for it and it’s a good machine. For example, this Kosmo Foto Mono roll was shot with the P3N. Also I shoot with a Nikon N8008s and a Yashica rangefinder, an MG-1. Those are my most used cameras, nothing fancy.

I love Soviet stuff. Actually, I collect USSR coins since 2010. When I start to know about photography I was fascinated with Soviet, Russian and East German films and cameras. My first thought about Kosmo Foto Mono is the this film has the most beautiful package.  And the film itself, I love how the light behaves, it has nice contrast and a fine grain.

Like a lot of people, I’m waiting for Kodak Ektachrome. About new ones, well, I hope that this thing that is happening around film photography will grow a lot more and we can have plenty of brand new films. At this moment, we have to support all the initiatives like Kosmo Foto Mono.