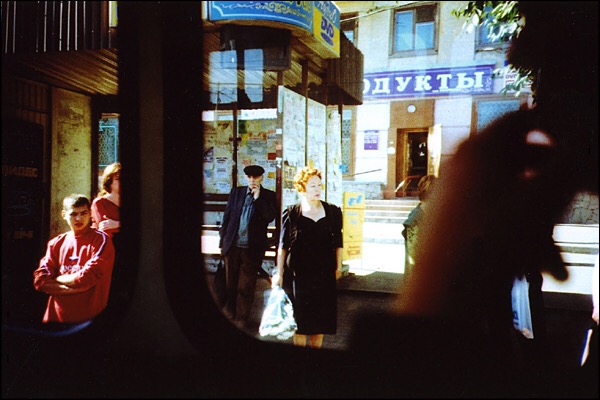 It was only when I started researching my trip across Russia that I realised just how mysterious Russia’s vast interior was.

There were cities – huge, sprawling cities – that I had never heard of. Waypoints on the way from Moscow to Vladivostok, cities sprouting up amid the desolate emptiness of the steppes and the taiga.

Krasnoyarsk was one of them. Like Omsk, it was a city that spent the Cold War in isolation. There were military bases and various strategic industries that had to be kept from prying eyes. The middle of Siberia is a good place to hide them.

Krasnoyarsk is a little different to the majority of Russian cities on the Siberian plain. It’s near a range of foothills that break up the monotonous flatness of the steppe. It’s like going from the Dutch countryside to Switzerland after days of flat plains and forest.

I stayed on the edges of the city, in the house of a university lecturer who also runs tours and excursions to visitors. The city was a short bus ride away. Pulling in to the bus stop, this scene appeared almost by magic. The silhouette on the right is my friend Brendan, and the assembled figures frozen in a meaningless moment that nevertheless creates a rich backdrop. This is a shop scan off Kodak slide film – the contrast and colours really sing.