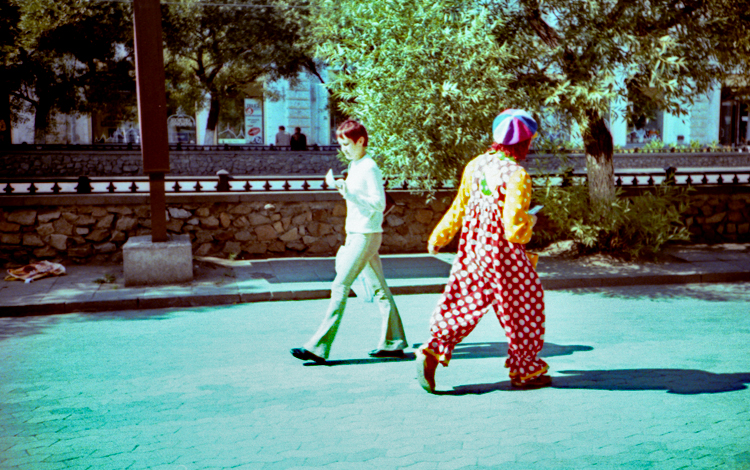 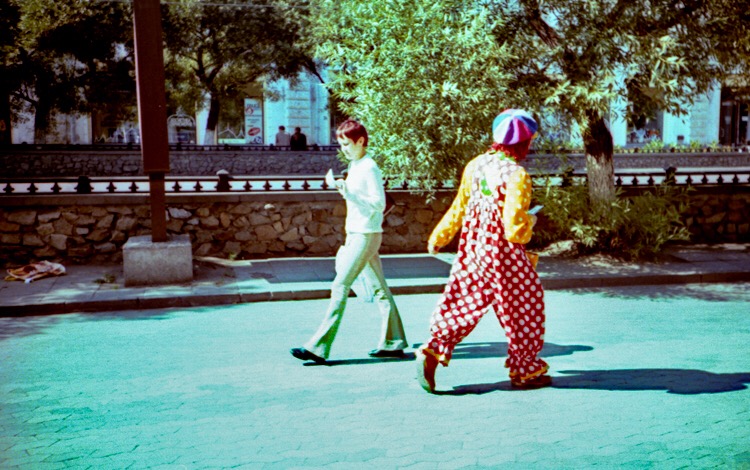 When I travelled across Russia in 2004, I visited cities that were closed to foreigners for decades.

One of these was Omsk. Deep within Siberia, Omsk was one of the cities that grew with the coming of the railway. In Tsarist times it became a place of exile and of culture – Dostoyevsky found himself exiled here in the 1840s, living in squalor in Omsk Prison for four years.

In Soviet times, much military industry was moved here, especially as German forces rolled eastwards in 1941. Omsk became a centre of tank design and construction, building thousands of tanks in the Cold War. It’s name disappeared off the map. Officially it did not exist.

Like many Siberian cities, Omsk was built with classical buildings on a magnificent scale – a civilised island amid the vast wilderness of Siberia.

I caught this shot on my LOMO LC-A during the heat of a summer’s day. The clown appeared in full get-up on the almost-deserted boulevard, and the woman walked toward him, barely sparing him a glance. I had time for one frame before they were out of shot.