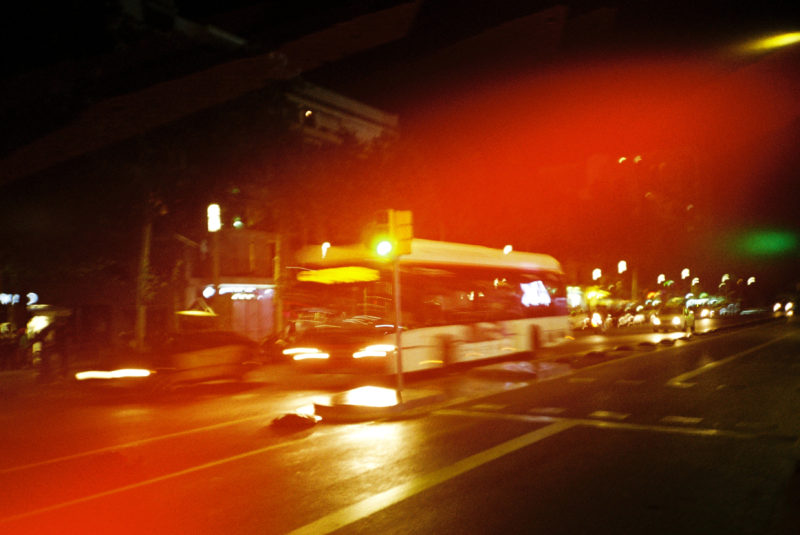 The team behind the Dubble multi-exposure picture app have launched a pair of new colour films that feature pre-exposure for creative effects.

The 35mm films – called Sunstroke and Moonstruck – were launched on Tuesday (24 October) in collaboration with film-maker KONO.

And co-founder Adam Scott has told Kosmo Foto that the films are the first in what he hopes is a range of films to bear the Dubble name, in collaboration with KONO, who are working on a brand new emulsion.

Sunstroke is a colour print film with reddish patches that look like the kind of light leaks users of Diana, Holga and other ‘toy cameras’ will be familiar with. Moonstruck, on the other hand, has a blue bias and less saturated, washed-out colour palette. Both films come in 24-exposure rolls and are both rated at ISO 200.

Scott told Kosmo Foto that the films are existing emulsions – their journey through the ‘Reanimator’ is what gives them their special characteristics.

“All our film is made using existing film stock and running it through a one-of-a-kind machine by KONO! called ‘The Reanimator’. Once the film has been reanimated we add the film name sticker to the film and canister. It has a very hand-made feel as you will see.

“The reanimated product range by both KONO! and Dubble film  will grow in the coming months .

“But the big goal for KONO! is to launch a completely new emulsion in 2018 on 35mm, 120 and 5×4. Initial test of this emulsion are very promising and it will be a completely new kind of film to hit the market.”

Scott gave no further details on whether the film would be colour or black-and-white.

KONO, which has been running since 2014, has brought out a range of experimental films, some of them based on scientific emulsions or cinema stock.

See more examples of the film in the gallery below:

It looks like film from a camera with light leaks and mistreated or expired film.. Not for me, it’s a complete rip-off in my opinion.

I’ve never understood why some folk desire unpredictability with film.

Interview #161: I am Toby Van de Velde and this is why I shoot film | EMULSIVE

[…] or announced in the 24 hours preceding this interview (Silberra’s ~7 new films and two from Dubble), which brings the total to around a dozen new films announced or released this year alone. It […]