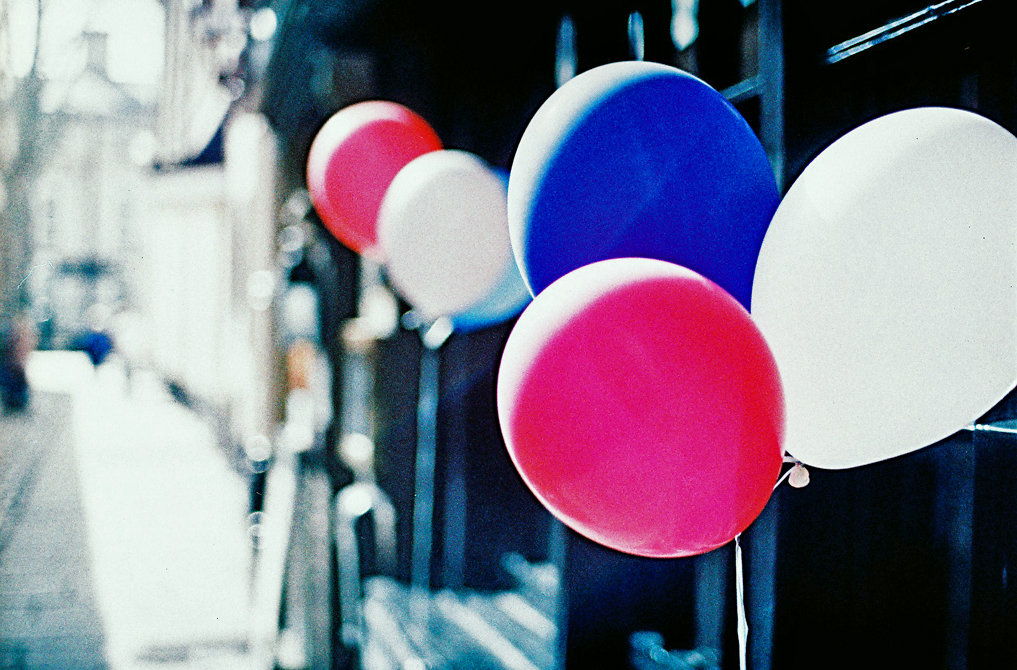 In the 1990s, you could still buy a huge range of slide films. While landscape photographers shot Fuji’s famous Velvia, and National Geographic photographers burned through bricks of Kodachrome on assignment, those on a budget had a range of ‘consumer’ slide films to shoot with.

Kodak had their Elite Chrome range, Fuji Sensia, and Konica had Chrome Centuria. And in Europe, German photography giant Agfa had another film designed to be used by amateurs and enthusiasts: CT100 Precisa.

Precisa was a 100-speed, daylight-balanced E6 film cheaper than Agfa’s pro-spec RSX slide film (which it was based on). Precisa was available in all sorts of bulk packs that must have appealed to holidaymakers – tubes and plastic tubs and blister packs, all that underlines that this was a film designed to capture summer escapes.

Precisa was an excellent, cheap slide film – but it gained an even better reputation for what it looked like when it was purposely developed into wrong chemicals.

“Cross processing” is the term for developing a film in a chemical process it wasn’t designed for – in the case of E6 films like Precisa, that means processing it in the C-41 chemical process normally used for negative films. This was a favoured trick of photographers looking for a more experimental look – it was a real hallmark of alternative fashion shoots and music magazines back in the 1980s and 90s, for instance. There are dramatic colour shifts, much more saturated tones, deep contrast and increased grain.

Just as every slide film has a characteristic look processed normally, they also have a different personality when they are cross-processed. It all depended on your personal taste. In Precisa’s case, cross-processing led to deep blues and reds, an atmospheric grain, and rich blacks.

This might have been a minor footnote had Precisa not been around for one of analogue photography’s most enduring experiments – LOMOgraphy.

LOMOgraphy began in the early 1990s with a group of Austrian art students using old Soviet and toy cameras, and cheap film – expired, or aimed at the budget-conscious. In Europe, at least, Precisa was the cheapest slide film you could get, which made it natural to pair with LOMO LC-As, Vivitar Ultra Wide and Slims and Action Samplers.

Many loved what the results they got – incredibly deep blue skies, and reds and golds that are rich and saturated. The effects were even more heightened when using the LOMO LC-A, which had a lens that tended to saturate films even more, and added further contrast with its corner vignetting.

Precisa, along with Kodak’s Elite Chrome films, soon became the go-to film for cross processing. Many of the photographs that helped spread the cult of LOMOgraphy were taken on it.

But this popularity with experimental photographers wasn’t enough to save it. From 2000, ever-improving digital imaging started to take massive bites out of the film market. The bigger companies, like Agfa, looked most vulnerable.

As the decade rolled on, more and more film types were withdrawn – including Precisa. As popular as it was with LOMOgraphers, the demand wasn’t anywhere enough to keep the giant film coating machines busy. Precisa was withdrawn in 2005. 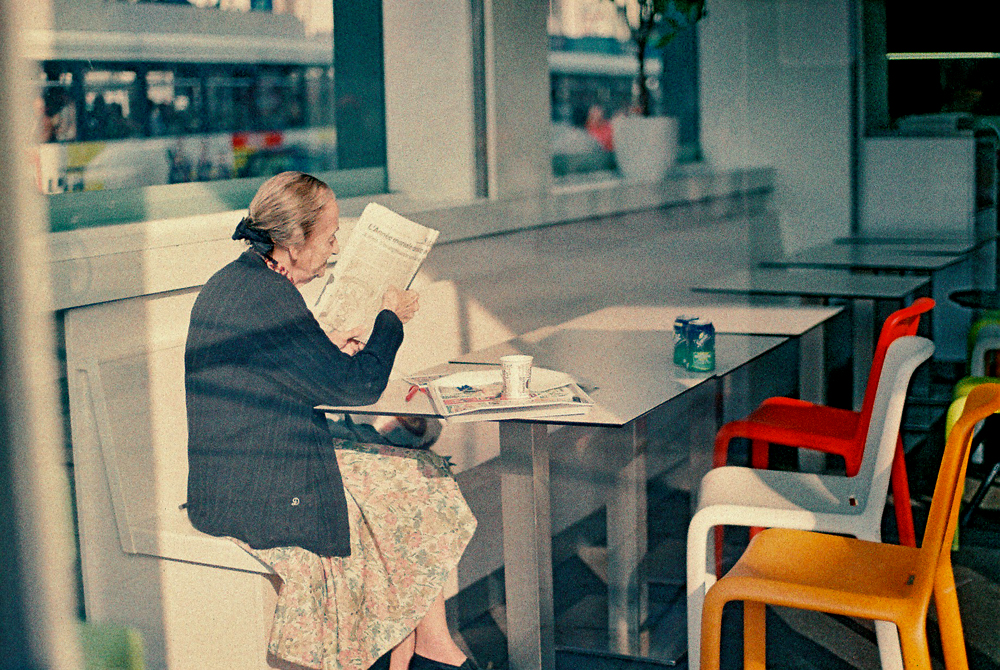 In the past 12 years, however, Precisa’s legend has only increased – especially when Kodak withdrew their Ektachrome slide films in 2011. That left only Fuji slide films, which either go an ugly purple or toxic green when cross-processed, and a rebadged version of Agfa’s 200-ISO RSX (which LOMOgraphy sells as its Xpro 200 film).

As stocks of Precisa dwindled, the only examples of the film available had to be hunted down on eBay. A once cheap-as-chips film has become steadily more expensive, despite the fact they are likely to be at least a decade past their use-by date.

Stocks of Precisa still pop up from time to time – the best place to look is eBay.de, the German site, though not all sellers will necessarily sell outside of Germany.

Such is Precisa’s legend that there’s a new version still available, in an almost identical box to the last original design. This Agfaphoto CT100 Precisa is actually rebadged Fuji Provia 100F; it’s a great slide firm, but goes a nightmarish green when cross-processed. If you find Precisa with Agfa in the old diamond logo, it’s the real deal.

(This excellent post on Flickr also shows how you can sniff out the old, xpro-friendly versions if you find rolls outside of the box)

There are several defunct films I’m sad to have seen shuffle off… Fuji’s fantastic Neopan, Elite Chrome and the wonderful Kodak E100VS, Agfa Optima print film… but Precisa is the number one film I wish would be brought back from the dead.

Cross-processing is a great way to reboot creative photography, giving a slightly surreal colour saturation that really makes the pictures stand out. And until the news that Film Ferrania was bringing the old Ferrania 100 chrome film back, and Kodak was resurrecting Ektachrome, there was a real gap in the market.

Through careful eBay sleuthing I’ve managed to pick up around 100 rolls of the original Precisa that now sit in my film freezer; this should be enough for another four or five years’ shooting.

Whenever I head away on my travels, I always make sure I’ve got a few rolls of Precisa with me. Match them with compacts like the LOMO LC-A and the Cosina CX-2, and the results can be dramatic. The grain and warped colours also suit older cameras and lenses (the ones without modern anti-flare coatings). I’ve shot a lot of Precisa on my old Zenit E, usually with a Helios-44 58/2 lens attached. The results are often fantastic. Another favourite is an old KMZ Start, a behemoth of a Soviet SLR whose lens also really suits Precisa’s idiosyncratic look.

Keep your eyes open for rolls of this old film on eBay – developed as a negative, there really is nothing quite like it.

Check out more xpro Agfa CT100 Precisa pics on my Flickr set, or look through more images below.

These photos are all xpro? Then finally I get why people do it. I’ve only ever noticed the xpro photos on other films with the wackadoodle color shifts. I’m not a fan. These, however, are nice. Precisa was withdrawn 2 years before I returned to photography after a long absence.

They sure are. The results very so much from film to film…. Precisa and Kodak’s slides are the bee’s kness for this stuff. Avoid the evil green of Fuji!

Wonderful photos, particularly the lead photo with the balloons is superb, the colors, grain, composition it all works. Thanks for sharing, I wish I had a chance to shoot the film.

Thanks Marcus, glad you liked them. Keep your eyes open on eBay, and look for the diamond logo.