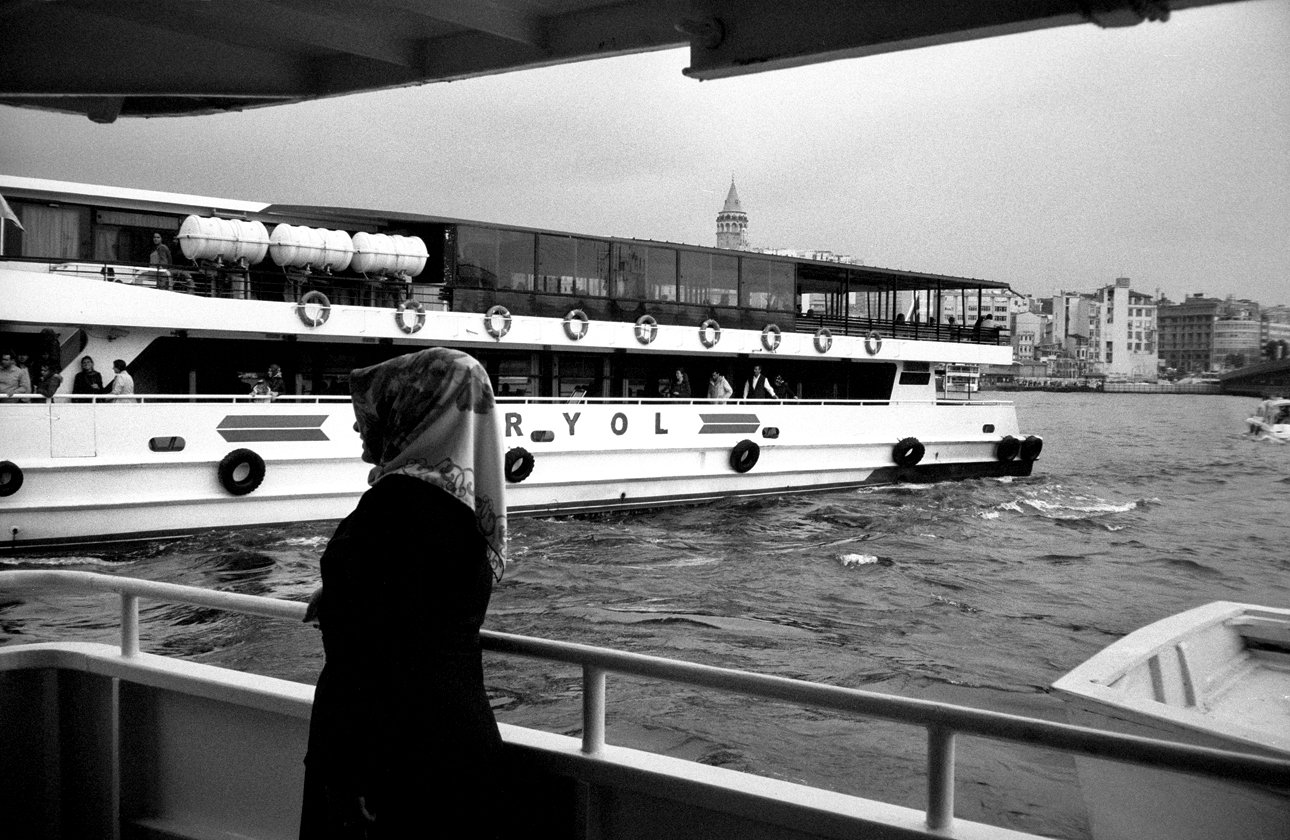 Istanbul in October. The days are drawing shorter. The tourist hordes – trains of slow-moving sightseers snaking their way from Byzantine church to towering mosque – have begun to dissipate. The hotels start reducing their rates. The calls from the quayside to join a Bosphorus cruise become a little less frenetic.

But you couldn’t exactly call the city is quiet. There might be fewer selfie sticks and maps being unfurled on street corners, but it is still home to as many as 18 million people commuting, shopping, eating, smoking. Stand on the quayside at Eminonu during rush-hour, and you might think that half of them were trying to push past you.

The light’s not as strong and long-lasting as you find in the summer, but the overcast conditions are perfect for black and white film.

I spent a few days in October back in Istanbul, some 18 months since I’d last been there. It was a bit of a last-minute trip with a couple of friends; there was no time to catch up with any of my friends who live there, just to explore the city and rattle off a few films as we did so.

I usually use my trips to Istanbul as an opportunity to load up my camera bag with a handful of cameras and shoot on the hoof. This time I had a loan of a Lomo LC-A 120 medium format camera that I think will be come a regular for future visits; another was the FED 50, an 80s-era viewfinder camera styled like a Soviet answer to the Olympus Trip.

The FED 50’s a chunky, easy to use camera (it was recently reviewed on the blog) which is almost as quiet as a rangefinder, but has touch of the shoot-from-the-hip style of the Lomo LC-A. It’s blessed with a cracking lens and a good compact to have in the bag for some off-the-cuff shooting.

I loaded a roll of Fomapan 100 in the Fed on the walk down from the old Greek part of the city, across the Galata Bridge spanning the inky water of the Golden Horn, festooned with anglers and criss-crossing ferries belching black smoke, through the underground passages filled with kiosks and cheap Chinese toys, past the chestnut sellers and the fish cafes and finally onto a ferry taking a cruise up the Bosphorus.

The ferries are an extension of Istanbul’s crowded, chaotic, charismatic streets, and fantastic locations for street photography. If you’re planning a photo-taking visit to Istanbul – and anyone who’s serious about developing their street photography should do – you need to spend time on them. They’re as rich and varied as any street corner, offering moments of local life above the black waters.

Check out more images in my Flickr Istanbul set.

A very beautiful set of images, very evocative and I fell like being there…! I would love to see some photos taken with the LCA-120, are you publishing them soon?

Hello there. Many thanks for your comment. Yes, the LC-A 120 pics will follow in a post fairly soon – should be up by the end of the month.

Like AND dislike– call me for a tea next time, fella!