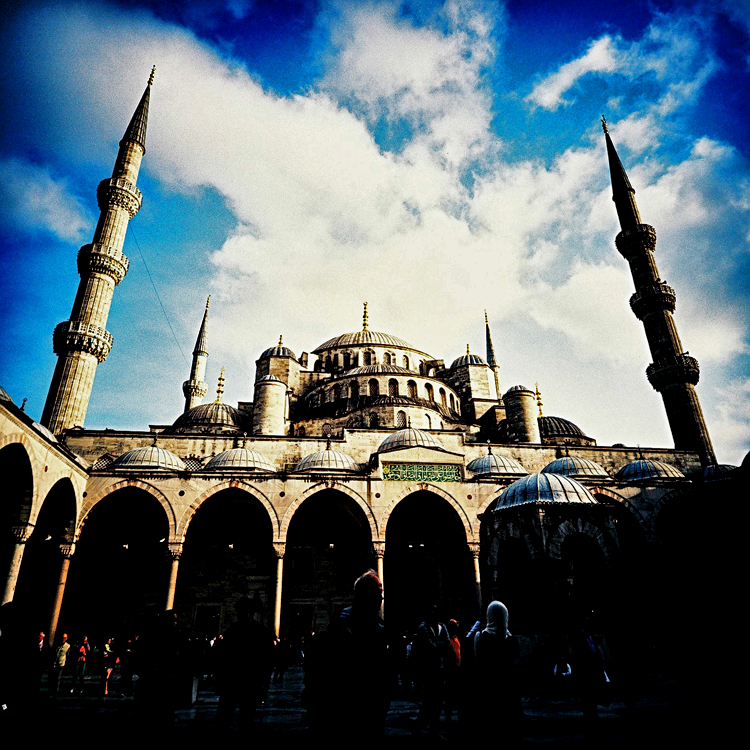 Lomo cameras and Istanbul are a match made in heaven.

In most of my previous visits to this city I took a Lomo LC-A or LC-Wide along with me. But last month’s trip was the first time I’d brought the medium format version, the Lomo LC-A 120, along for the ride.

Lomography UK have very kindly let me borrow an LC-A 120 twice before – once in the run-up to last Christmas, where I took it to Brighton for some chilly seaside sun, and earlier this year for a quick trip to Malta. Each time I was blown away by the camera’s definition – the wide-angle 38/4.5 lens (equivalent to 24mm on a 35mm camera) packs in an awful lot of the world, but the camera’s minimum focusing distance of .8m (2.6ft) means you can get very close to fill the frame with your subject.

On a fleeting visit to Istanbul last month I managed to borrow the LC-A 120 once again, and managed to shoot a handful of rolls.

Sunshine was intermittent, so I wasn’t able to truly make the most of xpro’d slide film; but a morning spent at the top of the Galata Tower showed a hint of what the LC-A 120 might be able to capture in brilliant sunshine; the terracotta roofs dissolving into the Golden Horn, Sultanhmet a skyline of minarets in the distance, all framed within the blue-black vignetting. This is why I’ve stuck with shoot on Lomo cameras for the last 15 years. When it looks good, it’s fantastic.

There wasn’t enough time to stalk the streets very much with the 120, but I’ll definitely stash it in the bag next time for just that; hold it up to your eyes and you’ll be hard to miss (though light, the LC-A 120  certainly isn’t compact) but the zone-focusing and wide-angle lens can let you shoot less obtrusively from the hip. Guess the distance, and fire from the hip, and you should have an excellent chance of getting the shot you want. That 6×6 frame means you can crop quite heavily, too, which is useful if your composition is slightly off.

Expecting acres of sunshine, I’d neglected to bring anything faster than 100 speed colour film, which meant indoors the LC-A 120 was shooting slow enough for camera shake to be a real issue. But the shots I do have from the likes of the Spice Bazaar aren’t too bad considering. The LC-A 120, like its smaller cousins, is a viewfinder camera, so there’s no mirror to slap and cause internal vibrations.

This quick snapping session told me one thing – as ever, another trip to Istanbul can’t come soon enough, and that I need to spend some serious time with an LC-A 120 in the city’s streets, mosques and markets.

Beautiful! I am very jealous for the trip and the camera! It is surprising how you managed to create such a different mood compared to the photos in black and white, seems like a totally different trip.

Thanks Oriol – very kind of you. Yes, it’s amazing what a difference you can get from different film stock and cameras. There’s a handful of rolls from a Minolta SRT still to develop too…

When are you going to buy your own? Seriously, Great colorful photos.

Ha ha. I’m sure Lomography are asking the same thing. It’s top of the to-buy list for 2016.