When the camera bug bites, it’s rarely just a scratch.

It’s now more than 20 years since I first started collecting – and more importantly using – old cameras. I’ve discovered cameras that inspire and perplex in almost equal measure. And almost every year, without fail, more bodies get added to the collection.

At least, I can argue, since I shoot with them, I put them to use at least some of the time. And like many drawn – or drawn back – to the transfixing flame of film photography, I find what others are shooting with as fascinating as what is in my own collection.

A little while ago, a asked a group of fellow film camera bloggers if they fancied doing something together. All of us review different film cameras for our blogs, but we don’t often do teasers as for what might have been in the pending pile. So I challenged them to write a little about three cameras they had used over 2022 (and even better if they hadn’t actually reviewed them).

They have risen to the occasion, and you can see their posts here:

While reviews have been a bit thin on Kosmo Foto this year (largely thanks to the oft-delayed launch of Agent Shadow), I have been shooting on an awful lot of cameras, including many tested for my online shop. These have included some trusty classics (hello Pentax ES II, for instance) but also a number of new-to-me models. Here are three that I picked out of the pile. 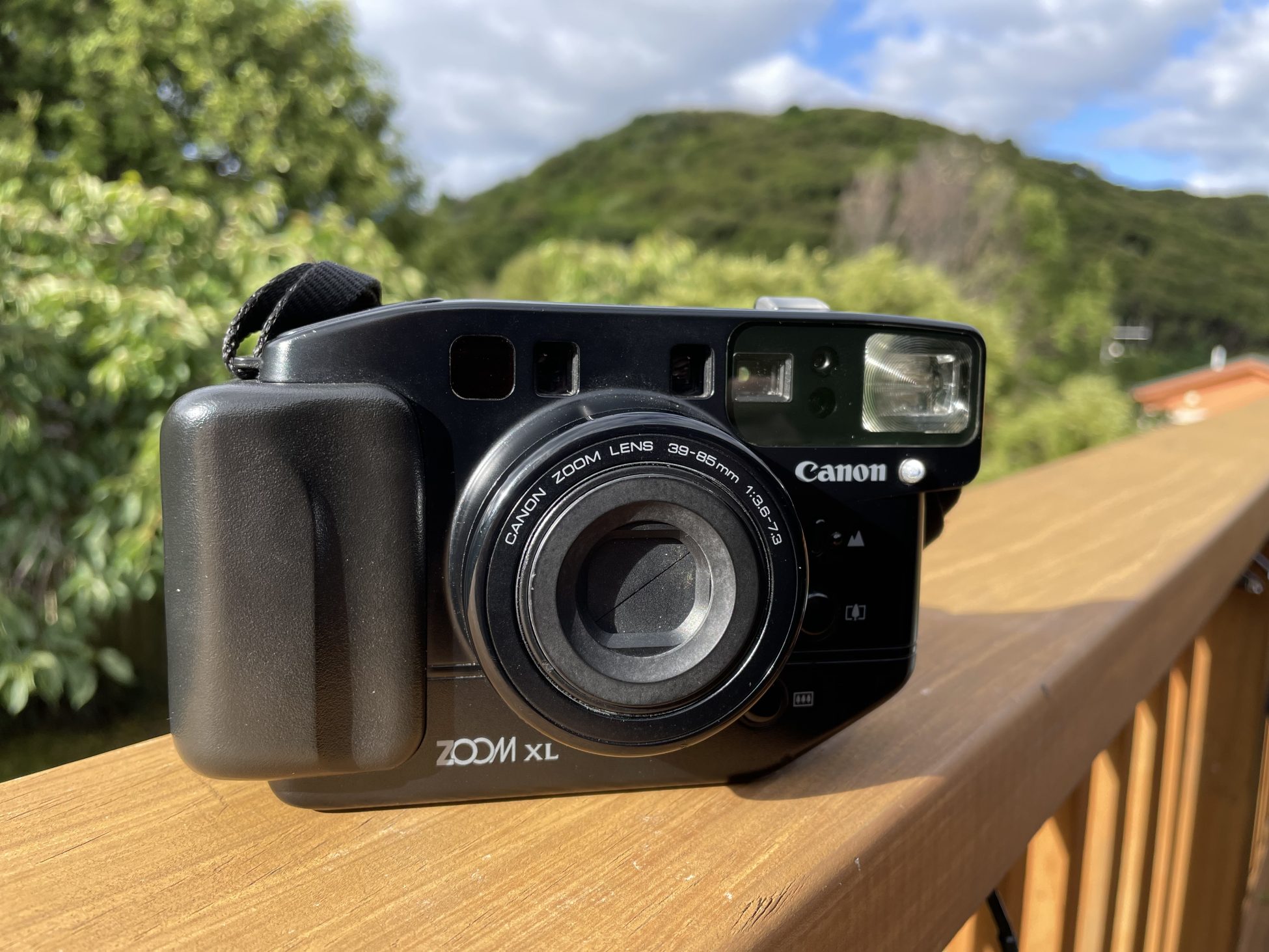 The Sure Shot Zoom XL is the compact camera that never got the memo about being… well…. compact. Launched by Canon in September 1989, the chunky Sure Shot Zoom XL featured some design stylings shared by some of the earliest models in the EOS SLR range, like the EOS 650.

The Sure Shot Zoom XL manages the not inconsequential feat of being both bulbous and unnecessarily angular all at the same time. The futuristic 80s stylings really do look like a fantasy camera that you might conjure up on an AI photo-generation engine. But get past its brutish looks and the Zoom XL is, wait for it, nothing less than fantastic.

One of these arrived last year in a box of compact cameras I got in an auction. It didn’t work and so went off to my repairer to coax back to life. But it had intrigued me so much that when I found another for sale in the meantime (from the excellent So Perfect Images) that I couldn’t resist it.

It turned out the Zoom XL’s zoom lens is, err, astonishing. This compact was intended to be an all-in-one travel camera for the kind of photographer who might otherwise bring an SLR and a bunch of lenses, and the camera’s 39-80mm lens is an optical champion.

I now have two of these, and have started taking them on trips away – first on a whistle-stop visit to Belgium, and soon on a month in New Zealand. Here’s hoping its not-so-svelte frame doesn’t tip me over the baggage allowance. 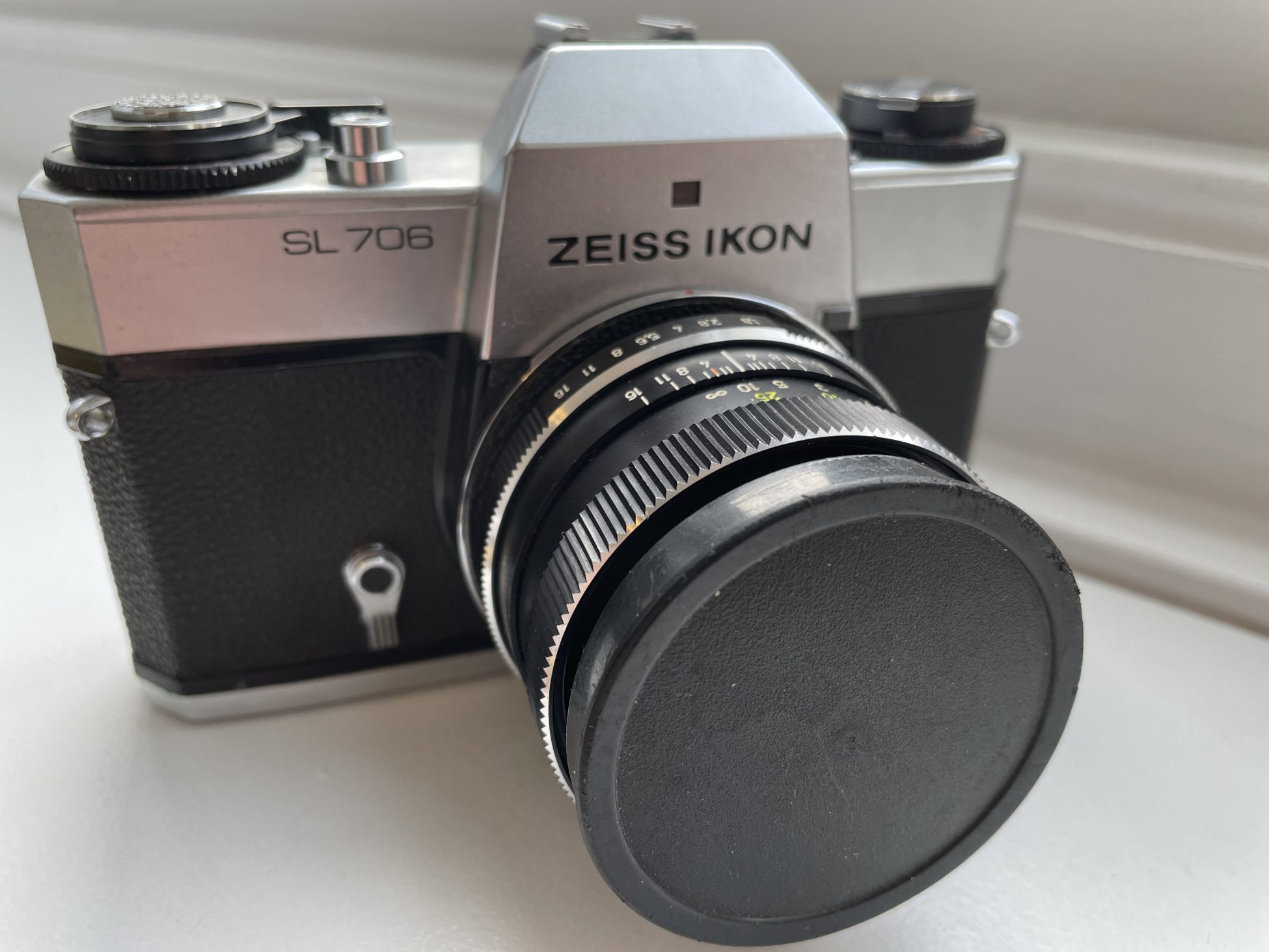 The M42 mount led to an avalanche of SLR models from the likes of Pentax, Chinon, Cosina, Pentacon and KMZ, among others, but alongside the common-as-muck models were a few rarer curios. Amongst these, count the Zeiss Ikon SL 706, the last model designed and released by the famous German camera maker in 1971. The SL 706 had a short production life – Zeiss Ikon had already decided to stop making cameras – but the camera lived on as the Voigtlander VSL 1. They’re common enough; the SL 706 is a rare beast indeed.

In fact, I’d never set eyes on one until a couple of years ago when I wrote a post on Kosmo Foto about US camera collector Paul Rybolt buying a storage container full of 1,500 cameras. The story went vintage-camera viral and sent a lot of traffic to Paul’s eBay store – so much that he offered to send me a camera to say thanks. The departed camera collector had not tied himself down to one genre of cameras. Was there an SL 706 among them? Indeed there was, and it was soon winging its way over to me.

It’s finally been the SL 706’s year, and I’ve taken it on photo walks, a week in the Welsh countryside and a trip across Italy in the blazing summer. The SL 706 isn’t blessed with pro camera specs but it’s straight out of the golden age of SLR design – heavy metal that feels reassuringly weighty. The Zeiss lenses made for it – including the 50/1.8 Color-Ultron standard lens – are nothing less than superb. 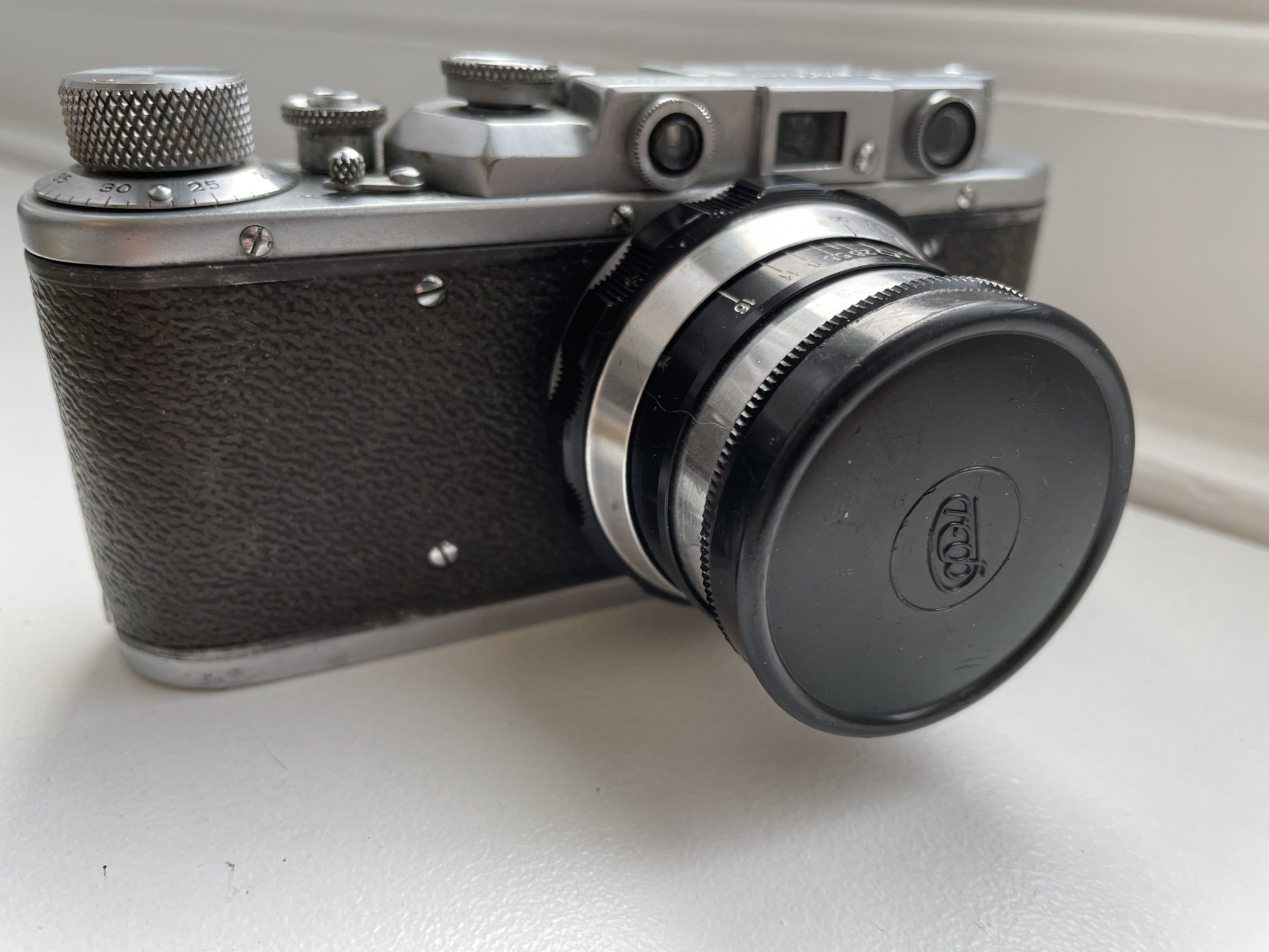 Despite collecting Soviet cameras for more than 20 years, I’ve always shied away from the USSR’s Barnack-style Leica copy rangefinders. The film loading seems needlessly fiddly and the focusing downright confusing. Then in 2021, an auction lot of Soviet cameras arrived, and among them was a FED 1 mocked up to look like a Leica II and a Zorki 1C.

The Zorki 1C was one of no less than 23 different varieties of the Zorki 1, a copy of the pre-WWII Leica II. It has shutter idiosyncratic shutter speeds of 1/20, 1/30 and 1/40. Its cloth shutter closes with a satisfying snap. The focus with one window, compose with the other set-up takes surprisingly little time to get used to. The film loading? Well, that is a pain in the proverbial (though probably worse in Soviet copies than it would be with the refined German original) but there’s something about shooting with this small, pleasing Leica-like that has become quite addictive.

The Ukrainian FED 1 and the Moscow-made Zorki 1 are very similar cameras, Soviet remakes of the oft-copied Leica II. Reliability wise the Zorki seems to have a better reputation, thanks to a supposedly more reliable shutter crate. Though these cameras would often come with a collapsible Industar lens based on the Leica’s Elmar, I’ve enjoyed using the Zorki with a much more recently made Industar-61 from a later FED camera. It’s a spectacularly capable lens with impressive sharpness, still available for next to nothing.

Good read about less than familiar cameras. Thanks Stephen and Happy New Year!