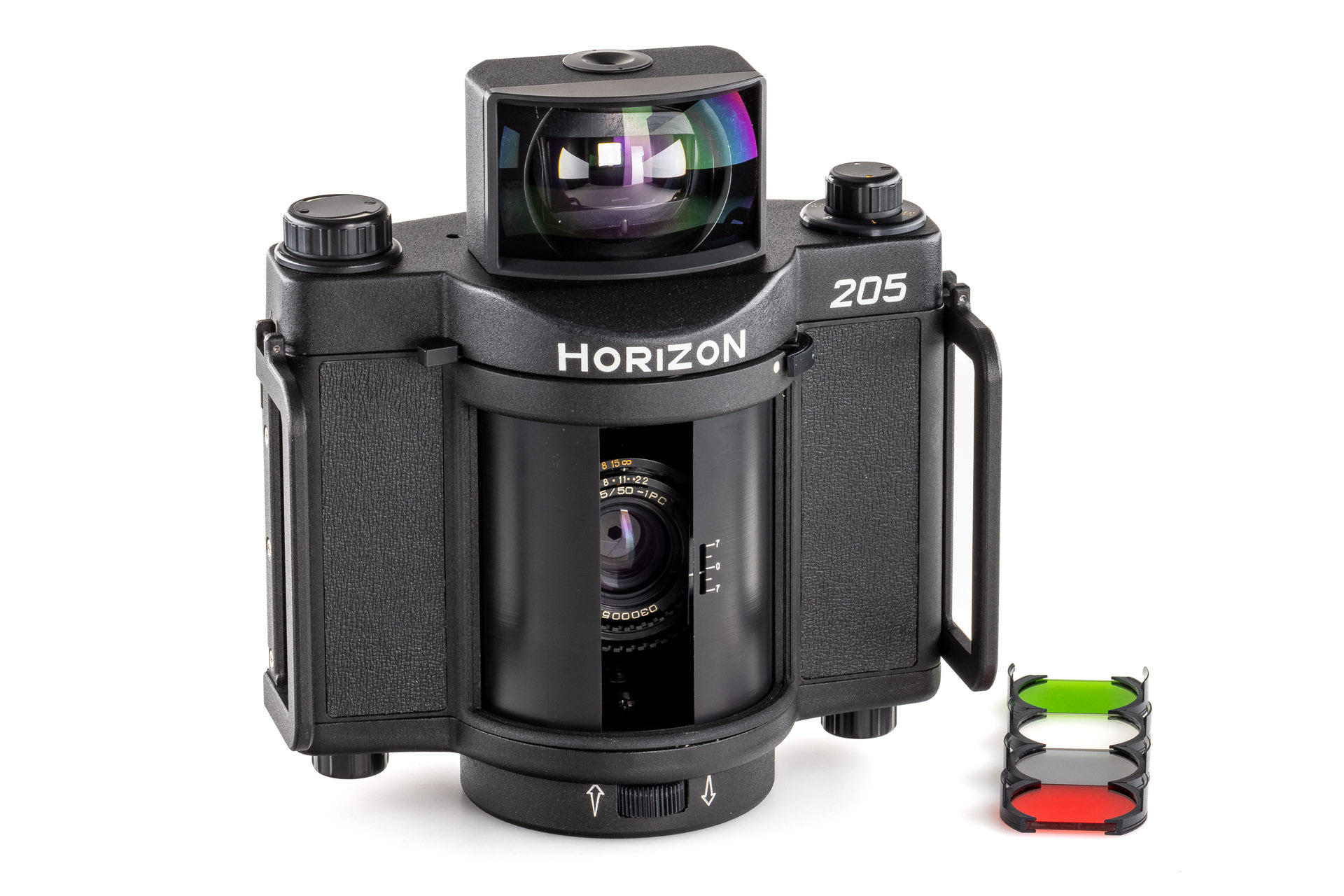 A number of rare Soviet cameras, including some prototypes, are among those being sold at the 41st Leitz Photographica Auction to be held in Austria later this month.

The cameras include a rare Horizon 205 medium format panoramic camera, a protoype Kiev-66 medium format SLR and what may the last example of the rare VOOMP 35mm rangefinder to have built.

The cameras go under the hammer at the Hotel Bristol in Vienna on 26 November.

(The cameras are viewable by choosing the “Russian cameras” category on the online catalogue page.)

The camera, which is believed to have been made in Leningrad during its siege during World War Two.

Leitz Photographica said: “The offered camera was made in 1944, already after the siege of Leningrad, and is probably the last example of the legendary VOOMP Pioneer. On the top plate, it shows the rare type of engravings – typical for the latest examples of this camera. The body is covered in a special type of vulcanite and is in beautiful, near-mint condition. It comes with an unnumbered GOI 3.5/50mm lens.

“For many years this unique camera was a part of the GOI museum – it did not leave the factory since February 1944.”

The VOOMP is joined by a rare prototype Horizon 205 camera made by KMZ. The camera, a 120-format camera based on the Horizon 202 35mm camera, includes four filters and the original Zenit-branded carrying case. According to Leitz Photographica, only around 20 of these cameras were produced as demonstration models. The camera is expected to fetch between €12,000 and €14,000 (£10,440 and £12,180).

The sale also includes a rare Kiev-66 prototype, the camera that would eventually become the Kiev-6C. “The technical basis for the shutter of this camera was provided by the earlier samples for the Kiev SKD space camera, the design was strongly inspired by the Pentacon Six and 1960s Zenit cameras,” Leitz Photographica says.

“The offered camera is a late prototype still showing unusual features of the industrial concept samples, like all-metal eccentric winding lever, different base plate, different strap lugs etc.” The camera comes with a Vega 90/2.8 lens and is expected to sell for between €6,000 and €7,000 (£5,215 to £6,085).

Other Soviet photographica included in the sale are a rare 1960s-era Fedka FED rangefinder – one of the first 200 made of this model – and a pre-series of the first Zenit SLR from the 1950s.

I only actually go to your site when I’m really curious about an article. Your site is a horrible and unpleasant reading experience due to the myriad pop up ads.
I appreciate the information you provide to the photographic community but enduring the deluge of ads that comes with it makes a visit here not worth the effort.

Thanks for the feedback – I am trying to bring the level of ads down, but it’s proving more difficult than I thought.

I would add, however – ads are a necessary evil. This site costs a lot of money to keep running. It has to pay its way. People are loathe to pay a subscription.

Like Mr. Rosenberg, I truly dislike the number of pop-up adds & find it frustrating. However, this is a feature in many websites & I try to ignore them.