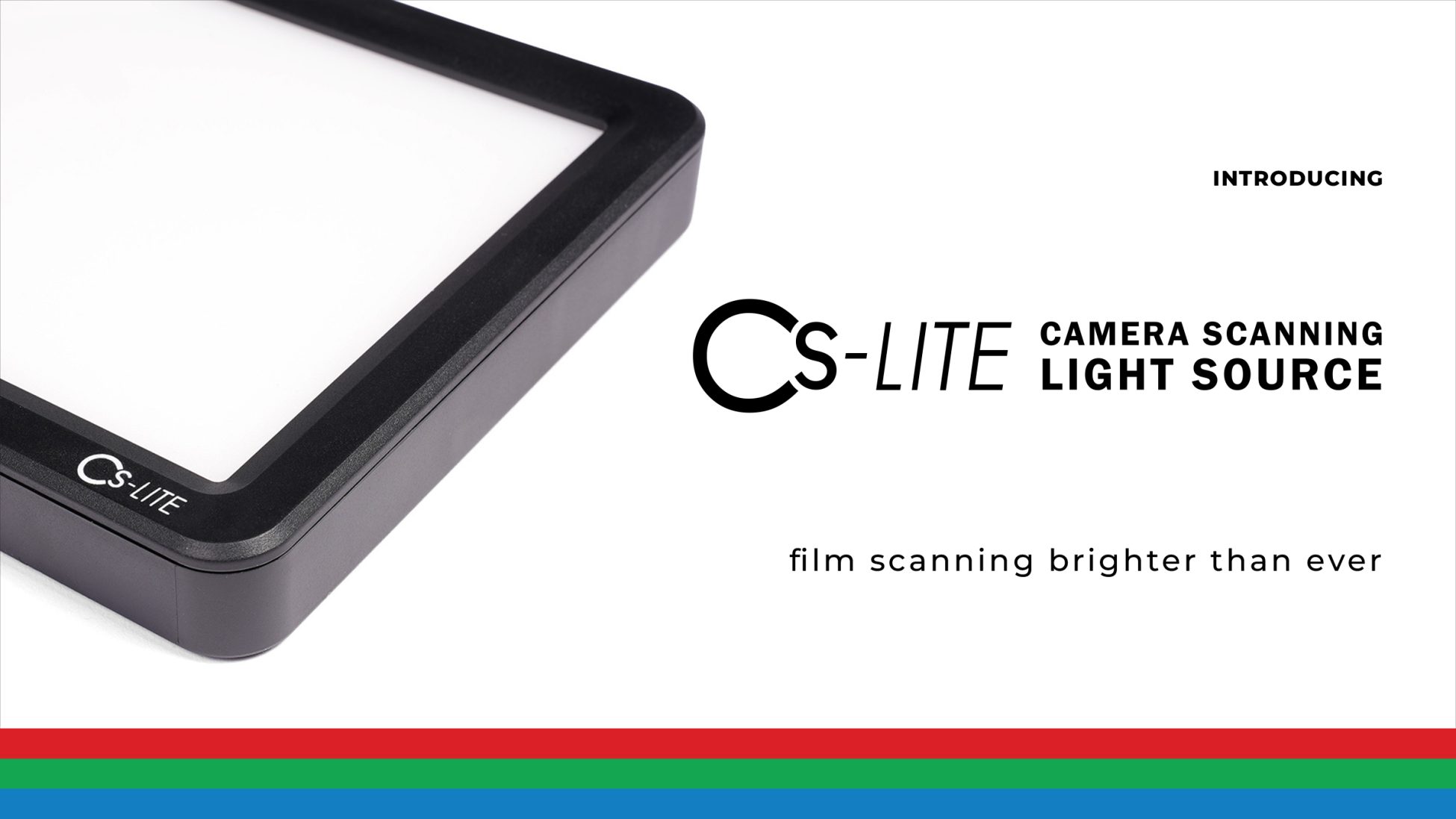 The US company said it is “a compact camera scanning light source, created to provide film photographers with higher-quality light output and improved colour management when it comes to scanning their favourite 35mm and medium format films with a digital camera”.

The CS-LITE is also being sold with other accessories to turn into a complete scanning mask and light set-up for DSLR scanning.

Cinestill said: “The CS-LITE is loaded with a handful of features in a tiny package that can easily fit into anyone’s current camera scanning workflow. The CS-LITE features a CRI of 95+ for high colour accuracy and a brightness of EV 15+ to provide a sufficient amount of illumination for even the densest of negatives.

“What sets the CS-LITE apart from other light sources on the market is its ability to adjust colour temperatures to properly suit different types of film, such as colour negative, colour positive, and black and white.”

The CS-LITE’s colour temperature is controlled by three different colour modes – a cool light mode, a white light mode and a warm light mode. “The Cool Light mode is intended for scanning colour negative film such as CineStill 800T, 400D,and 50D. Cool Light mode is designed to reduce the orange mask that is present in colour negative film to provide photographers with more neutral scans. Colour-balanced scans can result in better colour separation with less noise.

“The White Light mode is ideal for scanning black-and-white film, as well as slide film that has been processed with the CineStill Cs6DynamicChrome warm-tone developer. Lastly, the Warm Light mode is perfect for scanning slide film, as the tungsten-balanced light can produce richer tones and enhanced colour separation, especially within the red channel.”

Cinestill is also releasing two accessories alongside the CS-LITE; the CS-LiteMask universal carrier mask and the CS-LiteBrite light collimating sheet for brighter and sharper scans.

“The CS-LiteMask is a universal carrier mask that you can pair with pre-existing film carriers, like those made by Negative Supply, Valoi, LOMOgraphy, and more,” Cinestill said.  “Masking around the edges of the carrier helps to eliminate spill light, reducing unwanted reflections and maintaining uniformity across the entirety of your scans. This versatile solution is especially useful when paired with the ValoiI 360 carriers, which fit perfectly into the mask for a compact stabilized solution for holding your film in place when digitising.

“The CS-LiteBrite is a light collimating sheet that increases the directional light output, further reduces the spill light, and enhances diffusion uniformity. A single CS-LiteBrite sheet placed directly on the light source increases brightness of the CS-LITE by 60%, resulting in sharper and higher quality scans.”

The CS-LITE and its accessories will have a retail price of $34.95 but Cinestill said in the run up to Christmas it will be $29.99, available from the Cinestill and Valoi websites.

I am in the process of setting up for DSLR scanning now that I’ve moved (to the UK) and got rid of my old flatbed scanner. I jumped onto the CineStill website to get one of these, but international shipping requires a significant purchase, well beyond the cost of the the CS-Lite. Any chance you’re going to bring some of these into the UK for distribution?